After coming to terms with some teething problems in Microsoft’s new operating system, Rob Jamieson is looking forward to full CAD software support for Windows 7. It will be hard to return to Vista or XP.

When I first wrote about Windows Vista, I excitedly predicted that 64-bit would free up CAD software. Unfortunately, it did not quite happen that way. In general, there were problems with getting some of the CAD software to work effectively on the new platform and in some cases there were performance/usability issues as well.

Now Windows 7 is shipping and Vista seems like such a long time ago, but will Microsoft deliver with this new operating system? Over the past few weeks I have been dipping my toes in to see what it is like. There is an awful lot to Windows 7, and I will need to spend more time with it to get a proper feel, but here are my initial experiences.

I decided to install Windows 7 on an old workstation laptop to see how it would cope. I had a choice to install on my existing partition, and perform an upgrade of Windows XP, or start afresh. As I had backed up all the data I needed, I formatted the drive to start from scratch. It took a little while to go through the install screens but once finished I was pleasantly surprised that Windows 7 had installed most of the device drivers I needed.

I then installed some anti virus software and went online to do a Windows update. This added a few more device drivers, for things like the laptop’s fingerprint scanner, which impressed me.

The OS installed a basic graphics driver, but not a certified one and, as the graphics chip in my mobile workstation did not have a dedicated Windows 7 driver, I opted for a Vista one. This installed and worked without an issue, so now it was time to do some testing.

Bootup time in Windows 7 is quick and I went straight to do some simple web browsing and this felt quicker too. I quite like the translucent Window frames, Aero peak and snap features. The taskbar is neater with bigger icons that are easier to read. The taskbar is not full of junk and only displays what you really need. But I guess what you really want to know is if, and how, CAD software worked with it?

I have access to trial versions of Autodesk software, so I tried these first. Inventor 2009 had a license problem and would not start. Inventor 2010 worked and I loaded up and viewed a few assemblies with no problems. I loaded a larger assembly and it warned I was running out of RAM and then locked up. I was on a 32-bit version of Windows 7 with 2GB memory so I can forgive it a little. That said Windows was using a lot of RAM. The resource monitor is better than XP’s but I was not sure it was reporting everything properly.

OpenGL for 3D graphics is implemented as it was via Vista — if you install a professional graphics card a full OpenGL kernel is installed. I tested multiple OpenGL applications at the same time as some using DX. I am not sure the full performance was there, but it is still early days.

While I was testing (OK, I was having lunch) Windows did an update and forced a restart. Word recovered my documents, but some CAD software did not, and my minor edits were lost. Not good.

I have always thought control should be with the user, and not with the operating system to decide to do a forced restart.

Windows 7 continues to update some technologies that started with Vista. Some elements of WinFS (Windows Future Storage), a data storage and management system based on relational databases, are in there. This can be experienced in the enhanced search functions and the file system also feels quicker in use. Considering all the increases in our file sizes since 2001 when XP was launched, this can only be a good thing. 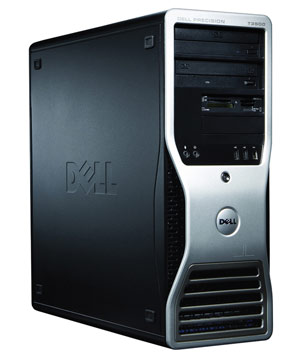 Rob Jamieson is a marketing manager at AMD.

In Windows 7, Direct X gets a big update to version 11 and a number of CAD software programs use this 3D engine. DX 10 was adopted but most implementations did not offer much performance over DX 9 with Vista. I could write a whole article on DX 11 but here are a few highlights.

The first is the tesselator, which can simplify the mesh of a model to increase performance, and can be calculated by the GPU. In addition to graphics, there are also applications for CAD/CAE and the technology could be utilised in stress analysis software.

Another feature of DX 11 is direct compute. This means a GPU can be used for more than just graphic calculations, including physics or thermo fluids simulation. Transparencies are supported in a better way through hardware and this will be very useful in CAD. Eyefinity is part of ATI’s DX 11 implementation and means a single GPU can support up to six monitors (OK, shameless plug over). While DX 11 is at the heart of Windows 7 it will also be available for Windows Vista.

Of course, all of this underlying technology needs to be supported by your CAD software to reap the opportunities of Windows 7 and it is still early days. My advice would be maybe do not implement Windows 7 until your software developer certifies it. This will most likely be through a new release or, at the very least, a service pack. Overall, I like the usability of Windows 7 and as I write this article in Microsoft Word on the new Operating System I think going back to Vista, never mind XP, is going to be hard.

Rob Jamieson is a marketing manager at AMD. This article is his own opinion and may not represent AMD’s positions, strategies or opinions.