In the first of his two articles this month, Rob Jamieson takes a closer look at the balance between value and service in the CAD software industry.

IÝve recently been re-awakened by an old hobby of mine which has meant that IÝve been spending a lot of time on eBay looking for parts. What has surprised me is that people pay more than the price for new products but only if they are well known brands. You could put this down to a bidding frenzy but I think that it is because people recognise the value of premium brands and the services that these brands offer. The same applies to the CAD industry.

Today there are so many ways to buy products, CAD software included. CAD software consists of mainly IP (Intellectual Property) and has few physical components so it can be purchased in different ways. There are hot debates around which are the best ways to sell software. Some software can be purchased online, as there are no physical objects to distribute, and support can be given online by a forum. The opposite approach is to purchase it from a local dealer who will supply, support and install the software for you.

From the manufacturerÝs perspective the first approach is the cheaper way to distribute the product but then they donÝt have their local resellers evangelising about how good their stuff is. These resellers also offer local support and feedback to the creators. I once had an American software developer in the CAD industry tell me that, in Europe, the metric engineering default unit was the cm and it messed his plans up when I informed him it was mm. However, this demonstrates at a basic level that local feedback is important.

One of the most important things about having a local point of contact from which to purchase, and therefore ensure infrastructure support, is that generally they are awake at the same time that you are. This means you can ring them up and talk to them! In most design departments there are peaks in business demand and IÝve been involved where the reseller has either provided manpower or created standard parts or layouts quickly so that deadlines can be met. As the reseller is relatively local they should understand your business.

If your company has its own ýinside expert¯ some of this work can be done by them. One of the biggest problems for a company is keeping these experts within the company, as multi-discipline staff are always in demand. People that understand what your company makes, and have experience in CAD administration as well, have transferable skills that many other companies want.

The other side of all this is where manufacturers keep all of the standards to themselves so that people have to buy their next product. The hardware industry is littered with such examples. However, I have my own to draw on. 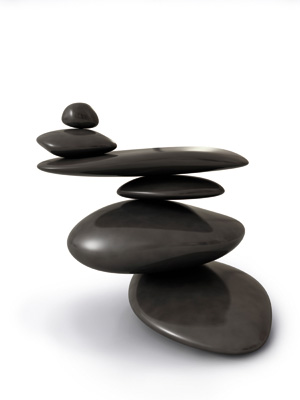 When I was an IT manager in a group of companies, the corporate policy was to have a mini computer system based on a flavour of Unix. It was a good implementation for the time, not least because it stored all the accounts and resource planning on it, and so was crucial to the company. After three years (in the good old days hardware signoff was five years at least) I began getting some reports of drive errors from the monitoring software. There had been a management buy out so I had no help from the guys who forced me down this route. We were well backed up but I needed it working so it didnÝt affect production but the support company said that as the drives were now obsolete (320MB 5.25 inch drive) that we would need to buy a new mini computer. This was ú30,000 at least just for the hardware.

The other option was a reconditioned drive, i.e. a used one which was ú1,000+ and bound to be just as old as the ones I had plus they only came with a three month warranty! I had no real choice but to buy from them; something that just wouldnÝt happen today since standardisation with PC components and systems has allowed choice and value. In fact, to keep to my budget I found in a magazine (the Internet was still young for this) a Ùjust launchedÝ three inch OEM 1GB drive for a PC system from the same manufacturer. The problem was that it wouldnÝt fit the cage in the system (this was deliberate I think by the manufacturer). So off I went to the shop floor and drilled some holes into some mild steel and made it fit. The production director was a little surprised that I could do this, but ú300 is a lot better than ú30,000!

A bit of driver trickery and a big lunch for the support companyÝs sales manager to say they would support it and it was still working fine two years later when I left the company. I had people waiting around to enter purchase orders so I had to act fast and the fact hardware support didnÝt cover this was bad but, because I had enough knowledge to fix it, I had become an inside expert.

Companies are constantly tinkering with different ways to market products ± certain products needing certain routes – until the captive audience model, as cited in the example above, becomes impossible to retain. This tends to apply to software more than hardware as it costs less to ship and can therefore become a commodity for which people then expect to pay less. The development costs are still there but if software companies continue to try and keep their software in some way proprietary with file formats etc, a cheaper and easier solution might come along and change the game. IÝm all for protecting intellectual property but this should always be balanced with increasing the feature count and furthering the course of technology in the knowledge that everything becomes mainstream in one way or another. Remember car phones? Now five year old children have their own phones, look how many garden design programs (CAD) there are available today?

Robert Jamieson works for the hardware manufacturer AMD. The opinions in the article are not necessary the opinions of AMD as a company.