Big data is already transforming the way that architects design buildings, but the combined forces of big data and virtual reality (VR) will advance the architectural practice by leaps and bounds.

Consider how far architects have come – before even integrating VR – using data from sensors and crowdsourcing.

A few years ago, the John F Kennedy School of Government at Harvard University hired Sasaki Associates to run a master-planning exercise, gathering feedback from students and faculty about the campus. The first question the Sasaki team tackled was, “How do the students get into the building?”

In the old days, my former firm (Pelli Clarke Pelli Architects) would just hire some college kid to sit out there with a clicker and click, click, click every time someone entered the building. More recently, the Sasaki team used its MyCampus programme to track student movement in and out of buildings. They also asked Kennedy School students to draw diagrams of their paths through that section of Harvard’s campus, to wit: “Where do you start, and where do you end up?”

In the end, they discovered the main entrance for K School students was almost never through the front door. To the Sasaki team’s surprise, everybody cut through the loading dock.

It’s reminiscent of how design and construction teams used to build army bases. They would build all the structures, then wait for three to four weeks to see where everybody was walking. Anywhere the grass was worn, that’s where they paved to make a path. While that was clever planning, it’s primitive compared to Sasaki’s current methods – and especially to what’s coming up.

There’s a lot of data out there for architects to absorb – so much that it can be tough to figure out how to go about it. According to information- theory research, the brain is inundated with 11 million bits of data per second, yet it can only process around 50 bits at a time. But just as a photo is worth a thousand words, so is a VR experience worth thousands of data points. Infuse data into an immersive visual experience, and designers will be able to take it in more effectively and efficiently. 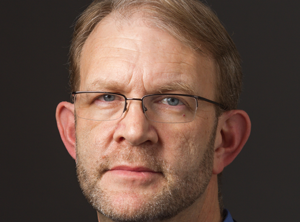 About the author
Phil Bernstein is an architect and an Autodesk Fellow. He teaches Professional Practice at Yale, where he received both his B.A. and his M.Arch. He is co-editor of Building (In) The Future: Recasting Labor in Architecture and BIM In Academia, and a Senior Fellow of the Design Futures Council.

What I suspect we’ll see more of in the future is behavioural modelling, not through complex system simulations, but using avatars (virtual people) with individual characteristics that interact accordingly.

When preparing a campus master plan of the future, architects can have class schedules, diagrams of the 40 or so relevant campus buildings, and an avatar representing each student. The master-plan proposal could be tested by running simulations of what people do at any time, day or night.

The opportunities possible with behaviour modelling are huge. I remember working on a project for Wake Forest University, designing a shared building for the law and business schools. Both schools had a lot of the same needs: number of classes, faculty offices, student activity offices, libraries and so on. But if you took all those individual needs for both schools and compiled them into one set of demand parameters, you’d end up with a building much bigger than it needed to be because of the enormous overlap.

Consulting with the fire marshal about exit requirements for that building, we argued that it wasn’t possible for every person to be in all spaces of the building simultaneously. A student couldn’t be in the classroom, the library, the courtyard, and the dining hall all at once, just as a faculty member couldn’t be in the cafeteria, her office, and a classroom at the same time. We eventually agreed that the overall demand for stuff like exit stairs and even toilets could be computed according to traffic estimates, resulting in a much more efficient building.

These sorts of data-based decisions will be much easier in the near future. If an architect wants to make her case to the fire marshal, she could just run the simulation in a virtual model and show them. I imagine that she’ll be able to buy a ‘Midwestern Liberal Arts campus student body’ of avatars, plop them into her simulation engine, and watch what they do all day long.

Then, when the school says, “We need a new English building”, the architect could start testing against the number of English majors, determine where people would have their previous class on campus based on actual schedules, and on and on. That is a major shift from experience and intuition to actual performative analysis based on big data.

Here at Yale, we’ll likely be doing the same thing soon, as the undergraduate population is scheduled to expand by 15% next year, with no new classrooms being built on campus.

I see you in the ICU

Another example of pairing the power of virtual reality and big data might be found in the design of intensive care units (ICUs) for a hospital. Any good health care firm has likely designed dozens of such units, and in theory, their designs have continually improved over the years.

When I was doing this work 20 years ago, the first thing we’d do is sit down with the client and ask, “How many beds do we need, how’s the building coming together, and what does the floor plan look like?”

Then we’d sit down with the staff, look at floor plans and iterate until we got a plan everybody thought would work. But once we built it, there’d be a million details and refinements left to resolve.

Contrast that with an ICU planning exercise that uses VR in the year 2022. Architects can gather usage data from 25 or 30 other ICUs, so they understand the traffic patterns. They’ll have a digital model of how materials flow through the hospital and can build a 3D model of the ICU.

Instead of the ICU staff looking at floor plans, which they can’t read anyway, they can walk through a virtualised environment (using a VR headset and something like Autodesk Live), so they can actually see and use the space.

The staff will be able to move the lights around, open doors and turn dials on the instruments. And we can present that with high-resolution 3D rendering, as if it’s a realistic game, or paint that environment with data to show our clients, quantitatively, what’s going on. They will quickly learn about the proposed space: How noisy is it? What’s the temperature like? How much air is moving into this particular location? And most importantly, how can we deliver the best care here?

There’s going to be much better data, both in terms of what’s happened in similar spaces and how architects can simulate the representation of what’s going to happen. And as a result, they’ll be able to make much better design decisions for future buildings.

This article originally appeared on Redshift, an Autodesk publication dedicated to designers, engineers, builders and makers that explores the future of making things, shares inspiring stories of innovation, and offers practical advice to help businesses succeed.