The HP Z2 Mini in the flesh

Similar in stature to the Apple Mac Mini, the HP Z2 is small enough to be held in one hand. A mere 58mm x 216mm x 216mm in size, it can happily sit on a desk but can also be mounted on the back of displays or under desks.

The tiny machine features a combination of desktop and mobile technologies. It has a desktop CPU – Intel Xeon E3-1200v5 or Intel Core i3/i5/i7 – but a custom entry-level ‘mobile’ GPU, the Nvidia Quadro M620 (2GB). The machine can support up to 32GB of DDR4 RAM, which should be plenty for most CAD workflows. 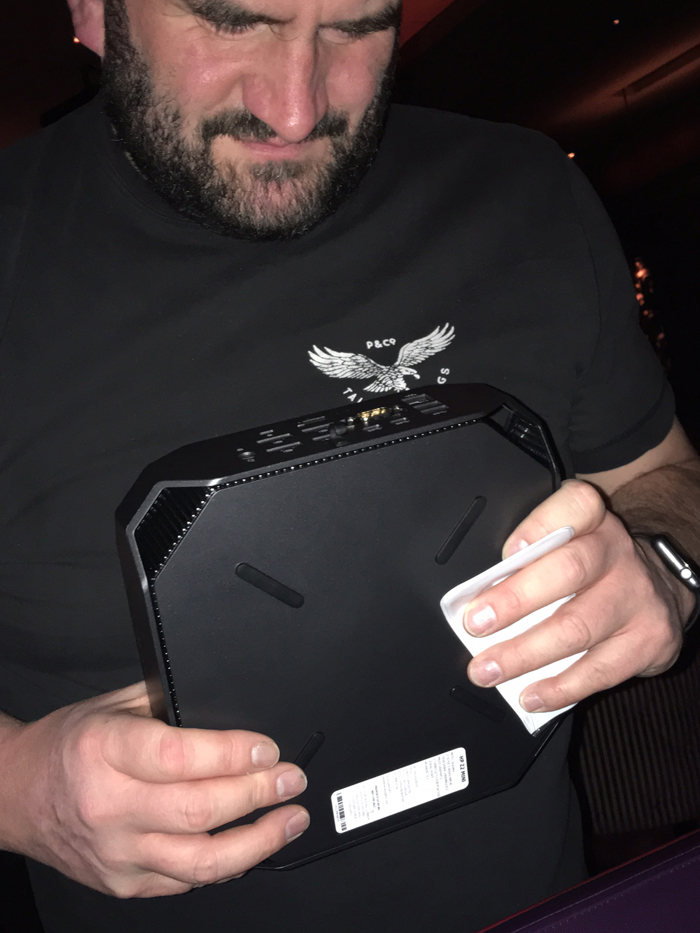 The HP Z2 (with DEVELOP3D editor Al Dean for scale) 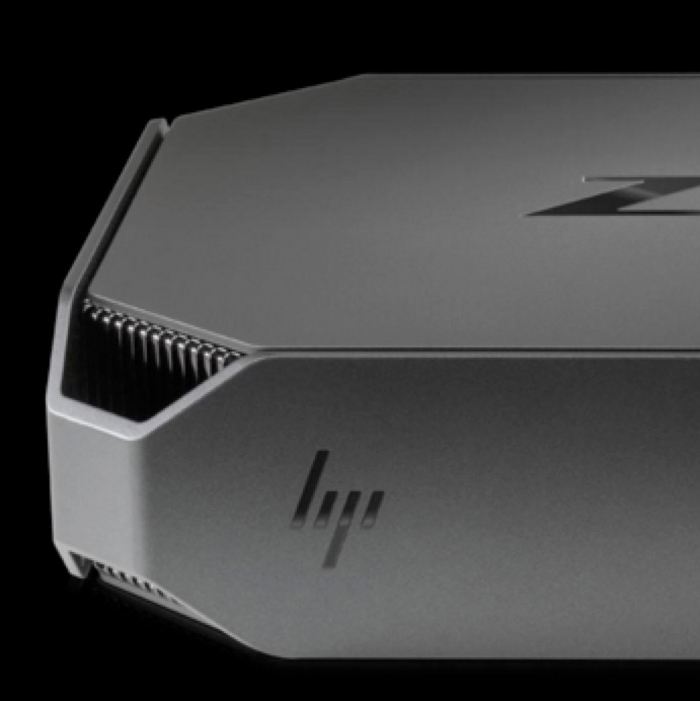 Corner detail – for aesthetics and to help maintain airflow from the corner vents. 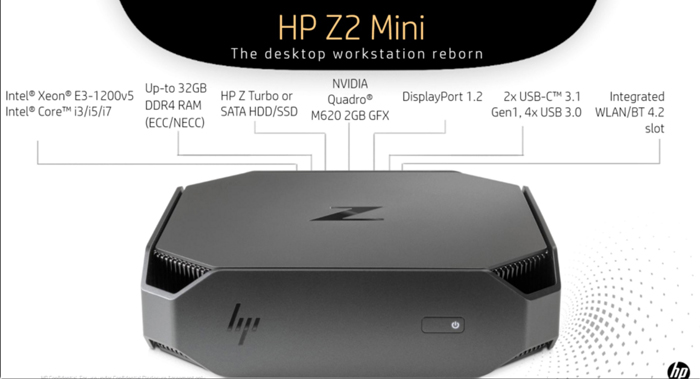 For a machine of this size, the temptation would be to go all in for Solid State Drive (SDDs). However, the HP Z2 has room for both 2.5-inch HDD/SSD and a M.2 form factor SSD (HP Z Turbo Drive). Considering that office PC users are a massive target market for this new product, this will help keep prices down.

The HP Z2 is very much an entry-level workstation but it should still be capable of running both 2D and 3D CAD applications, including AutoCAD, SolidWorks, ArchiCAD and Revit. However, even though HP says the entry-level Nvidia Quadro M620 GPU is 20% more powerful than the desktop Nvidia Quadro K620, we expect it might struggle with more complex models and real time rendering effects. 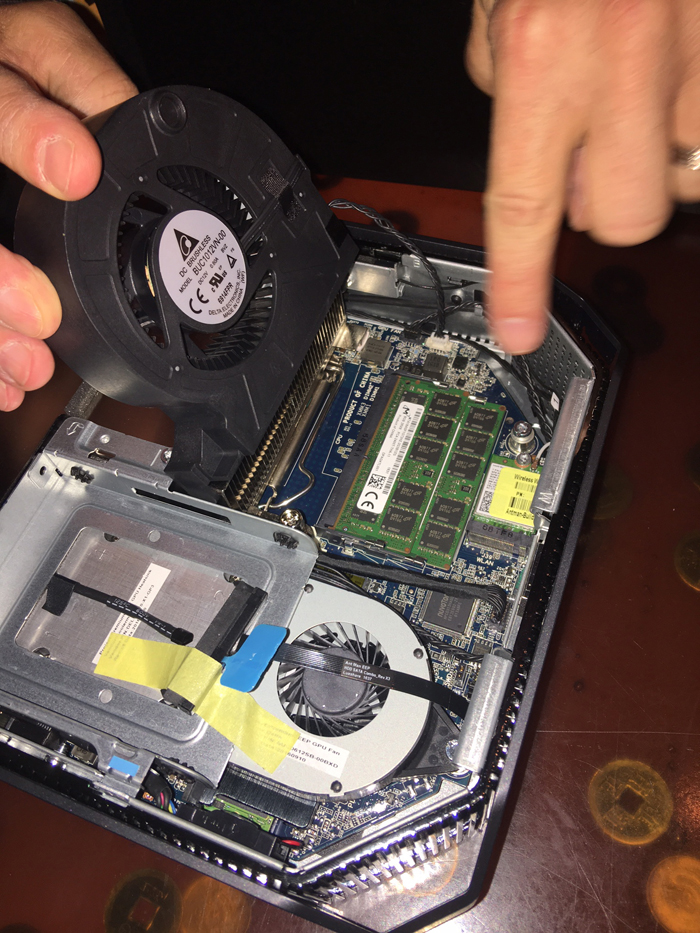 Accessing the SODIMM memory slots inside the tiny chassis 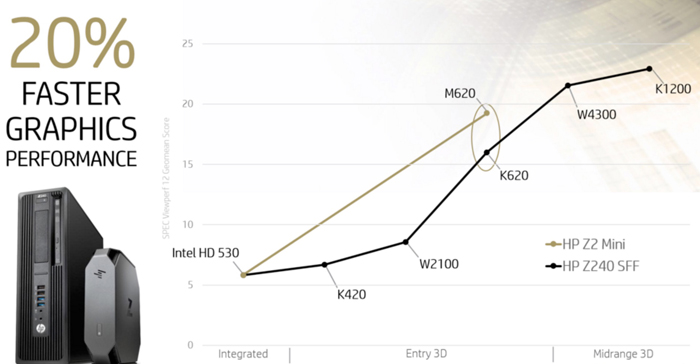 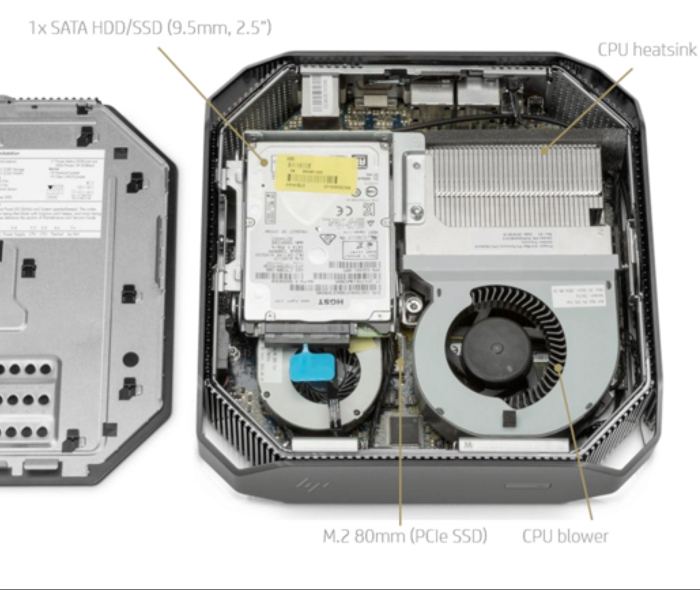 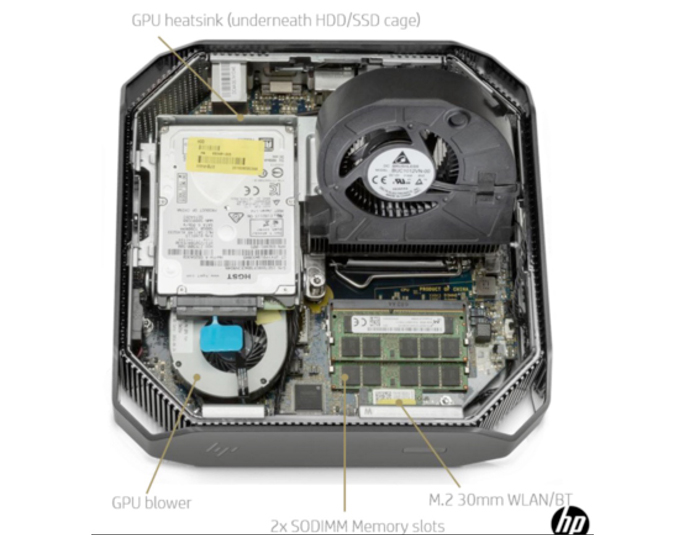 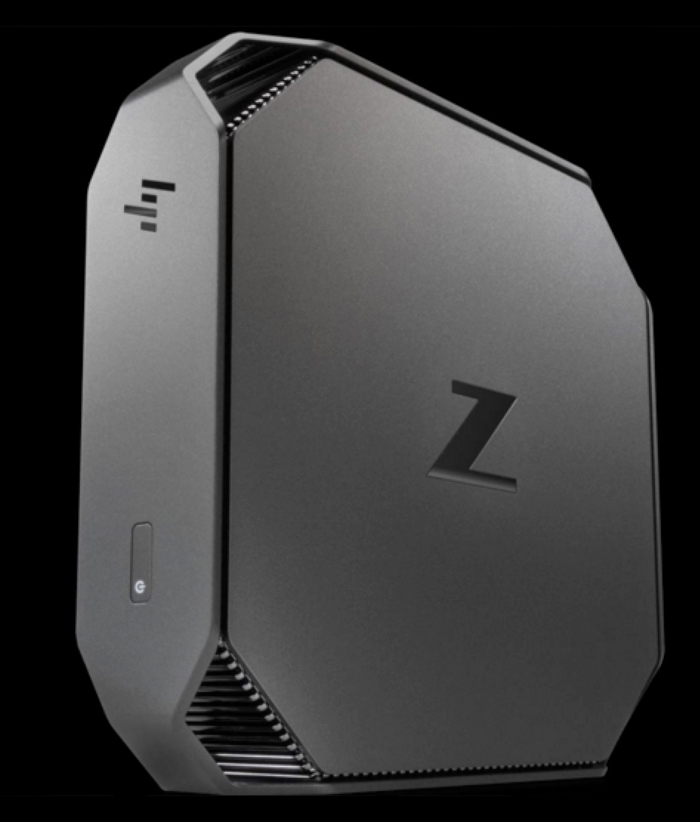 In engineering the HP Z2, it wasn’t just a case of cramming workstation-class components into tiny chassis. For the mini workstation, HP reckons it has done more simulation and analysis cooling work than any other product. The result, says HP, is a machine that is 63% quieter than an HP business-class PC.

This is thanks to a completely custom cooling system, which features dedicated fans for both GPU and CPU. To optimise cooling efficiency, HP says it even paid attention to the individual spacing of fins.

Cooling has also influenced the industrial design of the HP Z2. Corner vents can’t be blocked as they are protected by the chamfered edges of the main chassis.

On the desk, the Z2 stands pretty but with the accessory sleeve, a special, lockable metal cage, it can be VESA mounted on the back of a display. Depending on the orientation, I/O ports can be kept clear or blocked for security.

When hidden away from sight, HP has acknowledged that reaching for the power button may be tricky. So the machine can be turned on, simply by pressing the mouse button or a key on the keyboard. This feature can be turned on and off in the BIOS. 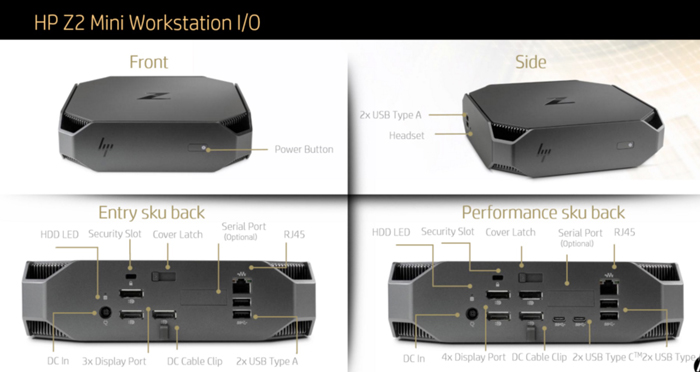 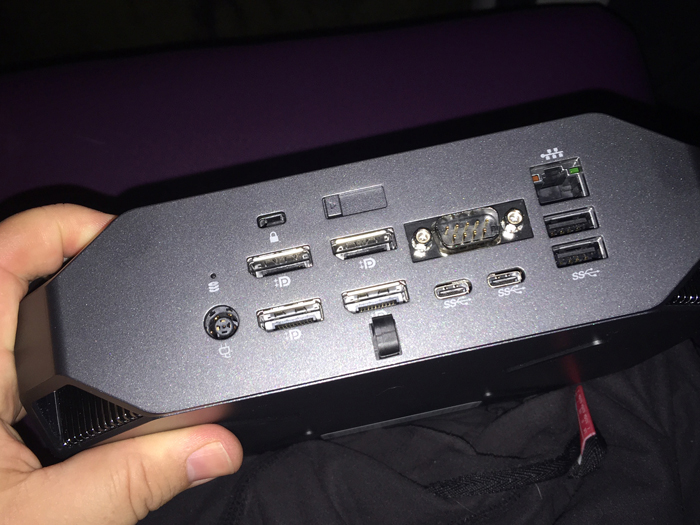 The HP Z2 can be powered up by mouse or keyboard 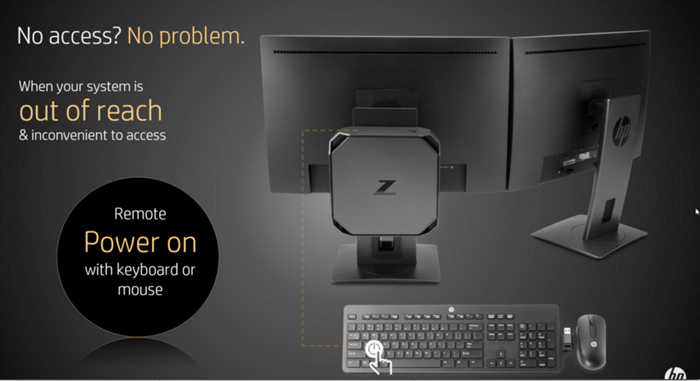