Front view of the ThinkPad P70

It’s been years since Lenovo had a 17-inch mobile workstation in its product range. Indeed, the last one we saw at AEC Magazine was back in 2009, a quirky machine called the ThinkPad W700ds. With a built-in Wacom digitizer and 10-inch colour screen that pulled out from the side of the main display, it was some concept designers’ idea of heaven. But this niche mega-laptop didn’t sell well and, soon after, Lenovo dropped the 17-inch form factor from its range to concentrate on the volume 15-inch market.

Several years later and Lenovo is back with a new 17-inch model. Gone are the bells and whistles that made the W700 such a niche product – the Lenovo ThinkPad P70 is all about delivering bucket-loads of 3D performance for demanding CAD and design viz specialists.

With most 15-inch mobile workstations limited to mid-range GPUs, it is the 17-inch machine that has historically catered to the high end. Indeed, the ThinkPad P70 can take anything up to an 8GB Nvidia Quadro M5000M, a hugely powerful GPU perfect for design viz using applications like 3ds Max. For power CAD, however, the requirements are less demanding, making our test machine’s Nvidia Quadro M3000M a much better fit. 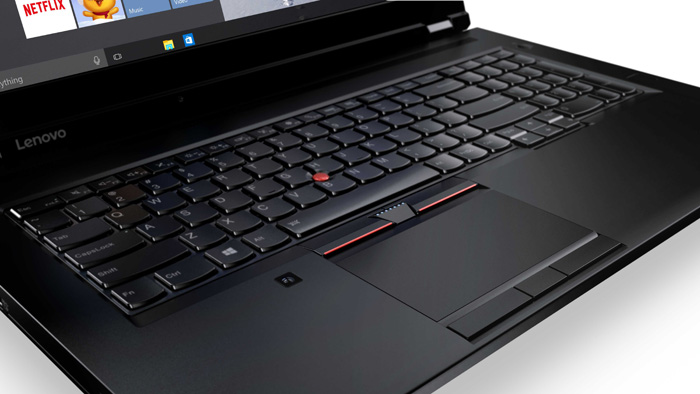 For input, there’s a Touchpad and a TrackPoint, both of which have three dedicated mouse buttons

CAD users who work with large BIM models or demand realistic shading and lighting effects in the viewport are likely to see the biggest payback. However, those who use a GPU ray trace renderer, such as the forthcoming Iray plug-ins for Revit and Rhino, should also benefit from significantly reduced render times.

We put the ThinkPad P70 through its paces inside SolidWorks and PTC Creo using the SPECapc 3D graphics benchmarks. Our first test results were way off what we expected, but this was fixed with a BIOS update and a change in settings to disable Intel graphics and permanently turn on the Nvidia GPU. The Quadro M3000M excelled both in Creo and SolidWorks, particularly when realistic materials and lighting was enabled.

While the ThinkPad P70 stands out for its graphics prowess, it is much more ordinary when it comes to core processing – ordinary as far as mobile workstations are concerned, that is, not compared to a standard laptop.

Our test machine’s quad core Intel Xeon E3-1505M v5 CPU, which runs at 2.8GHz, is available in virtually all 15-inch mobile workstations, including the slimline HP ZBook Studio we review on page 38. In fact, somewhat surprisingly, we found HP’s quad core workstation Ultrabook to be a fraction faster than the ThinkPad P70 when rendering in 3ds Max, though thanks to the ThinkPad P70’s optimised dual fan ‘FLEX Performance Cooling system’, it was significantly quieter.

The bundled Performance Tuner software from Lenovo can help optimise the system for a variety of 3D applications. There’s no rocket science going on here, and nothing that can’t be done manually in the Windows Operating System, such as setting application priority. However, it does make tuning very easy, as settings automatically change when individual CAD applications are launched.

We found the most useful feature to be the performance monitor, featuring dials that show CPU, GPU, network, memory and storage utilisation in real time. It’s potentially a great way to identify hardware bottlenecks in your product development workflows. By design, you don’t have to keep your eyes glued to the dials. Alerts can be set to tell you when utilisations hit certain levels for a certain amount of time – although we couldn’t get this feature working. 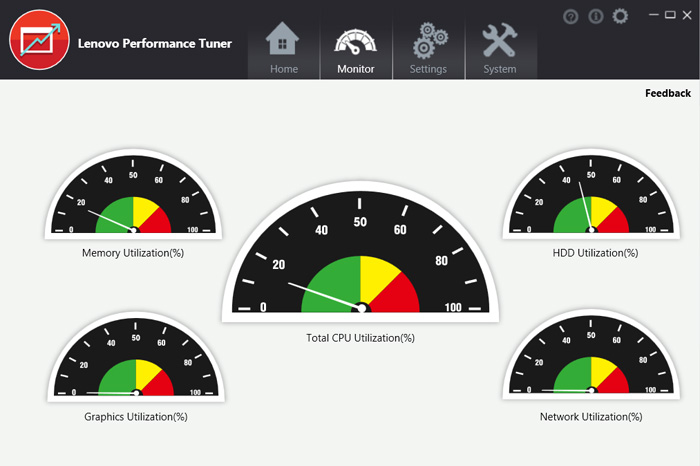 Our test machine’s storage came courtesy of a single 256GB M.2 NVMe PCI SSD. There’s room for a second of these super-fast SSDs but, for a lower price per GB, we’d recommend you add a 2.5-inch Hard Disk Drive (HDD) up to 2TB. There’s also room for a second HDD, for those with really high storage requirements, though this comes at the expense of the optical drive. Of course, one of the main areas where the ThinkPad P70 excels is in its screen size. Our test machine’s 17.3-inch FHD (1,920 x 1,080) IPS panel isn’t top of the range (there’s an optional 4K UHD (3,840 x 2,160) IPS panel as well) but the quality is good and for detailed CAD work, the size makes a big difference over a typical 15-inch screen. For colour-critical workflows, there’s an X-Rite Pantone colour calibration system built in. Simply choose the preferred colour profile, close the lid and it handles the rest.

ThinkPads are renowned for their build quality and the P70 is no exception. The magnesium alloy chassis makes the machine feel exceptionally strong and the two stiff metal hinges for the display mean virtually no wobble. The keyboard with numeric keypad is solid, though it takes a little getting used to, as the keys have more travel than most laptops. Travel on the mouse buttons is even more noticeable, a far cry from the subtle click of a MacBook Pro.

Connectivity is very good, with a variety of modern ports, including two USB 3.1 Type-C ports with Thunderbolt 3, four USB 3.0 (one always-on charging) and RJ45 Gigabit Ethernet. For security, there’s a smart-card reader and fingerprint scanner just below the keyboard. A Mini DisplayPort 1.2 and HDMI 1.4 port give plenty of options for connecting external displays.

For a machine of this class, battery life is pretty decent, thanks to an 8 Cell (96 WHr) battery. It’s easy to swap out, so keeping a spare in the laptop bag is a great way to extend operation time on the go. Of course, this will add to the bulk of an already heavy machine, which starts at 3.4kg, adding on 1.0kg if you include the 230W power supply. 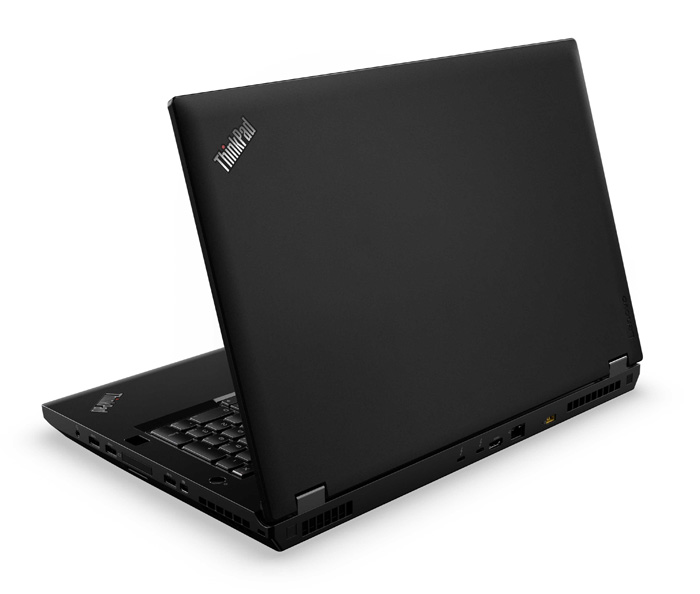 Rear view of the ThinkPad P70

At a time when mobile workstations are getting thinner and lighter, Lenovo’s decision to re-enter the 17-inch market may at first seem odd. The fact is, with the exception of some specialist 15-inch machines from Schenker, Workstation Specialists and Eurocom, if your workflows need a powerful GPU, there is no other choice. And, with the ThinkPad P70, Lenovo has a solid, well-built machine with which to target more demanding 3D CAD users.