The Varjo Reality Cloud is a new ‘virtual teleportation’ platform from industrial VR/XR specialist Varjo. It enables anybody to 3D scan their surroundings in real time using a Varjo XR-3 mixed reality headset and then instantly transport others to that same physical reality.

The Varjo Reality Cloud platform has a major focus on construction. Anyone can instantly ‘teleport’ to a construction site to join others live inside a collaborative immersive expeirience using a ‘highly accurate’ 3D reconstruction of the site. In the future, Varjo said the technology could extend to merging as-designed BIM data with as-built reality models for construction verification.

“With the Varjo teleport, you can have a construction worker, maybe one of the managers over there, put the headset on, and then the customers can join in, instantly,” says Urho Konttori, founder and Chief Technology Officer, Varjo speaking with AEC Magazine. “Or maybe the architect can oversee the site, the creation of the building, give final comments and collaborate without having to actually fly to a different country.”

With Covid-19 there’s been a huge rise in demand for 360 cameras and on-site scanning and viewing the data remotely. Varjo Reality Cloud takes things to the next level in terms of experiencing the reality of what’s been built without leaving the comfort of your office or home.

To capture the reality, the Varjo XR-3 headset uses a combination of its built in LiDAR scanner and stereo video pass through cameras. The ‘fully immersive photorealistic real time 3D’ data is then pushed to the cloud in real-time where it is processed on powerful GPUs and the pixels streamed to a variety of client devices.

According to Varjo, thanks to its foveated transport algorithm, powered by Varjo eye tracking on the headset, you can stream your reality with a lower bitrate than you would stream a movie from Netflix, while keeping the human eye resolution quality.

You currently need a Varjo VR-3 or XR-3 headset to experience the Varjo Reality Cloud, but this will extend to other devices in the future, including laptops, phones, tablets, or wireless headsets.

The LiDAR scanner on the Varjo XR-3 headset can capture the world at distances of up to five metres at 30 frames per second. According to Varjo, accuracy is sub-cm at close distance, but 5cm at 5m due to calibration tolerances. Larger areas can be captured by walking around a site and because positional tracking is sub-mm, the accuracy would not decrease, says Varjo.

LiDAR data is then combined with various in house developed algorithms that ‘fuse it with depth from stereo disparity maps’ taken from the video see through cameras. “What this means is that we have a very robust depth estimate for every single pixel of the camera feed and this is one of the game changers in the quality,” says Konttori.

The company’s virtual meeting suite is designed specifically for AEC teams and will be a ‘critical component’ in future developments for virtual collaboration.

Dimension10 will allow Varjo to bring in as-designed BIM models and merge them with as-built reality models captured by the Varjo XR-3. 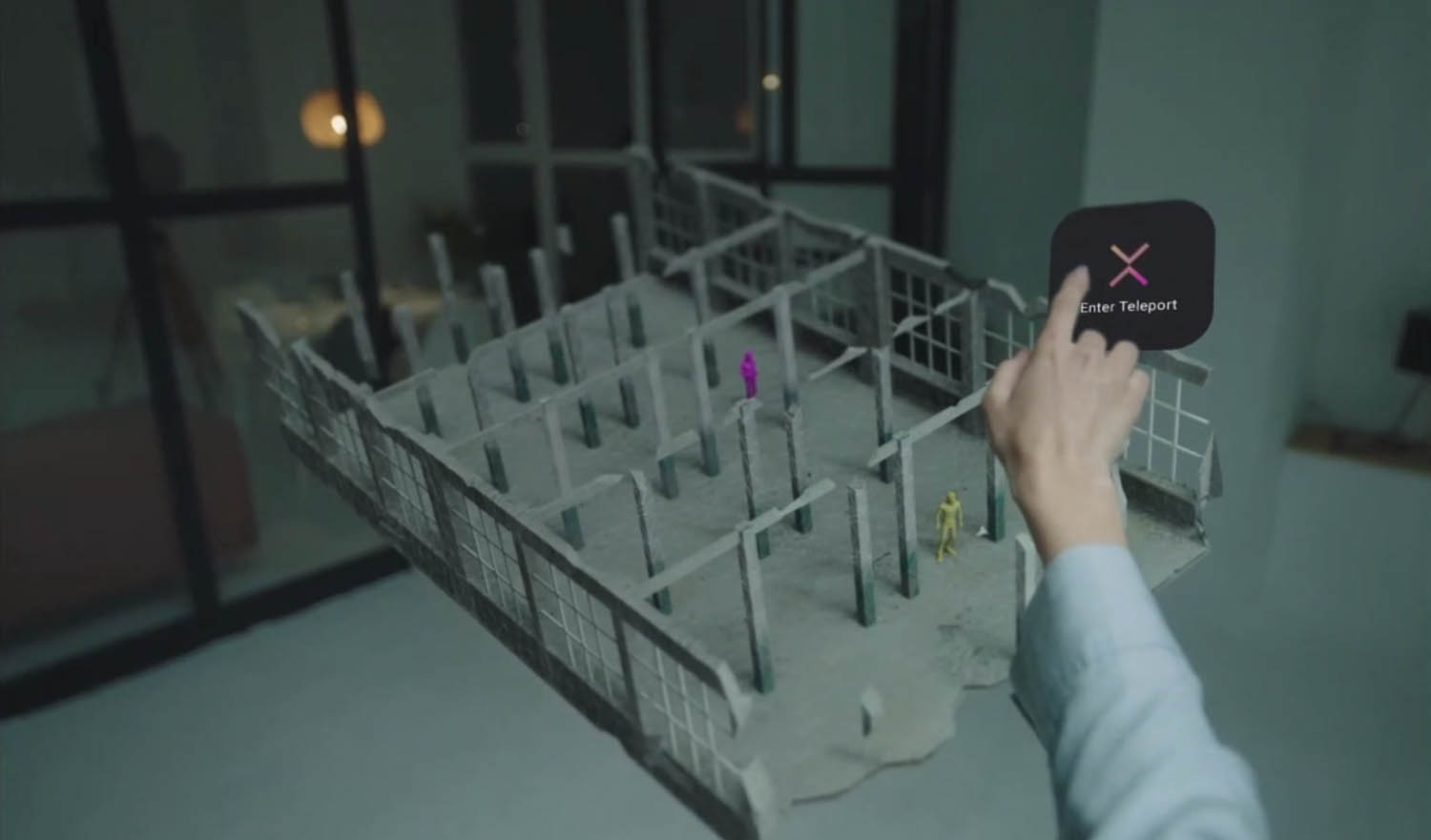 Varjo is also inviting select developers to create solutions on the platform, using an API, so expect more industry-specific integrations. But, not for a while. In the words of Timo Toikkanen, Varjo CEO, “It’s going to be a long journey, it’s not going to be happening overnight.”

Alpha Access to the software will start later this year.

It’s still very early days for Varjo’s Reality Cloud, but we’re certainly excited by its potential. Yes, you could scan a construction site with a laser scanner or SLAM device, bring that dataset into VR and host a collaborative session, but that all takes time. The fact that this workflow appears seamless and happens on-demand in real-time is what makes it so interesting.

With the Covid-19 pandemic there’s been a huge rise in demand for 360 cameras and on-site scanning and viewing the data remotely. Varjo Reality Cloud takes things to the next level in terms of experiencing the reality of what’s been built, without leaving the comfort of your office or home.

Without the accuracy of a laser scanner, however, whether this can extend to construction verification remains to be seen. Varjo may need to partner with a specialist like Topcon using tools like Verity to make this a reality.

Finally, we’re not entirely sure what Health and Safety would think about someone wearing a fully immersive headset on site (albeit one with mixed reality video passthrough) but if Volvo is letting its engineers drive real cars on test tracks when wearing one, walking around a construction site in a controlled way shouldn’t be too much of a problem.