New building safety measures in the UK will have a significant impact on how buildings are designed and constructed. There are clear implications for the roles of architects, engineers, contractors and construction product manufacturers, writes Richard Waterhouse, chief strategy officer at NBS

Grenfell Tower: the tragedy that led to recent reforms in the building safety regulatory system

While the construction industry as a whole is under digitised, we’re rapidly approaching a time when digital will be a ‘must-have’ not a ‘nice-to-have’. Digital transformation will be driven by legislation and a new focus on safety. While architectural and engineering professions have been leading the switch, compelled by BIM government mandate, the benefits of digital haven’t been seen across the sector.

Digital tools improve standards, reduce mistakes at every stage and improve record keeping and auditing. This keeps costs down, builds on schedule and drives up standards.

Recently, a number of big policy announcements have been made including: a new building safety regulator, new building and fire safety legislation and consultations from key bodies. This piece brings them together to look at how these will impact on the sector.

The new building safety regulator will be part of the Health and Safety Executive. Clear, transparent, unambiguous and it will have a significant impact throughout the building process. It will impose sanctions and instigate prosecution at any stage of construction, as well as when a building is in use. Its scope will also include revoking building safety certificates and levying unlimited fines for non-compliance.

It’s being set up by Dame Judith Hackitt, who when speaking at our Construction Product Leaders’ Summit in February, expressed her frustration with the lack of progress since the Grenfell Fire. The new regulator will lead to a radical change in culture and processes.

Hackitt was explicit, the regulator will have real bite, “it will not look to see you have merely followed the rules, but check the building is safe from planning to occupation and you’ve done everything in your power to ensure this.”

For specifiers to make informed decisions, manufacturers will have to provide data and performance accreditation, use standardised systems and take a more collaborative approach. This includes adopting a transparent attitude to data sharing. As part of the new Building Safety Regulator, there will also be a new construction product regulator, focused on strengthening construction product regulations. Its remit will include market surveillance, manufacturer enforcement and advising both the industry and the government.

Digital will be the norm, so the sector can expect to see less substitution, and ‘value engineering’ will move from being about cost reduction to focus on quality. Product stewardship will lie at the heart of this new approach.

The increase in oversight doesn’t stop with the new regulator. ARB announced that it is looking at how it can assess competency and skills throughout an architect’s career.

Early in April, housing secretary Robert Jenrick announced a series of measures comprising what he called ‘the biggest change in building safety for a generation”. This is the government’s response to Building a Safer Future’ (Hackitt, 2018), the independent review of building regulations and fire safety.

The changes will apply to multi-occupancy buildings of 18m and above, or six storeys, whichever is reached first. The regulation will be expanded to include other building types as further data is available.

For buildings in-scope, a duty holder regime will apply, with a client, principal designer, and principal contractor. The contractor and designers will have to demonstrate that the building is safe and the ability of the duty-holder to choose which building control body oversees construction / refurbishment will be removed.

To make sure the regulation is followed, there are gateway points at various stages, requiring regulator sign-off before the project can move forward.

This sign-off will be evidence-based. The gateways are positioned before planning, before construction and before occupation. The focus is on people’s safety, and includes the quality of record keeping. Design changes will need to be to be amended, signed-off and recorded.

Before occupation, full digital documentation will have to be provided which includes drawings and a dataset of assets. While this makes the future direction of building regulations for housing above 18 metres pretty clear, when technological aspects are examined in detail, the way forward looks still looks cloudy. There is also a nasty surprise in the supporting economic assessment, and real confusion around the rationale, for the use of outdated ‘BIM Level 1’ as the basis for information capture in the ‘golden thread of information’. 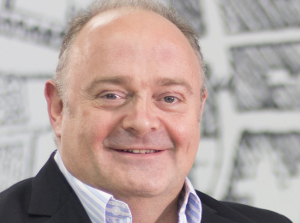 The Building a Safer Future report identified a requirement for the ‘golden thread’ of information. Updated throughout a building’s life, and in use from design to occupation, it will be an accurate and real-time record of what has gone into a building, how it was installed and maintained. This encourages transparency and accountability.

Right now, the ‘golden thread’ is an aspiration and a major sticking point is around having consistent standards and interoperability. As we all know, technology can be frustrating. Files need reformatting, cut and paste is part of the grind. It’s still too hard to move information without losing data, thus risking costly mistakes. The Government’s push for ‘BIM Level 1’ will simply perpetuate this position.

The intent behind ‘BIM Level 2’ was to provide a better integration between libraries of data and as such, between the systems using that data. It included guidance on how to set up the information requirements as part of the old Employers Information Requirements (EIR). Importantly, it provided the output data schema as COBie, originally developed in the US and, unlike most of the BS1192 PAS documents, was recognised as a full British Standard. The latest ISO standards (and guidance) take all of this a step further.

There is consensus that interoperability is a major issue. It wastes time for the people involved, adds no value and introduces risk. For seamless integration and interoperability to take place, the data standards required will need to be clear and precise. The Centre for Digital Built Britain recently released its report on interoperability, which was overseen by Department for Business, Energy and Industrial Strategy (BEIS). This is a welcome look at a real sticking point and could help partially explain the confusion around the detailed digital aspects in the Government response to Building a Safer Future.

For technology providers to innovate, they need clear guidance and the push of government-mandated standards. The technology sector can then establish clear interoperability approaches, allowing software ‘a’ to talk to tool ‘b, so that data can flow freely. The CDBB report recommends the use of Uniclass 2015 as a standardised classification, the continued use by government of COBie and investment in upskilling construction professionals in digital.

Changing ways of working It’s clear that the future is both digital and safety-first. This requires true collaboration and a focus on the people who will live in the buildings you’re responsible for.

This will no-doubt lead to a wholesale revolution around working practices, contracts and approaches. Our construction culture is too often adversarial with negative consequences. The regulations coupled with new technologies provide an amazing opportunity for us to use digital collaboration to focus on building wonderful places for people to live in safely.