AEC Magazine: Who is ProjectWise 365 aimed at?

Dustin Parkman: At Year In Infrastructure (YII) [Singapore, 2019] we had already announced plans to come up with a new ProjectWise offering, called ProjectWise 365. We launched an invitation only beta to allow early users to do some evaluations, give us feedback, and allow us to be a bit more agile in our response time before we launched it to the general public.

This spring we had a global launch and the target audience has been small to mid-sized firms, for people who are not using ProjectWise today — whether that’s a small firm or small workgroup within a larger organisation. It was really meant at that lower end of the scalability, so being able to quickly adapt something at a small workgroup level, and then scale based on to your needs from there.

Because it’s a cloud service, it is instant on, there is no prerequisite, there is no infrastructure so to speak that’s required by the organisation that actually speeds their time from decision to implementation, to actual production use. Whereas tried and true ProjectWise, which has been around for a number of years, is more of an enterprise level system.

So when you’re thinking about traditional ProjectWise design integration, you’re usually thinking about large groups, complex work in progress, complex spatial management across a lot of different disciplines, whether that be mechanical, drainage, civil site works, etc. where you’re having to manage all that in one environment and share space, through collision checking, interference, typical space management type of stuff. Because of that, that tends to be used more so with larger organisations, larger capital projects.

Whereas ProjectWise 365, while it can also be used on complex projects, we didn’t want to confuse the market with how we positioned it. We positioned it at that midtier firm or workgroup, so even a large, multinational engineering consultant organisation could use ProjectWise 365.

AEC: How tightly integrated is ProjectWise 365 with Office 365?

DP: ProjectWise 365 allows you to take the engineering collaboration capabilities that are there and embed that within your day to day Microsoft Teams / Office environment. You already have a generic collaboration platform that you’re using; ProjectWise 365 can fit into that rather than be an alternative. What we are really trying to focus on, is not so much the generic collaboration that Microsoft or Zoom or someone like that is going to be focused on, we try to focus on what differentiates us between them, which is really the detail for engineering and construction correspondence — so the ability to share documents and BIM data, the capability to spatially analyse and review information, to capture issues, to be able to do markups and review sessions — whether those be 2D PDF and DWG/DGN types of workflows, or digital twin-based workflows with the new iTwin services Design Review that that comes as a part of ProjectWise 365.

You kind of get the best of both worlds: you’re able to do traditional engineering design, review, QA, QCD types of processes, but you can also do more of the cutting-edge digital twin immersive types of reviews as well, so when you’re in that digital twin modelling environment, your issues, your conversations, your points of interest and observations can all be spatially anchored inside the model. It’s a multiuser environment where everybody can collaborate in real time.

DP: The thing that ProjectWise 365 doesn’t do yet is a lot of the kind of ‘heavyweight’ features, particularly around things like title block integrations, a lot of the complexity of metadata and attribution on documents that ProjectWise does a really good job with. Also, the batch services for being able to take engineering models and periodically, on a schedule basis, being able to extract that data, create all those downstream contract deliverables through automation.

It doesn’t also have all the engineering application plugins, so ProjectWise has integration built into MicroStation, OpenRoads, OpenBuildings, Revit, AutoCAD — all the Autodesk flavours of products — Tekla and so on. We haven’t yet built those pieces out, so it is today a bit more transactional. It’s not immersive in those actual design environments, which is also why it’s positioned as a smaller work group/ midsize firms solution. 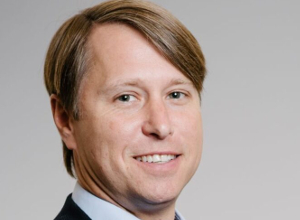 We’re not aiming for these very complex multi-discipline projects with hundreds of users all trying to collaborate and have automation running, producing the deliverables downstream. We will get there, but this is our first launch into this space and we are really trying to address the less complex side of the market, or the side of the market where you’re not actually a designer, maybe you’re a stakeholder, you’re a viewer, you’re a QA/QC person, you’re a contractor who needs to be involved with RFIs and construction correspondence — everything but the actual hardcore physical design in a complex multi-discipline environment.

The experience that we will have will be very much like PowerPoint or Excel has with [Microsoft] OneDrive. But today, you have to go through our web environment to upload your content, and then start your collaboration sessions from there.

AEC: You haven’t got integration links into MicroStation or Revit etc. Is that a technical barrier, or is that a feature set barrier and you’re trying to make this a more attractive price point?

DP: I don’t think it’s really either. Design integration was really more about trying to address capabilities that we felt we didn’t already have good coverage on. [ProjectWise] has the best design integration of any collaboration software for infrastructure design right now, so we didn’t really see that as a critical first step for us to address. What we really wanted to address was the people who were not doing the heavyweight design, but the broader ecosystem that need to participate in that information [workflow], to be able to collaborate without any toolset. Being 100% web, whether 2D or 3D, and just making that information accessible through a browser, through your phone, through your tablet. That was kind of like the critical first step that we wanted to attack first.

AEC: Does ProjectWise 365 have any particular features for civil, architectural or structural?

DP: It does have some specific civil features for doing design reviews, particularly the ability to deal with alignments and profiles and offsets for civil-based 3D digital twin models — so a lot of the station offset measurements, a lot of things that you would expect to have in a linear type of model.

For example, if it’s a railway system or a rail track system or if it’s a road — anything that’s linear, pipelines, any of that type of stuff — it has capabilities for that, to capture that into the review system to actually capture measurements and conversations within the context of the project, for QA/QC types of processes.

AEC: Can subcontractors and supply chain firms use ProjectWise 365 to be integrated into my full ProjectWise documentation system?

DP: It’s $60 per quarter, but right now we are waiving all subscription fees until September 30th to help out during the Covid-19 pandemic. So $60 per quarter per person.

AEC: Any constraints on web space?

DP: Right now, we don’t have a constraint on it, so you have unlimited at the moment.

AEC: And how do people get on board with ProjectWise 365? DP: We have made it available to all of our partners to resell and we do our own direct sales. We’re working with Microsoft now to have ProjectWise 365 available on the Microsoft Store because it is an MS Azure based product.

AEC: What trends have you seen happening with Covid-19 and people working from home needing to access work data?

Dustin Parkman: What we’ve seen is the organisations that already had ProjectWise and had good global distribution usage of it, we really haven’t seen much of a change.

Where we saw probably the largest aspects of decline [software usage], where we saw organisations and geographies get caught a bit flat footed, was particularly in the government space. A lot of geographies around the world did not have a good work from home policy, they did not have a good data sovereignty policy for people working from home. They didn’t have the hardware required in some cases, particularly for graphically intense BIM applications. That was pretty consistent across all government sectors globally — obviously, there were some that were better prepared than others

There were some particular countries that did not have a good work from home policy, even at a labour law perspective. Countries like India, China and a few others, they kind of struggled as well because they had to very quickly create a culture of working from home and because there was already a culture of not working at home they also had the same issues with hardware and bandwidth and things like that.

Now we’re starting to see them kind of emerge, getting their data policy and hardware in place. They’re establishing not only federal and provincial policy, but each organisation is creating their own policies. The encouraging part is, because of the situation, everybody’s figured it out pretty quickly. They had to, in order to survive.

AEC: With Covid-19, have you seen more people up for a more open cloud?

DP: I think most organisations in our space had a hybrid approach. Some of the larger ENR top 50 organisations they were ahead of the game and had already moved mostly of everything to the cloud already. But once you get past that, most firms had a hybrid model and you still get a lot of countries where there are very specific guidelines around data sovereignty. It can’t be a Microsoft Cloud, it can’t be an AWS cloud, it has to be some regional cloud provider. I think this is, without a doubt, going to be a catalyst to get 100% to the cloud. Most people realise they were not prepared for this from a cloud infrastructure standpoint and it introduced all kinds of challenges in their data offices.

DP: Yeah, we have, we’ve seen a fair amount of that, particularly in areas where it was going to be an issue to get all the hardware. India is a case in point where you know that entire workforce, for the most part, wasn’t ready to work from home — bandwidth issues, most of them did not have the intense graphical hardware they needed with GPUs to do graphical web and BIM.

So the quickest way for us to actually accommodate those users – I’m speaking for Bentley – was to actually use the cloud-based virtual machines to do all that and just stream it through that. So we quickly reacted to a few different primary providers of that – Citrix XenApp being one platform, Microsoft Azure virtualisation platform, and then Frame being the other one.

AEC: Presumably, as a company, you’ve had to be more flexible with licencing?

DP: Yes, it’s been mostly on a one by one basis. What we had in the early days was users trying to use their home computers to do work. And so immediately, a lot of organisations said, ‘please stop that. You know, we’re afraid we’re going to get invoiced and overcharged for new licences and things like that.’

And so we reached out and said ‘hey, during this time of need, don’t worry about that. Later on you’ll need to get it sorted out, but as long as the total usage kind of feels within the same ballpark [it’s OK].