Global engineering firm Arup went all-in on parametric design and BIM for a mixed-use complex in London’s King’s Cross neighbourhood. With the Tekla-Grasshopper Live Link, structural work could continue at pace while design-milestone approvals were handled in parallel

The space to the north of London’s King’s Cross railway station has been undergoing an urban transformation for more than 15 years. Residential apartments, offices, a shopping complex and more have been built in and around the area’s historical buildings, drawing Londoners to a part of the city that people used to avoid.

Global engineering firm Arup has been involved in much of the work, including designing the structural elements for one of the final development projects: King’s Cross R8. The project consists of two 13-storey buildings joined by a podium, combining affordable social housing with rental space for small business owners.

A key challenge on the project was the location, with the development running immediately adjacent to three brick tunnels constructed in the 1700s. All the trains going in and out of King’s Cross station run through these tunnels, which are sensitive to movement. As a result, every design milestone for anything constructed within a certain proximity to the station had to first go through an approval process with London’s rail-network operator.

Such approvals can understandably take time and potentially knock a project off schedule. But thanks to the use of parametric design and BIM – specifically through the Tekla-Grasshopper Live Link – the team from Arup was able to keep the work moving.

Parametric design, or data-driven design, is guided by a set of interconnected parameters and roles, defined and inputted by the engineer, with these parameters then generating or controlling the design output into a parametric BIM modelling tool. Through the use of tools such as Grasshopper, engineers can benefit from the ability to quickly run various design iterations to optimise the structural design, as well as aiding the creation of the geometrically complex. What’s more, with all parameters and data interconnected, the change management process is also automated and simplified. 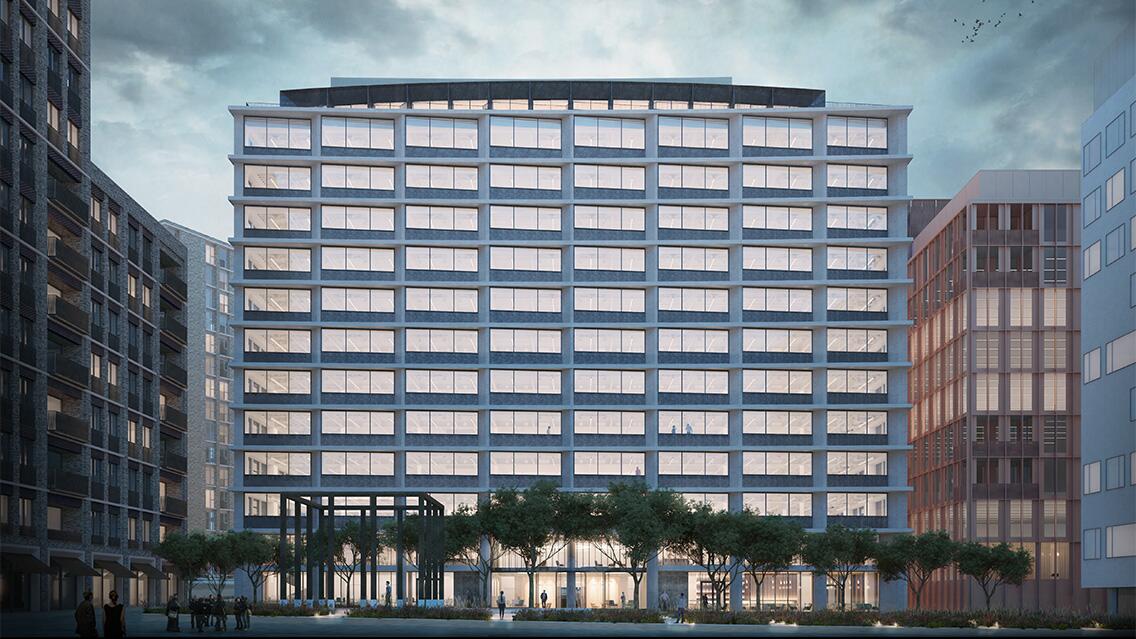 Arup senior structural engineer and project lead, Gordon Clannachan, explained: “We had to produce a number of drawings for the network-rail approval process. Although these needed to be done at an earlier stage than we would typically do on projects, they allowed the client to fast-track the approvals process prior to the main contractor starting on site. Using Tekla to automate the BIM model was essential for this work. As the design scheme evolved, we were able to respond very quickly thanks to Tekla’s automation-enabling tools.”

The team put parametric design at the heart of all the project’s workflows, pushing or pulling data and geometry to and from Tekla Structures to improve the efficiency of everyday tasks. The engineers also created a script that automated the calculation of the loads bearing down on the concrete columns and walls. This helped to further optimise the design and reduce the amount of concrete in the building’s foundations.

Arup also used the Tekla-Grasshopper integration to develop their own scripts for calculating the embodied carbon footprint of all structural elements. The Tekla Organizer tool was then used to set up templates to export the embodied carbon of every element by material, and for different embodied-carbon stages. These calculations were reported against targets that have been set for 2030 and beyond.

“We have a responsibility to take ownership of the embodied carbon in the structures we design and to use our influence to reduce the carbon impact of our projects,” said Gordon. “If you really want to influence carbon-related decisions, then you need to automate these calculations. The live-link integration between Tekla and Grasshopper is great for this too. We built the carbon factors into the Grasshopper script and parametrically linked the data.”

“I always try to look for ways to do each project better than the one before, rather than just defaulting to repeating the same methods. Pushing automation into our workflows makes us more efficient in how we deliver projects and respond to changes. The structural team believed in what we were doing and put a lot of hard work into developing these tools, which we can now use on the next project too.”