Historically speaking, Autodesk’s biggest annual customer event has always been Autodesk University Las Vegas which is typically held late November and has an audience of around 10,000. Over the last few years Autodesk has rolled out the concept to different geographies such as Russia, Germany, Australia, Thailand, UAE and the United Kingdom. AU is now a brand by itself and rolls on throughout the year.

From experience, the events are really well run and offer a smorgasbord of sessions covering all the vertical areas that Autodesk operates in, but specifically concentrating on AEC and Manufacturing.

The conference also gives customers the opportunity to meet Autodesk executives, product developers, resellers and their peers. While there is a lot to see and do, there are also plenty of opportunities for mixing and socialising.

This was the second year for AU London. The first one coincided with a major heatwave so those who didn’t melt in 2017 were very glad this year’s exceptionally hot weather held off by a week.

At AU London this year there were over 100 sessions to select from over the two days. This included an address from the company’s CEO, Andrew Anagnost, who attended for the first time.

At last year’s show we interviewed Anagnost on a video link as he was in San Francisco and had just been appointed as Autodesk CEO. A year on, he has taken a radical approach to reorganising employees, products and the structure of the company.

A fair number of applications which were in early development or were old or less successful have been dropped and Autodesk has also laid off 10% of staff, moving the European HQ from Switzerland to Ireland. Overall, Anagnost has looked to drive company-wide efficiency and put R&D dollars in more targeted product development and build up a bigger services division.

The drive to subscription has been relentless. With the move to a total subscription model, which was initiated and managed by Anagnost while Autodesk’s VP industry strategy & marketing, Autodesk’s share price is at a record high, around the $135 per share region when for years it was typically around $50 per share. 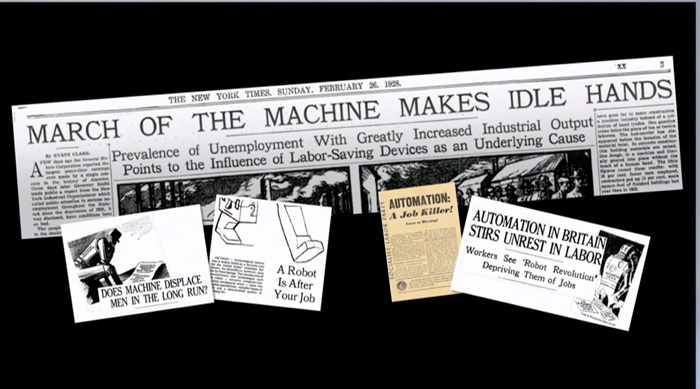 Andrew Anagnost, Autodesk CEO, encouraged delegates to embrace change, explaining that automation, robotics and AI, like all technological revolutions before, will actually end up creating many more new jobs in different areas

Anagnost’s keynote was ostensibly an updated version of the speech given at AU 2017 in Las Vegas. It looked at the benefits that automation, robotics and AI will bring to society and while it will change the jobs market, like all technological revolutions before, it will actually end up creating many more new jobs in different areas.

Don’t fear the change, embrace it. The core theme was do more, get better results and do it with less impact on the environment and to remind the audience that with automation and digital manufacture, we are moving to a world where we will be able to make things at the push of a button.

Under Carl Bass, the ex CEO, Autodesk’s focus was clearly on manufacturing, fabrication and taking on SolidWorks with Autodesk Fusion. Anagnost has a similar, but broader view of the verticals and seems much more engaged with the AEC sector, especially as it moves towards embracing digital fabrication.

While Autodesk made most of its money on the back of AutoCAD and AutoCAD LT, you would have been hard pressed to find those products at AU London. There was only one training session on AutoCAD in the two days. The company is completely focussed on 3D and cloud.

AutoCAD is just one of the products in the subscription bundles and AutoCAD LT is the entry level product. On that note, we recently tried out AutoCAD LT 2018 for the Mac which was excellent and had a superb User Interface, so much better than the Ribbon interface of its bigger brother.

Autodesk’s core weapons are now Revit, BIM 360 and InfraWorks for Architecture, Engineering and Construction (AEC) and Inventor (which has seen a dramatic refocus and renewed success) and Fusion for manufacturing.

Fusion was designed to eat SolidWorks and had a very aggressive price point, so low that Autodesk now has a problem of where to pitch it and derive the income it takes to develop it. Like AutoCAD customers, SolidWorks customers don’t switch that easily and Fusion, while offering a modern, cloud integrated code-base with advanced CNC capabilities, its pricing is finding a different set of users than originally envisaged.

One of the great customer presentations of AU London was given by Jamie Johnston, Director and Head of Global Systems at Bryden Wood. Johnston outlined the work that the Integrated Design and Operations Consultancy had done with Laing O’Rourke on the Crossrail project where it used modern manufacturing methodology to lightweight the design of panelling in the underground train stations. By optimising the material usage they managed to get rid of 60% of the material in the panels and come up with a digital fabrication approach to making many of the custom components required.

Using detailed CAD models, the Bryden Wood team also optimised the designs to use as many prefabricated and standard components as possible and identifed the key components that needed to be customised. By using laser scans from the as-built tunnels, Bryden Wood identified areas that were in and out of tolerance, which either allowed them to alter the panels using Dynamo or physically identify parts of the tunnel that needed to lose material to stay in tolerance.

Due to the number of mass customised parts, every component was modelled in high detail and marked with a unique identifier to drive procurement and logistics. They also had to work with a diverse supply chain and get diverse systems talking to one another. The moulds were directly cut using CNC, 3D printing and milling from the 3D models Bryden Wood had created, eliminating 2D drawings in the process.

Using virtual prototyping the team evaluated the sequencing and assembling of the panels, making all their mistakes off-site rather than on the job. A physical prototype was also made at Laing’s facility.

Access to the site was a problem, panels had to be craned into the site and as there was no storage space, the sequencing was also important. Again, all of this was digitally trialled. However, the teams were so well prepped that installation speed outstripped the supply of panels and Laing had to open another production facility to keep up.

This was a really great presentation and brought in all the benefits of new technology, from modelling, prototyping and laser scanning to digital construction and 4D planning. Johnston wrapped up by telling us that work done on Crossrail has built up a whole new set of skills within Bryden Wood and they are being used on their new projects. 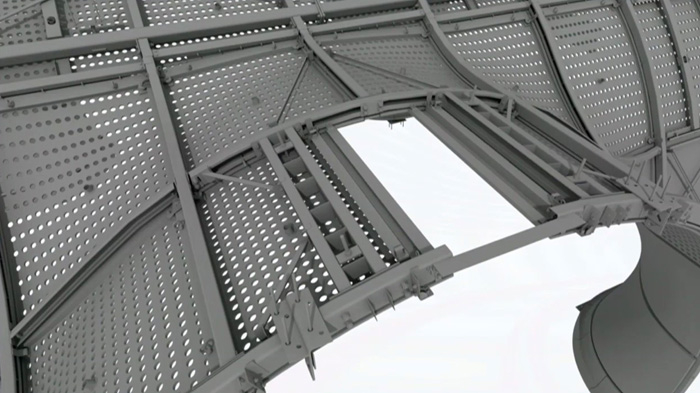 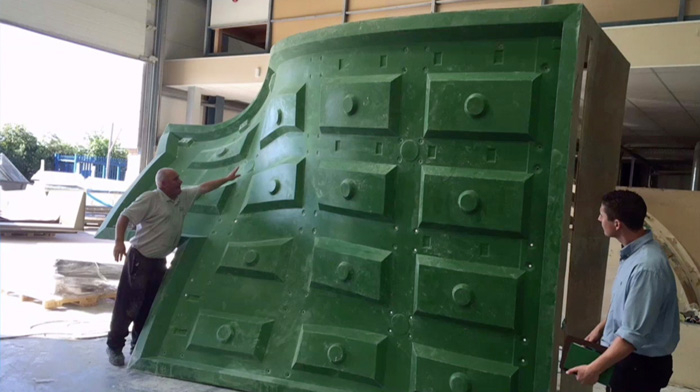 Jamie Johnston, Bryden Wood, outlined the work that the Integrated Design and Operations Consultancy had done with Laing O’Rourke on Crossrail where it used modern manufacturing methodology to lightweight the design of panelling in the underground train stations

Autodesk has announced the significant acquisition of Assemble Systems, a company which we first met at AU in Vegas last year.

At the time, Autodesk had announced that it had made a strategic Forge investment in the company, which has developed a SaaS system for general contractors which supports the construction phases of a project. The service enables construction professionals to condition, query and connect the data to key workflows across bid management, estimating, scheduling, site management and finance.

In Autodesk terms, this is an exceptionally rapid move from initial investment, which would indicate that Assemble was doing something customers really liked. Founded in 2011 and incubated with a construction firm, it’s quoted as having 174 unique customers, in nearly 1,000 sites and offices working on 12,700 projects, a quarter of which are in the ENR top 400 firms. From those that have used it for cost comparison between models and for pricing up jobs, we have only heard rave reviews.

Over time, Assemble Systems’ solution will be integrated within Autodesk’s BIM 360 platform and will be sold globally. It will strengthen Autodesk’s BIM 360 offering for the project lifecycle by connecting the preconstruction and site execution phases, enabling team members to access critical parts of project data.