Construction is a highly complex and fast paced activity to project manage. All too often, errors and delays on site can lead to the most expensive cost over runs, safety issues and can quickly become an exercise in fire-fighting problems. What if there was an AI system that had your back?

The use of artificial intelligence for vertical tasks might still be embryonic, but AI is working behind the scenes in nearly all of the digital services we use every day – email filters, social media, job matching, relationship matching, image recognition, chatbots, face detection, web searches, music recommendations, mobile banking, maps, flights and car rides!

Much has been written about the potential use of AI in the design of engineering components and buildings, helping signature architects generate complex forms, but much less has been said about how it could be applied to the discipline of construction, in both safety and project management.

Autodesk Construction IQ is a service for applying AI to building project management information. A long time in development, it’s gone through quite a few name changes along the way, seemingly to avoid falling foul of other (non-competing) similarly named business applications. It was formerly known as Project IQ, then Construct IQ, and now under the Construction IQ brand is part of Autodesk’s BIM 360 cloud platform.

Up until July 2019 it was only available to companies that hosted data on the BIM 360 servers in the US. This has now been expanded to all BIM 360 hosting locations and can be added as an additional service to BIM 360 subscriptions.

For its development, Construction IQ has literally been fed data from tens of thousands of real-world historical projects, covering a wide range of building types: residential, university housing, office buildings, towers and airports. It has learnt from millions of issues and checklists and it continues to learn all the time from every new project it analyses.

Using this past knowledge, the system acts like an old hand that knows to look out for specific warning signs which might be imperceptible to a human. Construction IQ is looking out for a wide range of risks, from issues that would jeopardise project delivery times, to those that would impact health and safety. This can be at a high overview level or at a granular level, identifying contractors, employees which carry the most risk. As projects are run through BIM 360, Construction IQ subscribers get a configurable dashboard where a broad overview of the analysis across multiple projects is displayed. Obviously as the system is cloud-based it can be run on a desktop or mobile device, such as a phone or tablet.

A traffic light system indicates the quality risk for today’s planned activities, safety risk, the number of sub-contractors at risk, high risk issues, water risk issues, checklist and overdue issues. This can also include a live camera feed from the site, weather information and a timeline of risks. By selecting a topic area, the usercan drill down into more detail on who, why and what. The software will even prioritise what it thinks are the most critical issues and will learn the risk profiles of individuals.

BAM Ireland was established in 1958 as Ascon Contractors and rebranded as BAM Contractors around 2008. The company was initiated as a Dutch-Irish joint venture and today it’s the country’s largest civil engineering contractor. BAM currently employs over 2,000 people directly and indirectly and its development focus is on the digitalisation of construction, increasing standardisation and continuing the development of its pre-construction management.

Out of all the BAM groups, BAM Ireland seems to have a keen appetite for deploying the latest technology and seeing how it can improve its digital construction processes. It puts this down to the fact that it’s a small part of the operation and can therefore be more digitally agile.

The company is also heavily into lifecycle. As BAM builds and operates many facilities for clients for up to 25 years, the incentive to manage risk and maintenance in the short and long-term gave additional impetus to join the Construction IQ beta in 2016.

While BAM Ireland is obviously a big proponent of BIM and construction simulation it also wanted to rid itself of the paper process so adopted BIM 360 to host project data and digitise its data col lection and distribution workflows alongside the model.

Once BIM 360 had been implemented and initiated with Construction IQ, the team started to run the insight capability on projects to identify which contractors were the greatest risk to project success. The answer came back that it was clearly BAM Ireland itself! Construction IQ ‘red flagged’ inconsistent document issues in existing projects and this turned out to be project members who were raising issues but failing to close a large percentage of them in the system once they had been fixed. 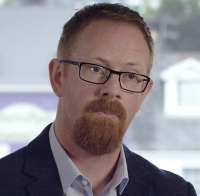 If this system is taking a lot of heavy lifting away, it’s giving us a laser sharp focus in terms of what the genuine health and safety issues are Michael Murphy, BAM Ireland

This meant projects appeared to have many overdue issues, even though they didn’t. This undermined the whole digital process and so BAM Ireland’s first task was one of internal education and house- keeping, as a lot of its collated data was ‘garbage’. This dramatically brought down the number of open issues in projects. However, the system still identified real and critical issues within the huge haystack of project documents, of which there can be 10,000 – 15,000 per building.

“A huge problem here for us is overdue issues. If we fix these problems early, they’re cheaper to fix,” explains Murphy. “If we start with a $25 issue that could be fixed in design, if that gets to construction that increases to $250 to fix. If it’s spotted during snagging that will be $2,500. If it gets into operation it could cost $250,000. Knowing where the issues are early on is essential.

“If this system [Construction IQ] is taking a lot of heavy lifting away it’s giving us a laser sharp focus in terms of what the genuine health and safety issues are. We don’t have to explain how it works to the team; it just happens! Not only is it pointing at major issues but it’s giving us more time.”

Since adopting Construction IQ, the company has realised a 20% improvement in on-site quality and safety and a 25% increase in staff time spent on high- risk issues, both of which are products of improved decision-making, resulting from increased visibility into issues and risks. There is also comfort in the knowledge that as Construction IQ continues analysing every BAM Ireland project, it’s refining its prediction capability, improving its accuracy.

For now, Construction IQ has been used on new construction projects, but the team is also interested in applying the AI to span the entire project lifecycle for maintenance data, which could identify trends in longevity of supplied components and help define better long-term building design.

The team wants to use Construction IQ to help standardise efficient processes across the BAM Group. From the early exposure, it’s clear that the application of AI and machine learning is providing extremely pertinent information about current and potential risks to the project portfolios.

Construction IQ hasn’t yet allowed BAM to look at how lessons learnt can be used to impact project scheduling, which is something the team would like to investigate, how it could impact managing sub- contractors and sequencing for example, which remains a manual process.

“The reality is that construction projects tend to have gone badly wrong before anyone has realised it,” concludes Murphy. “It is being built or has been built completely wrong. What we are seeing now is that we get early indicators, what the major issues are, [and with] which subcontractors.

“You can identify and remedy issues earlier, no more floating under the radar. We have more time to have better oversight and, as the general contractor on projects, we have got to own it and anything that can help us ‘own it better ‘has got to be a good thing and we realise we are just scratching the surface of what is possible.”