Bentley has been showing its point cloud and photogrammetry capabilities for several years. With growing interest and adoption, it’s clear that new workflows and benefits are now there for the taking, writes Martyn Day.

Bentley Systems has been a keen acquirer of hot technologies and firms over the past five years. While cornering much of the analysis, simulation and document management arena, Bentley turned part of its acquisition strategy to focus on laser scanning/ point clouds and addressing its core tool’s ability to accurately handle mixed raster and vector formats.

Laser scanning has always faced an uphill struggle. Scanners have been expensive to buy, complex to operate and generate huge files to manage, so have remained the preserve of the expert surveyor. When in 2011 Bentley acquired PoinTools, the company had the best tool on the market for managing and editing point clouds. The deal also brought the company’s well-respected CEO Faraz Ravi into the Bentley fold.

Fast-forward to 2015, and Bentley acquires Acute 3D, a company with a technology that converts photographs into highly accurate 3D models through the use of complex algorithms. As a test case, we first saw Bentley use this application to create a highly detailed model of downtown Philadelphia from 28,000 photographs, which were uploaded to the cloud for processing and used to make plans for the Pope’s visit to the city.

Ravi explains that now, without the need of expensive laser scans, anyone can create a reality mesh. All they need is a series of photographs, which can be taken with an iPhone, DSLR camera or even a drone. 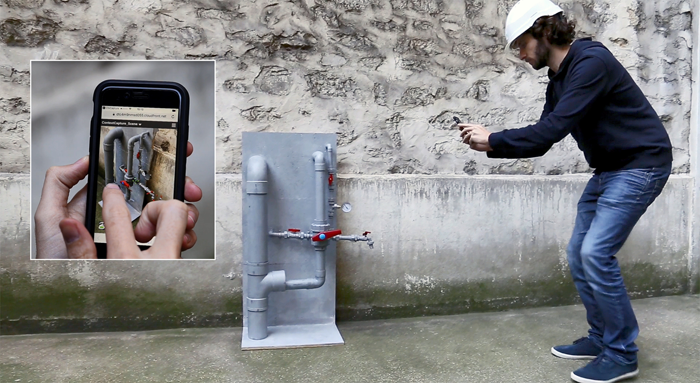 The reality mesh can be used throughout construction, commissioning and operation. Regular scans can detect changes and deviations from the design model to the as-built and be used to impact changes to construction documentation. 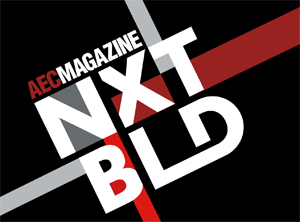 One would assume that the most accurate survey you can carry out is with a high density point cloud, collecting millions of measured points. Historically speaking, this was the case, but with the new algorithms driving photogrammetry methods the difference between the two is becoming smaller. Mr Ravi explained to AEC Magazine that the results from their own tests of laser scanning versus photogrammetry prove that there is not much between them anymore in terms of accuracy and, for those times when both types of surveys can be performed, the Bentley ecosystem can handle a combination of both LiDAR (point cloud) and photogrammetry (reality mesh).

A helicopter was chartered to obtain the aerial images that were used to produce the detailed model of downtown Philadelphia. Today on construction sites, advanced drones can do this job, but they need to be told what to do. New photo planning capabilities in ContextCapture allow engineering or survey professionals to plan the optimal camera positions and flight paths for UAVs to achieve required levels of accuracy. 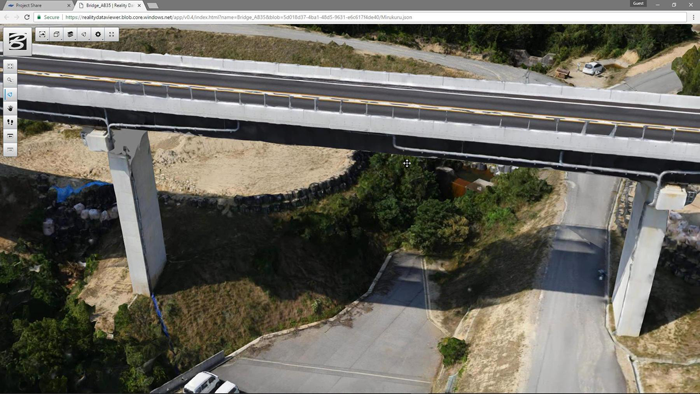 Desktop users can also take advantage of the power of the cloud to process reality meshes. ContextCapture uses GPUs to process the hundreds or thousands of photos needed to create a reality mesh, so to speed processing time for very large models (typically involving more than 30 gigapixels of imagery), users can use the dedicated ContextCapture Center in the cloud, which is architected for grid computing with multiple GPUs.

ContextShare is another new development that extends Bentley’s ProjectWise connected data environment to securely manage, share, and stream reality meshes, and their input sources, across project teams and applications. Navigator Web is a new web application that delivers highperformance streaming of very large reality meshes through the browser to desktop or mobile devices.

Bentley envisages reality modelling being carried out, used and accessed at the start of the process with mapping and early planning, through design, construction and operation. With new technologies come new workflows, and Bentley has been quick off the mark to flesh out point solutions that can be brought together to extend the benefits of using Reality Mesh throughout a design process. ContextCapture processing and meshing can be done either in the cloud or on-premise, stored centrally on ProjectWise and then distributed everywhere.

Bentley’s foundation is the MicroStation platform, on which all the technologies it acquires or develops sit. The speed at which Bentley has managed to incorporate the new capability and include support throughout its product ecosystem should not be ignored. By having a single product stack, Bentley took an acquisition which placed it in the game later than Autodesk with its 123D Catch development, but provided it to all its customers in less than a year with enterpriselevel infrastructure to back it up. This is nimble footwork and demonstrates the commitment and belief that reality modelling is going to make a big difference. It also shows the benefit of having a single development platform.

A year ago at the SPAR conference in Houston, CEO Greg Bentley explained that he believed there was significant potential for reality modelling in improved infrastructure engineering, in particular, from continuous surveying enabled by simple digital photography and UAVs, but admitted that he expected resistance from survey professionals, who were heavily invested in expensive laser scanning equipment. However, in just one year, Bentley said it was clear that reality modelling had “gone mainstream” globally, supporting projects and assets of every domain and scale in ‘going digital’. AEC Magazine agrees.