Ask anyone at David Morley Architects (DMA) about the firm’s design philosophy and it’s likely they will talk passionately about introducing new methods, ideas and products into their designs in order to ensure that each building component solves more than one problem.

For example, in the firm’s offices on the fringes of London’s Clerkenwell district, DMA has incorporated a large ‘living wall’ into the office courtyard.

Incorporating a layer of plants grown in super-absorbent rockwool and watered via a computerised hydroponic irrigation system, this green wall softens the working environment by adding nature to an urban space, while simultaneously cooling the computer server room. That reduces energy consumption and increases network uptime. It’s beautiful, functional and efficient.

Extending this ‘let’s make every input count’ approach to the wider design process, DMA recently introduced BIM workflows with the aim of making design and analysis better, faster and cheaper.

In this way, the firm hoped to extend design periods while maintaining project delivery targets. That kind of change isn’t easy and doesn’t come without challenges, so DMA recruited a seasoned BIM expert to lead the transition.

Enter Adrian Banks, who joined DMA in 2010 from the Billard Leece Partnership (BLP) in Australia. There, he had worked extensively with Bentley Systems’ MicroStation Triforma – the forerunner to Bentley Architecture and Bentley AECOsim.

On his arrival at DMA, Banks was happy to stick to familiar territory when it came to technology.

“I was very pleased to see that DMA was already a good MicroStation shop, so upgrading to Bentley Architecture for our first BIM project was a natural progression,” he says.

The first project was the building of the new Medium Secure Unit at St Bernard’s Hospital for the West London Mental Health Trust.

As a multi-building campus project, the design called for the demolition of one building to accommodate the construction of an entirely new one, which in turn needed to integrate with a pre-existing building, with the goal of creating a new, self-contained campus.

Delivered using a P21+ partnering agreement, the project team included Kier as the main contractor with DMA for design and AECOM for all engineering work, including structures, civil, M&E, acoustics and public health.

“We went ‘all-in’ with BIM at a very early stage of the project,” says Banks. “Kier has a dedicated BIM group ready to kick off every new project, so we were happy to be guided by them.”

With the whole team on board and in agreement, there was no ‘testing phase’ for the BIM adoption. The team just dived straight in. While this was quite acceptable to those building the BIM model, other team members – who were more used to watching drawings develop over time – were left a little nervous at the lack of visible deliverables.

“There was nothing – until there was everything,” says Banks, explaining, “Until the model was nearing completion, there were no drawings for the project leaders to review.”

To help counter their concerns and ease some of the tensions, DMA split its team into groups dedicated to BIM modelling, spec writing and 2D details production. 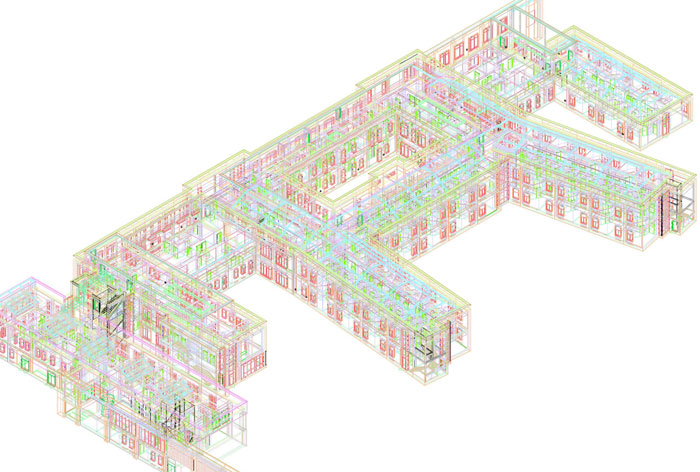 So what did the team learn in the process? According to Banks, a key takeaway was the necessity of investing in training to improve adoption.

“Upgrading the software without upgrading the users’ skills is a recipe for rejection. Before we could ask the design team to believe in the new BIM workflows we planned to implement, we first had to demonstrate our belief in them by investing in training,” he says.

In fact, DMA does a lot of training as standard practice. Working with the team from specialists Evolve Consultancy, DMA’s architects are able to attend oneday training courses on an as-needed basis.

In addition, each month, Evolve Consultancy spends a day in DMA’s offices focusing on key aspects of the CAD and BIM workspaces they maintain. This work is supplemented by DMA’s own inhouse training sessions.

As always with training, return on investment (ROI) is never easy to measure. This is why, after the first few years working with BIM, DMA went in search of a skills analysis service in order to assess progress to date and to ensure that future skills development training was targeted at identified areas of need. Here, the firm picked KnowledgeSmart as its provider.

DMA started with KnowledgeSmart in 2015, at first using only its online skills assessment services to assess new staff. With positive and reliable results, the firm soon decided to assess all staff, apart from those partners who spend little to no time in the CAD and BIM environment. In total, 47 people took the MicroStation Fundamentals test, returning an average score of 70% – a strong benchmark for the practice.

Digging a little deeper, the firm found that scores were spread fairly evenly between 45% at the low end to 100% at the top end – and, at the same time, unearthed some surprising findings.

For a start, some more confident team members expected to perform better in the test than they actually did, while others who expected to underperform actually exceeded expectations. This indicates that confidence is not a reliable guide to an individual’s real-life aptitude with a technology.

Second, those who responded quickly to the assessment invitation tended to perform better in the test than those that procrastinated, suggesting that hesitation may be a useful indicator of a lack of capability. 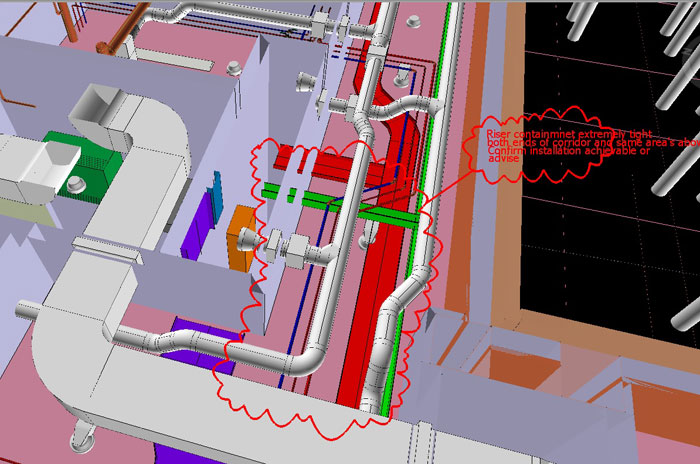 Other patterns were identified across the practice hierarchy at DMA: associates typically scored higher than the benchmark, while architects and senior architects were more likely to be in line with it. Those who performed below average were likely to be associate directors at the firm at the top of the hierarchy and Part One students at the bottom. Part Two students, meanwhile, performed better than their Part One counterparts, but still fell a little below the average.

“These broad-brush assessments are interesting to play with, but the real data crunching provides the most value,” says Banks. “We are now using the specific results from each assessment to identify weak spots in individuals and, together with Evolve Consultancy, we have planned a series of two-hour training ‘sprints’ to fill those skills gaps.”

Allowing itself a year to complete its benchmark-raising training plan, DMA intends to invite the whole team to reassessment after 12 months. It anticipates that targeted training based on informed needs will make its budget go further. This, in turn, is forecast to provide significant ROI on the annual KnowledgeSmart subscription fees and release additional funds. These will go towards rolling out a limited assessment plan for 3D and AECOsim users after the MicroStation Fundamentals programme is complete.