AMD has launched the AMD Ryzen Pro 6000, a new series of processors with integrated pro graphics designed for mobile workstations and business laptops.

The AMD Ryzen Pro 6000 Series features ‘Zen 3+’ cores to deliver what AMD describes as an uncompromising combination of high-performance and power efficiency with ‘all day’ battery life. Offering up to eight cores and 16 threads with a maximum boost clock of 4.9 GHz, AMD says the new CPUs are up to 1.3 times faster than its previous generation.

The AMD Ryzen Pro 6000 Series stands out due to its integrated AMD RDNA 2 graphics, which includes support for the AMD Radeon Pro graphics driver.

Offering up to twice the performance of AMD’s previous generation and with 19 planned Independent Software Vendor (ISV) certifications, it should mean some users of CAD and BIM software do not need a mobile workstation with a separate discrete GPU.

This could save money, reduce energy consumption, and improve battery life as the Thermal Design Power (TDP) of the top-end AMD Ryzen Pro 6000 processers only go up to 45W. 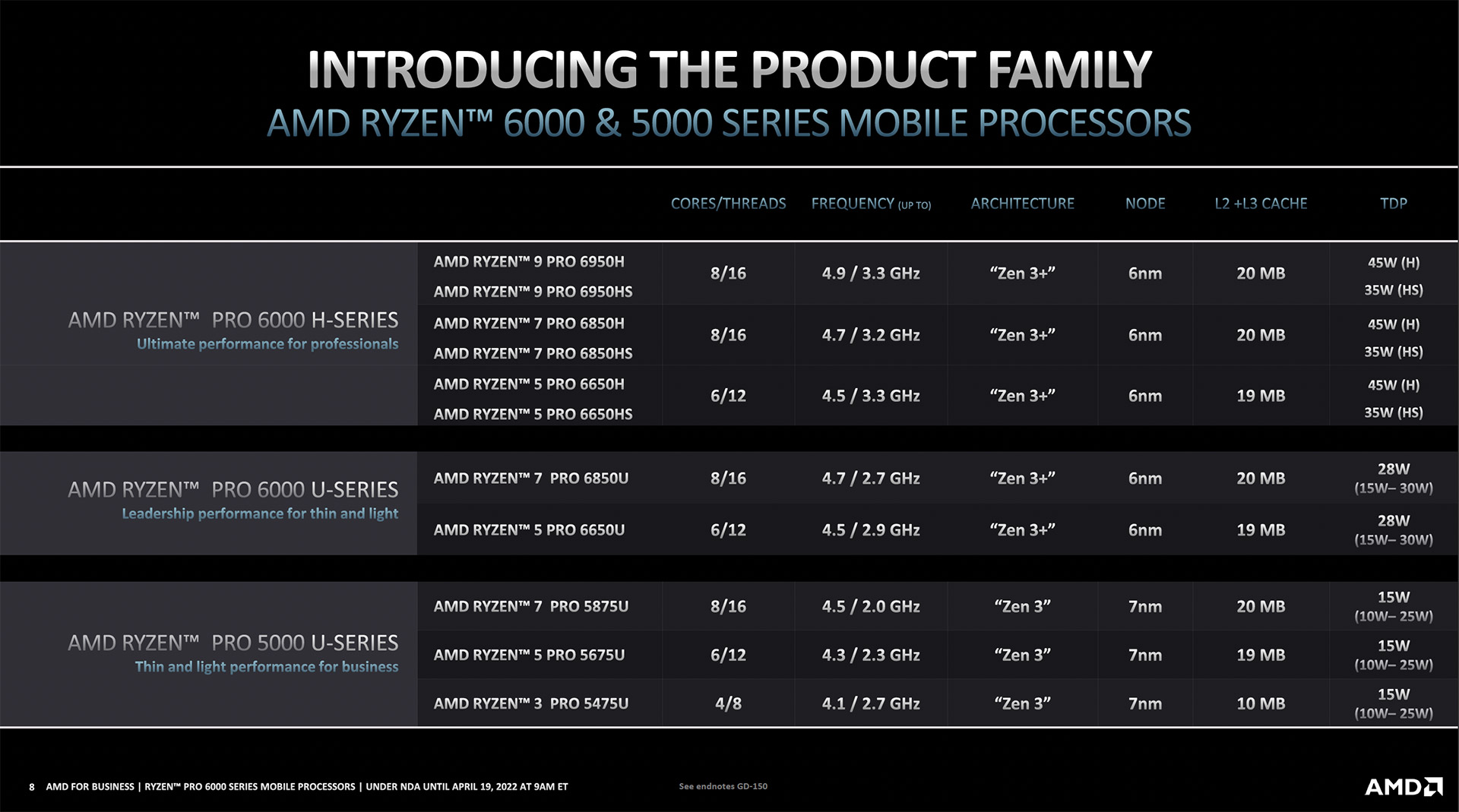 Lenovo is the first major manufacturer to launch an AMD Ryzen Pro 6000-based mobile workstation.