Lenovo is also branching out in aesthetics. In addition to traditional black, the new machines are available in storm grey with an aluminium ‘A’ cover. There continues to be a big emphasis on reliability and durability. The ThinkPad 16s Gen 1, for example, passes 26 MIL-SPEC testing procedures.

The ThinkPad P14s Gen 3 and ThinkPad P16s Gen 1 come with a choice of 12th Gen ‘Alder Lake’ Intel Core i7 processors, up to 14 cores and up to 4.8 GHz. According to ThinkPad senior product manager Lane Jesseph, this marks Intel’s first foray into two different core types – power (P) cores and efficiency (E) cores – to give you power when you need it and battery sipping efficiency when you need that.

With NVIDIA T550 professional graphics with 4 GB VRAM both machines are ISV-certified. On paper, this makes them well matched to 3D CAD and BIM tools such as AutoCAD, Revit, Solidworks, and others, but they will likely fall short in more demanding 3D workflows like real time visualisation and VR. 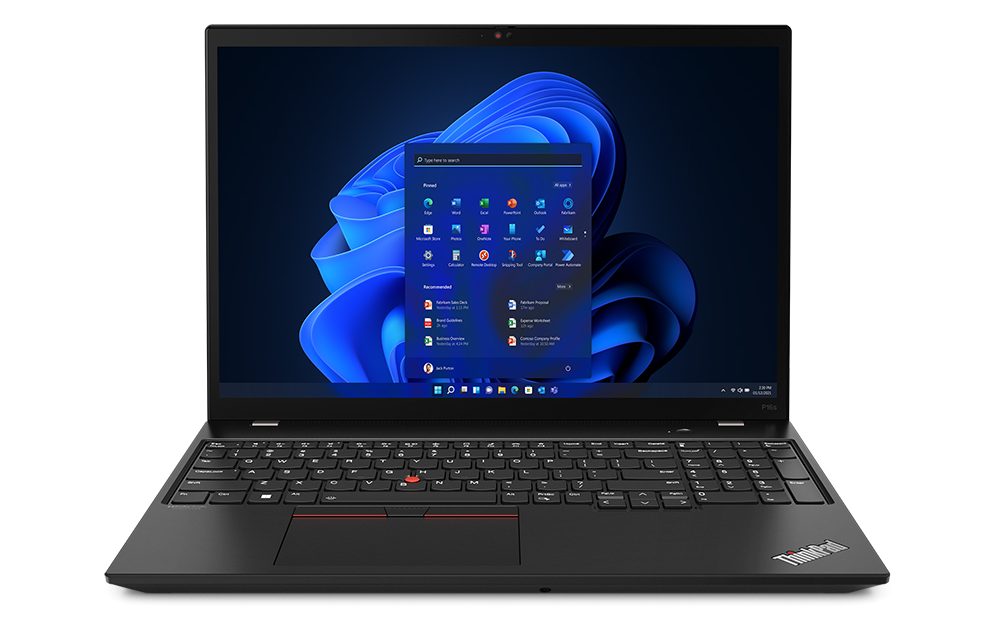