It has been a widespread rumour that Autodesk was developing a new native version of AutoCAD for the Apple Macintosh operating system, OSX. While in San Francisco in May I even accidentally caught a cheeky peek of the product as it was in development and it looked almost complete back then.

While the Mac version was the big news, the surprise icing on the cake was the announcement of AutoCAD WorkSpace. This requires Internet access on iPad, iPhone or iTouch and streams DWGs from the cloud to your Apple mobile device.

With much hype and hoopla, Autodesk has just unveiled the software, although it is not due for release for a month or two. At the same time, Autodesk has announced a portable version called AutoCAD WS for iPhone, iPad and iPod Touch — DWGs will be everywhere.

Whatever your opinion of the Mac as a platform, for Autodesk this is a significant move and a further step away from being just a Microsoft developer. There was a version of AutoCAD for the Macintosh almost two decades ago but this was dropped due to poor sales, along with other UNIX versions of AutoCAD. Autodesk then started incorporating lots of Microsoft technology in AutoCAD tying it in very closely to the Windows environment.

Since CEO, Carl Bass has taken the reigns, there has been a concerted effort to free its software products from being so Microsoft-centric and prepare the company for expected changes in the way software is purchased and consumed — namely the cloud/Internet. 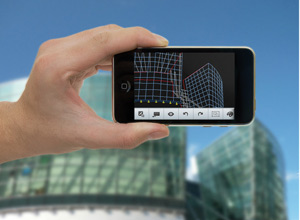 Autodesk, like many software companies, is also seeing the rapid increase in usage of Apple’s Mac platform, especially on University campuses.

In talking with Rob Maguire, product manager for AutoCAD for the Mac, it seems the idea about doing a Mac port has been around for almost seven years. That idea was never acted upon until two years ago, when a small development team took 18 months to port the DWG library to the Mac to prove that the technology could be native and still be compatible with its Windows brother.

Once DWG had been ported, other components were looked at. One of the core engines is the 3D ShapeManager kernel, which fortunately had been already ported by Autodesk Manufacturing team to assist with the company’s Alias products, which are already cross platform.

Then it was a question of user interface and deciding what commands are the most important to port. There are some that rely too much on Windows-centric code to work, such as support for Visual Basic (VBA). The net result is a DWG native application with over 1,700 of AutoCAD’s commands that made the first release.

According to Mr Maguire, the toughest job was getting 2D vector precision in the display. While Macs are big in graphics, in industries like desktop publishing, CAD is something else. Plot fidelity required a considerable amount of effort to ensure an AutoCAD Mac plot if overlaid with an AutoCAD Windows plot exactly matched.

The job required a complete reintroduction to the OpenGL graphics format, with Autodesk relying on Microsoft’s DirectX for Windows.

Mr Maguire told me that work done here will feed back into the Windows variant and could lead to the option of OpenGL for AutoCAD on Windows as well.

The goal of the Mac User Interface was to make it Mac native, as opposed to a carbon copy of the Windows one, as here some Mac conventions contradict the way AutoCAD on Windows works — for instance the space bar would execute the last command but on the Mac it’s pan.

With a beta test group of 5,000, Autodesk has worked through the selection set of commands that an AutoCAD for the Mac type of user would commonly use and Architects certainly helped skew this initial offering, less so structural and civil engineers. 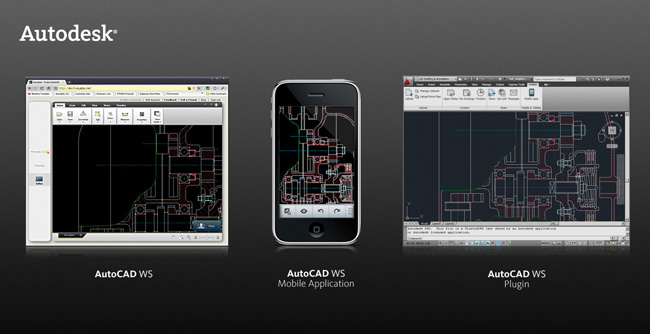 Some other omissions will be network licensing, administration tools and a lack of a migration toolset. Subscription is offered.

Initial cost is expected to be the same as Windows AutoCAD 2011. The product is currently in beta and expected to ship in October, however this may slip should any quality issues be found. According to Autodesk, it has already taken orders for the forthcoming AutoCAD for the Mac.

While the Mac version was the big news, the surprise icing on the cake was the announcement of AutoCAD WS — WorkSpace. This is a non-Flash-based version of Autodesk’s Project Butterfly technology, which is currently on Autodesk Labs.

This application requires Internet access on iPad, iPhone or iTouch and streams DWGs from the cloud to your Apple mobile device, where live collaboration and geometry edits can be carried out between users.

It is due to ship this Autumn and will be available for free on Apple’s iTunes store.