Autodesk is targeting contractors with a new iOS app that connects BIM models to the construction layout process.

The Autodesk BIM 360 Layout app uses the BIM 360 cloud service to connect digital designs with the physical world by controlling a robotic instrument from Topcon.  With a direct connection to the Topcon LN-100 Robotic Instrument via WiFi, users can be guided to physical locations on the site – based on points created in the 3D model that are represented in the BIM 360 Layout app.

The idea behind the technology is to replace error-prone manual layout techniques with what Autodesk describes as ‘laser-guided precision’. Accuracy, productivity and delivery of projects on-time and on-budget are the end goals.

The workflow is as follows. Contractors start with Autodesk Point Layout in connection with AutoCAD, Navisworks or Revit, and then import their model with field points into the BIM 360 Glue web service which can then be synced with the BIM 360 Layout app on the iPad.

“As the layout process is directly connected to 3D models on our construction projects, rigor is placed on managing and leveraging the up-to-date, coordinated information by the entire project team for construction layout,” said Ondrei Poliak, Virtual Construction Manager, PCL Denver District.  “In our use of the BIM 360 Layout app which is connected to BIM 360 web services, we have streamlined the process of checking and verifying our sub trades’ staked and installed components resulting in time and money efficiencies never before realised on this level.” 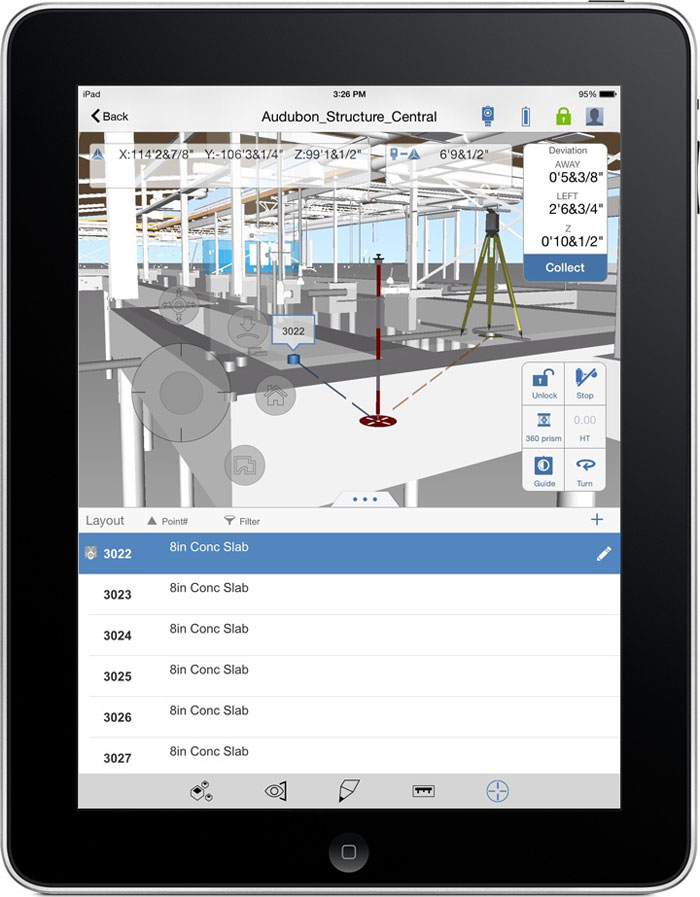 The BIM 360 Layout app features a first person—immersive view of the building model as the user walks the jobsite to layout field points.
Advertisement
Advertisement