In the latest version, ArchiCAD 13, Graphisoft has delivered the most impressive array of improvements and enhancements to its architectural Building Information Modelling (BIM) system in the product’s history. Martyn Day reports.

Originally released in 1987, ArchiCAD has always been both a 2D and a 3D architectural design solution, five years ahead of Autodesk’s acquisition of Revit. While 13 may be unlucky for some CAD vendors, Budapest-based Graphisoft has eschewed superstition, releasing the thirteenth version of the original desktop virtual building solution for architects this month.

The new teamwork capabilities allow users to reserve only the minimum needed parts of the model to carry out their work. A coloured view of the workspace gives an instant picture of which project member has reserved specific geometry.

Graphisoft is heralding this as a revolutionary release, mainly in the way it allows project teams to work together on the same model. There is also a host of improvements and new features that will make its existing customers think that Christmas has come early. It is certainly a crowd-pleasing release. Before going into this new version in detail I want to backtrack and examining just how these BIM products came to be developed in the first place. The AEC CAD market is and has been predominantly 2D, with products like AutoCAD dominating the core construction disciplines. There were a number of very expensive, rudimentary 2D/3D systems like Sonata and GDS that were used (mainly by London practices) but these proved too expensive and too limiting. For many architects CAD became a replacement for the drawing board and construction went back to a flat design world.

The Mechanical/Manufacturing industry followed a similar path but despite the cost, continued down the 3D route. The advantages of modelling over drawing symbols is that designers can explore, analyse and run simulations — a benefit not lost on product and mechanical designers. However, Graphisoft was the one architectural developer that never lost faith in the vision of 3D architectural modelling and despite what the majority of the market was doing, managed to build a decent-sized business across Europe, selling to enlightened 3D architectural firms.

Meanwhile, Revit’s origins were from this mechanical CAD world where two programmers at PTC Corporation (developers of Pro/Engineer), created a new parametric modeller that, despite considerable immaturity to ArchiCAD, was snapped up by Autodesk.

Both these key BIM products returned to the core concepts of those early expensive 3D systems but benefited from modern programming methodologies, faster processors and graphics, more memory and lower cost. Both products allow architects to design in 3D providing all the 2D general assemblies ‘on demand’ as a dividend of the 3D process. 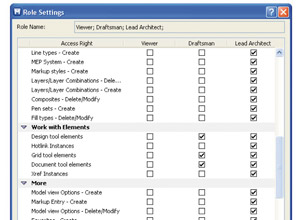 Every project member gets assigned a role, which can be remotely configured to allow varying degrees of access, view, creation and editing capabilities.
Advertisement
Advertisement

While the take up of BIM was slow at the start, the popularity of products like the free Google SketchUp showed the benefits of 3D to many architects, which ultimately helped kick off a migration to 3D for the construction industry.

Creating a BIM solution is a massive software development task and it is always a work in progress. BIM systems need to have components like walls, doors, windows, floors, slabs, roofs — allowing for all the variations that architects use — as well as fixtures and fittings. Then there are structural elements, MEP components, site tools as well as flexible 2D output.

Most BIM solutions have concentrated on the content and core design capabilities of the software, with hardly any attention spent on developing ideas for workgroups and allowing multiple designers work on the same model, which in a collaborative multi-firm environment is a major drawback.

The solutions required the user to have multiple models, or segment models up or zone off inappropriately large chunks of geometry to make edits. All the packages ‘clunked’ when it comes to project teams; none of the BIM developers had a proper solution to sharing the model data, until now.

ArchiCAD 13 introduces the most elegant and simple solution for team working I have ever seen. ArchiCAD now allows multiple designers to work on the same model at the same time, without the need for carving a project up.

Based around the new Graphisoft BIM server, any number of designers can all work off the same model, the same library of parts. Using a client server approach all the data is secure and there is only one master model. Keeping things very simple, administrators set up project teams with job roles and access rights, allowing the server to co-ordinate model transactions and user-rights.

After logging in and the first transaction of the model data, only changes are sent across the system. Data streams are in kilobytes, which can be sent within an office building or across the Internet. The user can send or receive any changes at will or wait for automated checks. 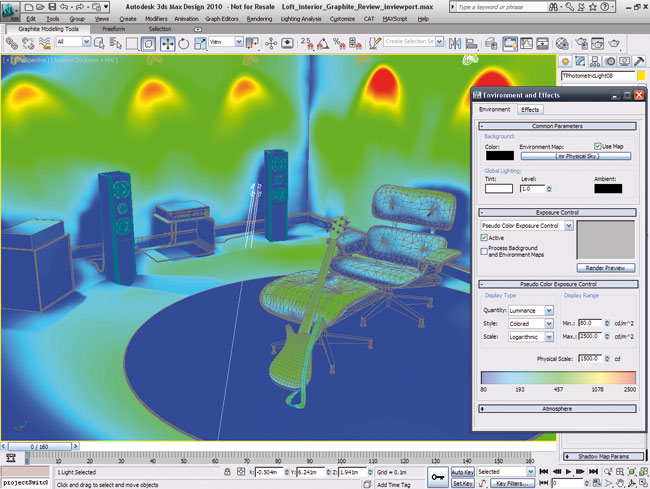 The infrastructure is a very traditional client server set-up. What makes this implementation remarkable is just how easy and fast it is to administer and use, wherever the project team members reside.

Selection of geometry is simple. Using the Teamwork dialogue, simply click on geometry that needs editing and press the reserve button. The geometry will be reserved on the server and will turn a specific colour for each designer. There are also powerful filter commands to mass select elements and zones for reservation — perhaps to change all the fire doors on a floor or in a building. It is possible to work online or offline with reserved geometry or zones, allowing for times where there is no Internet connection, like on an airplane.

Teamwork is nothing without communication and here there are some great features. Project members can request the granting of reserved elements from other designers. Teamwork also goes beyond the geometry, by enabling the allocation of reservations to views, publishing sets and element attributes. Graphisoft has developed a very clear method of finding out who has reserved what. The system even includes a built-in instant messaging system, which will help track those all-important design decisions and comments as the project develops.

Teamwork really is a game-changing implementation for workgroups BIM. Some may see it as a document management system but this really would be selling it very short indeed. With granular, real-time control of every aspect of the model and fully dynamic allocation of all elements, built-in messaging and incredible ease of use; I have to say that this is the transaction-based technology that all BIM solutions have been woefully missing all these years.

ArchiCAD’s standard feature set has also received some love and attention. The first thing to notice is that OpenGL has been improved to give a noticeably sharper and richer display.

ArchiCAD 13 supports the classification of BIM elements as either load bearing or non-load bearing structures, for more accurate export to programs used by structural engineers.

Curtain walls can be quickly and freely edited without having to return to the curtain wall tool palette. Slab and roof edges can have a slant angle that can match and joint with other elements. 2D and 3D fills have also been improved to handle ‘soft’ insulation in composite structures better.

Graphisoft has always been excellent on data exchange and this release continues in that vein, uprating its compatibility with AutoCAD DWG, together with a classification for load and non-load bearing elements to enhance export to structural engineers — there are now thousands of steel profiles added into the product.

Other improvements have been made to view orientation, rulers, automatic dimensioning and object handling.

The other negative thing that BIM models are associated with is lack of performance. As models and information grows there is an impact on speed. In the previous release support for multi-core was added. In ArchiCAD 13, Graphisoft has ported the application to 64bit Windows, enabling access to Gigabytes of RAM, dramatically increasing potential project size and eliminating the need to cut models up into chunks. The 64bit Mac implementation should be available soon.

This is a big release for Graphisoft and its customers. Many of the longstanding fundamental issues that BIM-based architects have had to work around been addressed, from big issues like collaborative working and performance on large models to something as essential as improving soft insulation in composite structures or slant angles on slabs.

Teamwork’s dynamic allocation of geometry and workspaces is incredibly powerful and simply done and sets the standard in the industry for how teams can simultaneously work on one BIM model.

While this is surely a brilliant release for existing customers, it will surely enhance Graphisoft’s ability to compete against Revit at least within the architectural part of the construction industry. Prices start at £2,400.