Replacements for the Precision T3610, T5610 and T7610, there’s been a small naming change, giving greater emphasis to the ‘T’ in Tower and grouping its dual GPU machines closer together.

All of the chassis remain pretty much the same but Dell says its engineering team has improved acoustics by optimising the fans.

There is a much wider choice of processors and, interestingly, there’s been a big boost to the number of cores on offer in its single processor workstation.

While the Precision T3610 peaked at six cores, the Precision Tower 5810 will go all the way up to 14. This should appeal to users of ray-trace rendering software who should be able to significantly boost performance without having to invest in a more expensive dual processor workstation.

Other new features include a doubling of memory capacity in all machines thanks to the introduction of 32GB and 64GB DIMMs later this year, plus 12Gbit/sec storage controllers, kicking off with a 2.5-inch 400GB SAS SSD.

Dell is also placing a big emphasis on software. Last year it launched the Dell Precision Performance Optimizer (DPPO), which was designed to simplify, automate and optimise workstation settings. Dell says the 2.0 release, rebranded to Dell Precision Optimizer (DPO), offers better integration with professional graphics as a result of it working closely with Nvidia and AMD.

There are some new application profiles including Inventor and 3ds Max.

Access software for $199. The software is designed to appeal to users who want an easy way to get remote access to their desktop workstations on a more casual basis.

For more on this technology read our in-depth feature. 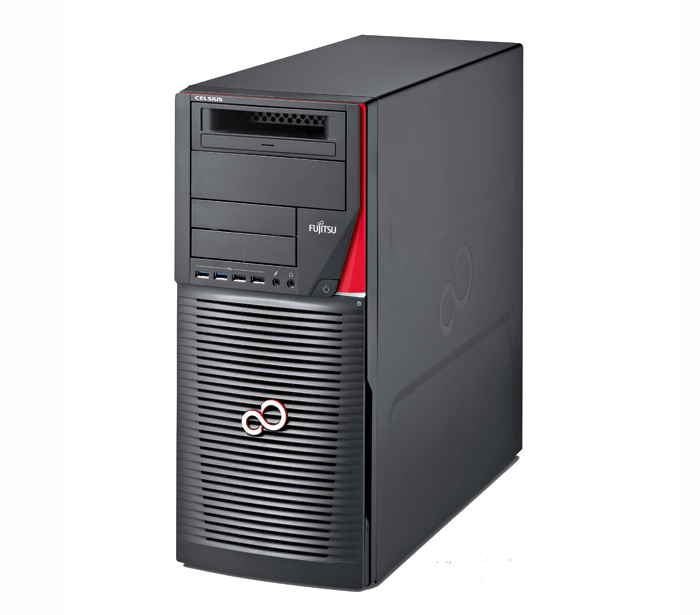 The choice of GPUs is equally extensive with AMD FirePro and Nvidia Quadro represented equally in both machines.

To support such powerful processors Fujitsu has upped the wattage of its Power Supply Units (PSUs) including 1,350W and 1,700W models in the multi-GPU capable Celsius M740power and R940power.

More power means more heat so Fujitsu has had to increase cooling efficiency to reduce noise. Big, low duty fans draw air in at the front and expel at the rear. Airflow has been improved by leaving a gap above a slimline optical drive. The gap also means a handle could be built into the chassis.

Both the Celsius M740 and Celsius R940 boast a front-loading drive bay, which can house 4 x 3.5-inch drives or 8 x 2.5-inch drives which are located with handy ‘Easyrails’.

Fujitsu has also added a PCIe SSD, which it claims offers double the read/write performance of SATA-based SSDs. The PCIe board features two M.2 SSDs, which are currently seen by the OS as individual drives although it may be possible to RAID them in the future. Fujitsu already has plans to introduce a model with a single M.2 SSD, which should give a lower cost of entry, around 1.2 times that of a standard SATA SSD. 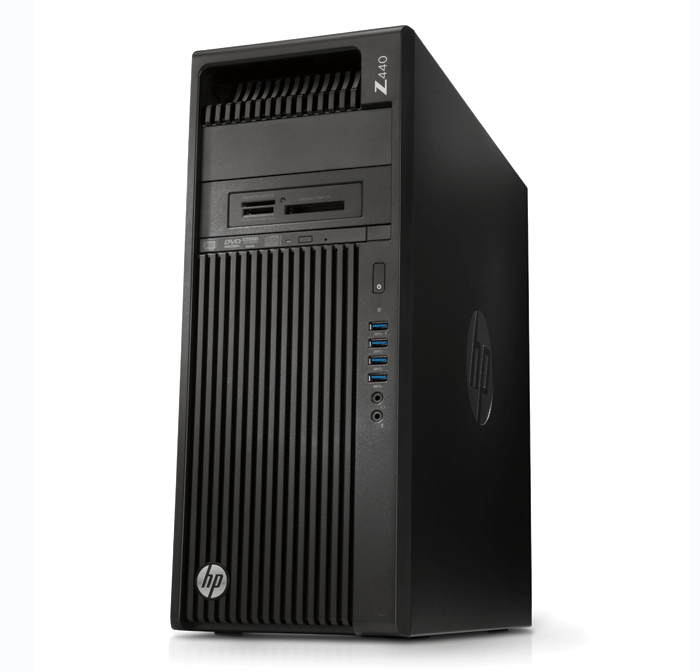 There’s a big focus on storage with the HP Z Turbo Drive now available as a standard option in all of its machines. This PCIe solid state drive (SSD) boasts twice the sequential read/write speeds of SATA 6Gb/sec SSDs.

Fast transfer of data to external drives is also possible with optional Thunderbolt 2.0, which is said to be four times as fast as USB 3.0.

The Z440 is HP’s mainstream 3D CAD workstation, featuring a single Xeon CPU, a big choice of professional GPUs, up to 128GB of RAM and up to four 3.5-inch drives.

Out of all the new HP workstations it has arguably undergone the most radical change, with a completely redesigned tool-free chassis, smaller than the Z420 it replaces. It has built in handles, a 9.5mm slim optical bay and two flexible 5.25-inch bays for front access storage or media card readers. There’s one ‘always on’ USB port to charge smart phones and other devices when the machine is off.

HP says the Z440 is also quieter, with a new high-performance CPU air-cooler said to be ‘equal to or better than’ the Z420’s liquid cooler.

The dual processor HP Z640 and HP Z840 are more evolutions of the HP Z620 and HP Z820, featuring tweaked industrial design to give consistency across whole family of Z workstations — desktop and mobile.

The big news is the Z840 can now take more storage. Its four 3.5-inch drive bays, which are tool free and feature blind mate connectors, have been adapted so they can support eight 2.5-inch drives in the same space. 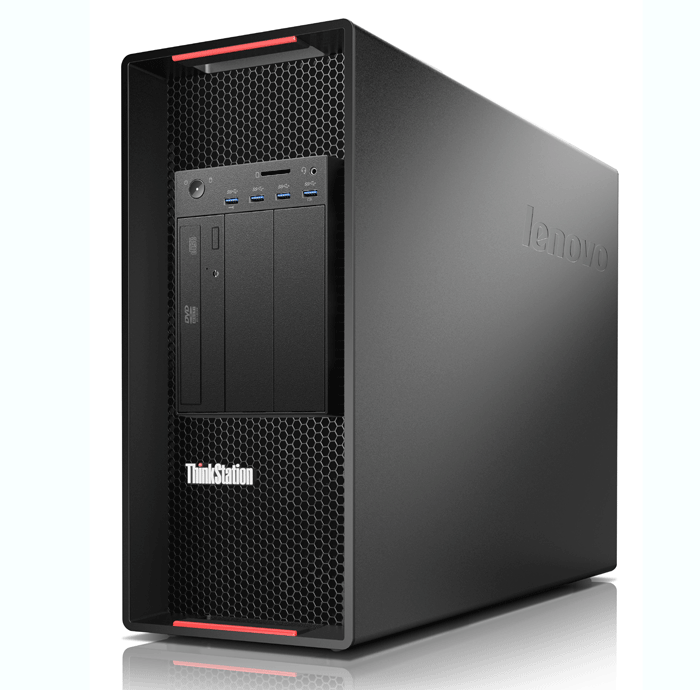 Lenovo’s new ThinkStation P-Series has been completely redesigned from the ground up. It features striking industrial design, lots of user serviceable features, impressive customisation and a highly engineered cooling system.

There’s a big emphasis on flexibility and each workstation can be easily customised to individual user requirements.

FLEX bays at the front can house optical, HDD or additional I/O ports. Inside, the FLEX connector, a small footprint PCIe card, will help deliver new I/O technologies without sacrificing a full sized PCIe slot. An M.2 module can host two 256GB or 512GB SSDs, and Thunderbolt 2 will come next year.

Unlike previous ThinkStation generations, the handles are totally integrated into the main body of the chassis. For servicing internal components, red touch points draw the eye to those that can be removed without a screwdriver.

The ThinkStation P-Series is said to run cooler than Lenovo’s previous generation thanks to a brand new thermal design, which builds on the tried and tested principle of drawing in cool air at the front of the workstation and expelling it from the back.

In addition to hardware, Lenovo has introduced its own Performance Tuner Software. It’s not as mature as HP’s Performance Advisor or Dell’s Precision Performance Optimizer (DPPO) but should grow in capabilities in the coming months.