AMD is looking to shake up the professional Virtual Reality (VR) graphics market, revealing today that its new ‘VR capable’ Radeon Pro WX7100 GPU will go on sale for $799 this week.

AMD had previously announced that the 8GB GPU would cost under $1,000, but this aggressive price will likely put additional pressure on Nvidia, whose cheapest professional ‘VR Ready’ GPUs – the Quadro M5000 and Quadro P5000 – cost more than twice as much.

VR needs much more 3D horsepower than traditional 3D CAD as it needs to deliver very high frame rates (90 FPS) so users do not experience feelings of nausea or motion sickness when wearing VR headsets like the Oculus Rift or HTC Vive.

The AMD Radeon Pro WX7100 is not only said to deliver the required performance for VR but it does so in a single slot form factor that typically draws less than 130W. In contrast, the Nvidia Quadro M5000 and P5000 are double slot GPUs – although it should be noted that, on paper, the Quadro P5000 is a higher performing GPU.

While AMD has not provided any official VR benchmark figures, it does claim that the Radeon Pro WX7100 is up to 45% faster than the Nvidia Quadro M4000 in SolidWorks 2015 (when using RealView and Shadows and Ambient Occlusion) 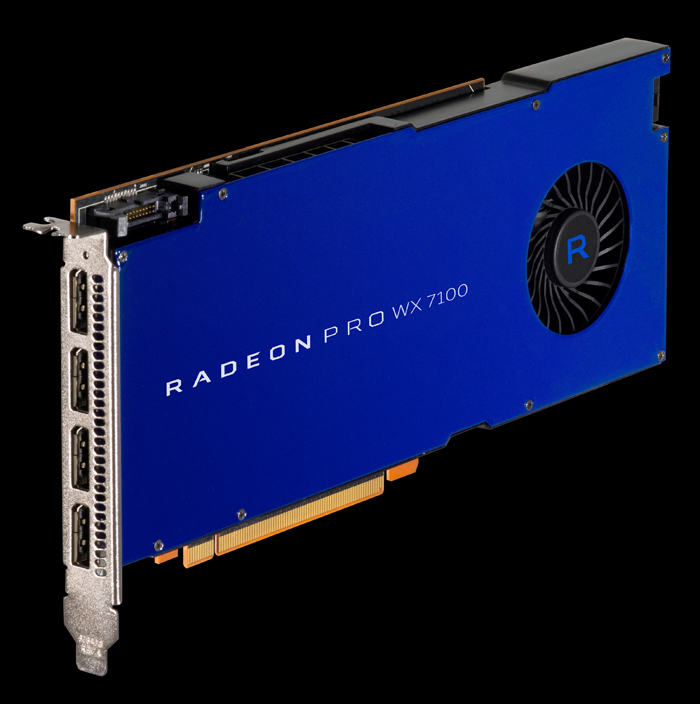 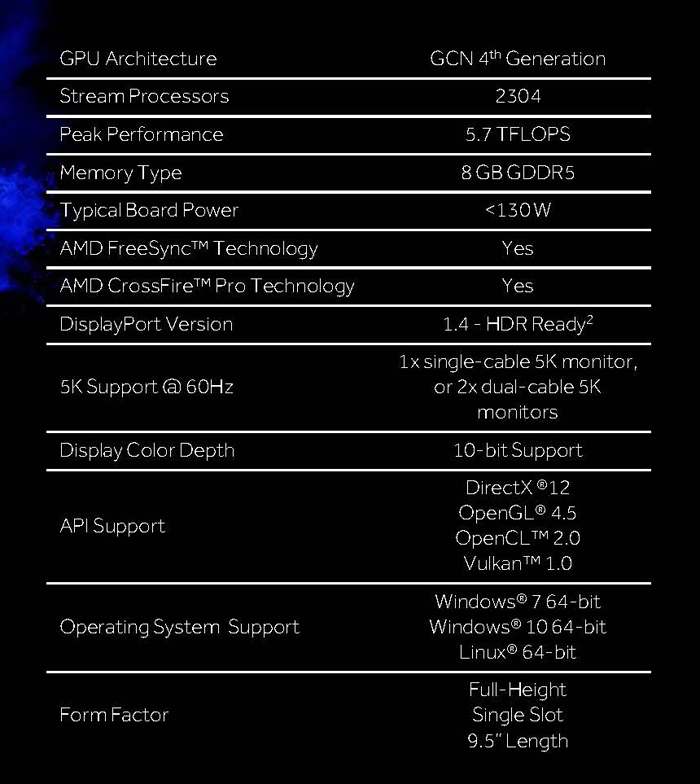 However, an AMD spokesperson told DEVELOP3D that, for VR, the Radeon Pro WX7100 is faster than the AMD FirePro W9100, the top-end card from its previous generation pro GPU family, which costs more than five times as much.

With many VR applications being driven by the games industry – using game engines like Unreal and Unity – AMD and Nvidia are under increasing pressure to justify the higher cost of professional GPUs over consumer GPUs.

AMD is also keen to point out the superior build quality of its new WX Series GPUs – which include more robust heat sinks and a PCB with thicker ‘gold fingers’ for a better (and more durable) connection to the PCI slot. AMD backs this up with a 10-year warranty (standard three-year and extended 7-year upon registration) for all Radeon Pro WX Series GPUs.

The AMD Radeon Pro WX 7100 is not the only member of the new Radeon Pro WX family, which replaces FirePro as AMD’s professional GPU brand.

The AMD Radeon Pro WX5100 also has 8GB GDDR5 memory but is focused on high-end 3D CAD and interactive design viz using game engines. It will retail for $499. 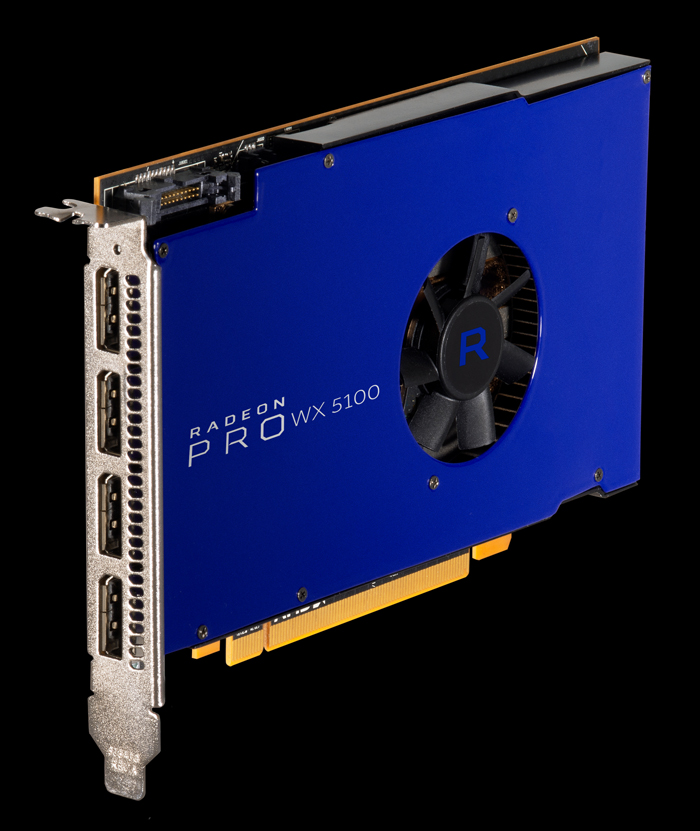 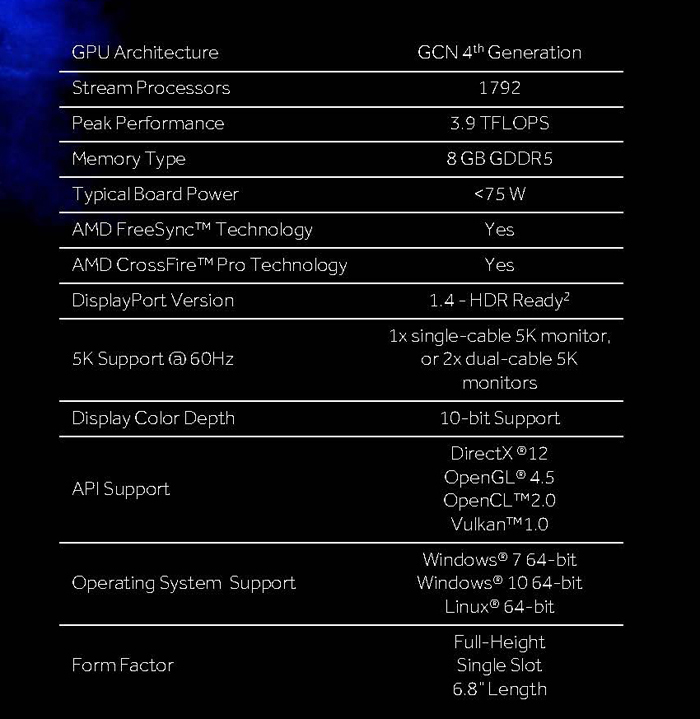 The AMD Radeon Pro WX4100 (4GB GDDR5 memory) will be AMD’s key GPU for 3D CAD and will retail for $399. Available in a low profile form factor, it will be compatible with standard tower and Small Form Factor (SFF) workstations.

AMD claims that it delivers up to 97 per cent more performance than the Nvidia Quadro K1200 in Solidworks 2015 (when using RealView and Shadows and Ambient Occlusion). The Nvidia Quadro K1200 is currently Nvidia’s highest performing professional GPU for Small Form Factor Workstations, such as the HP Z240 SFF. 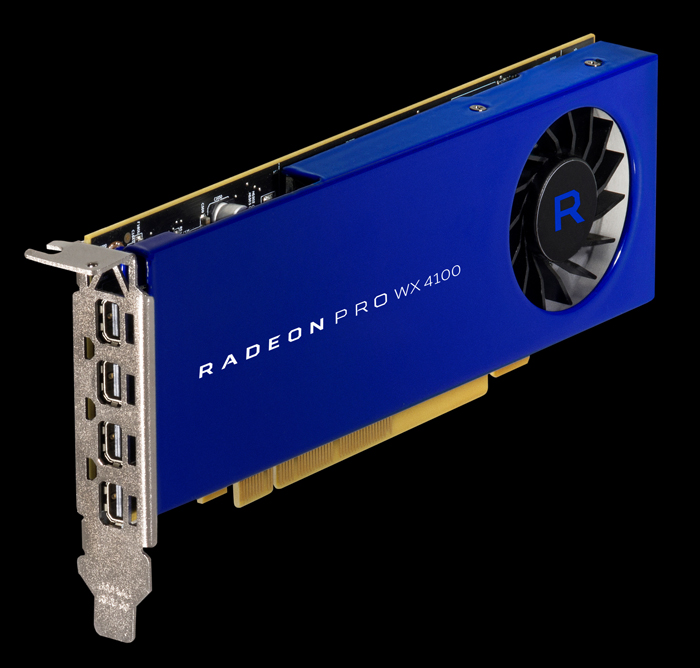 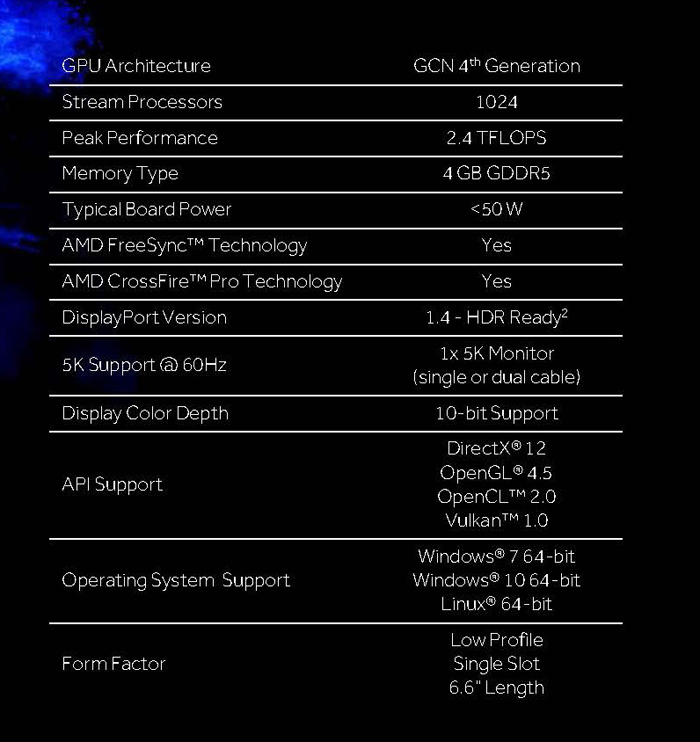