The entry-level HP Z240 is available in two form factors

HP has unveiled its first Intel ‘Skylake’ workstation, the Z240, which is available in both tower and Small Form Factor (SFF) models.

HP is not able to share details of the yet to be released Intel Xeon E3-1200 v5 Skylake processors that will feature inside. However, it did say the CPUs would have much better integrated graphics performance than the ‘Haswell’ Xeon CPUs found in the HP Z230, which the HP Z240 replaces. The HP Z240 will also support Intel ‘Skylake’ Core i7-6700, Core i5-6600 and Core i5-6500 CPUs.

Skylake also brings support for faster DDR4 memory, which was previously reserved for higher-end workstations. It also means capacity is an impressive 64GB – double that of the Z230.

For the first time in an HP Z Workstation, HP is also offering its HP Z Turbo Drive G2 direct on the motherboard, thanks to a dedicated NVMe M.2 slot. Previously the M.2 HP Z Turbo Drive was mounted on a half height, half length PCIe add in card. Both the HP Z240 Tower and SFF can now support both types at the same time. The drive is available in 256GB or 512GB capacities.

With the HP Z240 SFF also offering up to 2 x 3.5-inch and 1 x 2.5-inch SATA SSD and HDD drives (and the HP Z240 Tower even more) there have never been so many storage options in an entry-level HP workstation. 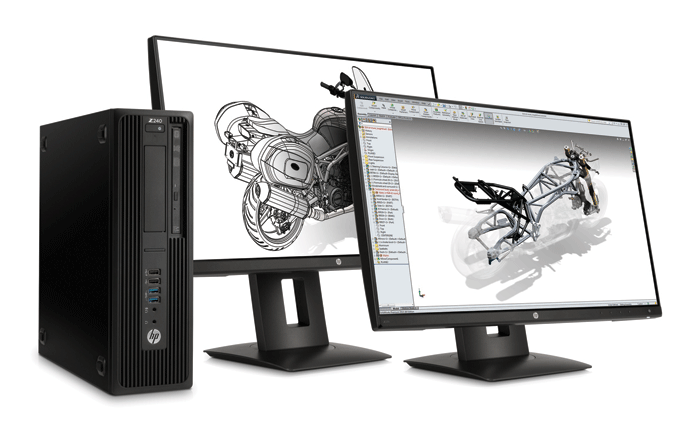 Interior of the HP Z240 SFF 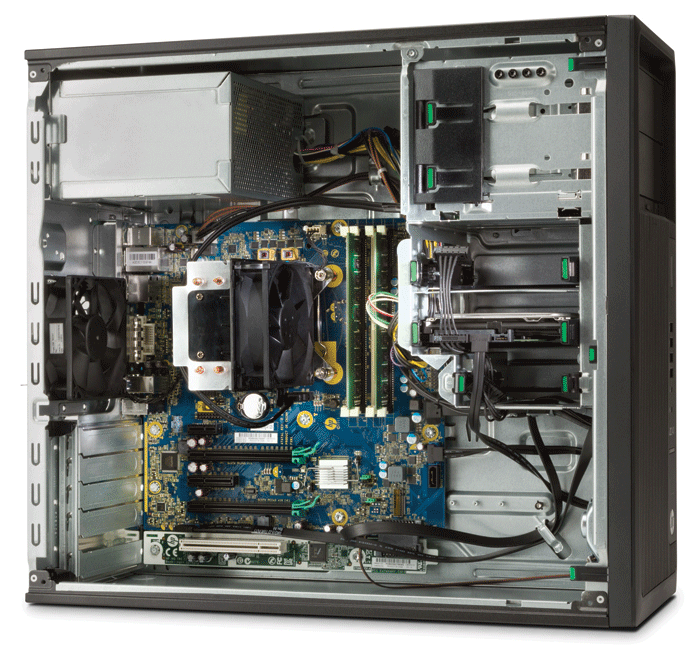 Interior of the HP Z240 Tower

HP has also borrowed some design features from its higher-end HP Z Workstations. These include integrated front and back handles on the Z240 Tower and a USB 3.0 charging port on front of both machines that works in standby or when switched off. There are more USB 3.0 on the rear of the machines (two on the Tower and six on the SFF). Thunderbolt 2.0 is supported via an optional PCIe add in board.

HP has also worked on improving serviceability. For the HP Z240 Tower it has shrunk down the motherboard to make it easier to service and upgrade components.

For the Z240 SFF it has re-engineered the hard drive cage and developed a custom air duct around the processor to help improve airflow and acoustics.

Acoustics has been further improved in both machines thanks to an ambient temperature sensor on the motherboard, which helps optimise fan speeds, including the one on the power supply. 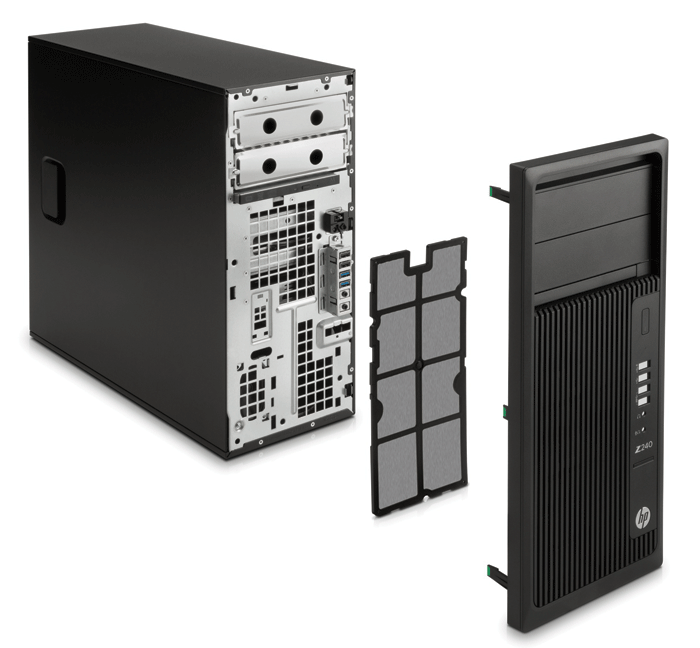 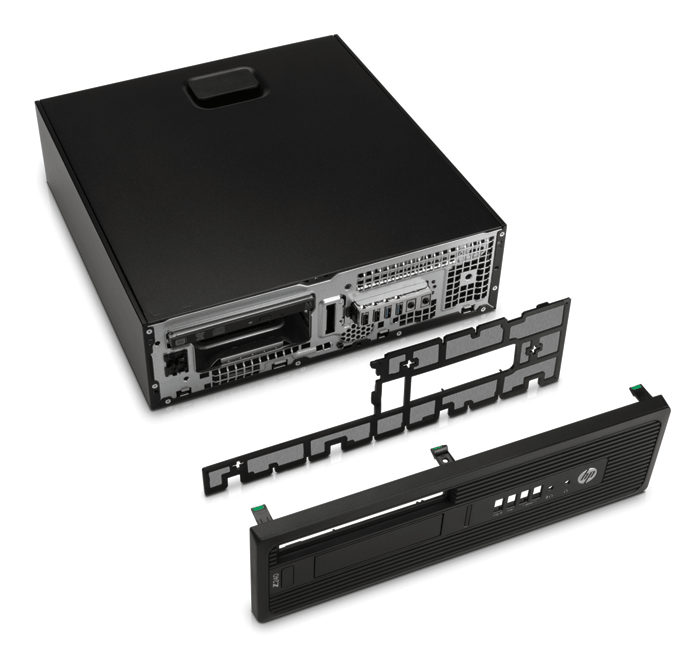 Another way to cut down on fan noise is to keep them running at optimal efficiency. To this end it has included a new dust filter to stop dust entering the machine. This can be a particular problem in certain environments – from under desks to dusty manufacturing floors, says HP.

HP says the filter is easily changeable and washable and can be replaced as needed. It reckons some of its customers were having to clean the interiors of their workstations once a year so this should cut down on that fiddly procedure.

The HP Z Workstation will be available in November 2015, with prices starting at $879.