Lenovo has launched a unique 2-in-1 laptop for product designers and architects that combines a pressure sensitive pen tablet with an entry-level 3D CAD mobile workstation in a single device.

The ThinkPad P40 Yoga will allow designers to start work in a digital sketching conceptual design tool like SketchBook Pro, Made with Mischief or SolidWorks Industrial Designer then move into detailed design in 3D CAD without having to change devices.

The tablet part of the multimode mobile workstation is said to offer the ‘sensitivity and accuracy of a premium sketching experience’.

It is powered by Wacom’s Active ES technology – the very same technology found in Wacom’s Intuos and Cintiq products – and offers a full, 2,048 levels of pressure sensitivity.

The ThinkPad P40 Yoga comes with a ThinkPad Pen Pro that can be docked inside the machine for storage and charging. Lenovo says a 30 second charge will give 8-hours of use thanks to a built-in super-capacitor.

The slimline pen comes with a durable POM plastic tip, but there are also two optional felt tips for those who prefer a more natural sketching experience. A chunkier pen is also available, powered by a single AAAA battery.

Thanks to a versatile 360-degree hinge, the ThinkPad P40 Yoga can be used in standard laptop mode, tablet mode as well as ‘stand’ and ‘tent’.

In tablet mode Lenovo’s Lift ‘n Lock keyboard automatically raises the frame around the keys. This not only stops unwanted keystrokes when sketching, but is said to make the machine more comfortable to hold. Windows 10 users will also benefit from the machine automatically activating the operating system’s tablet mode. 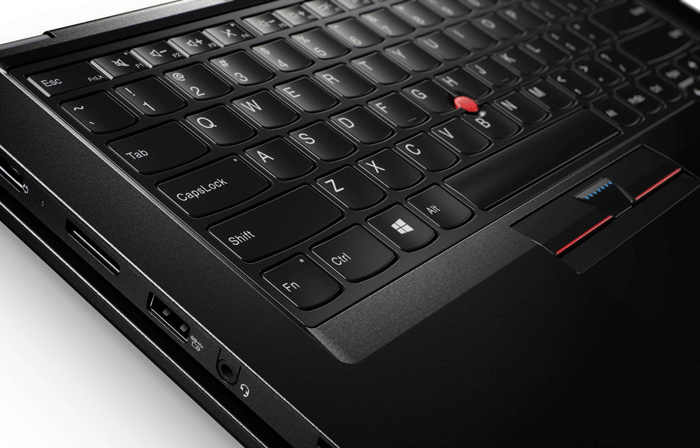 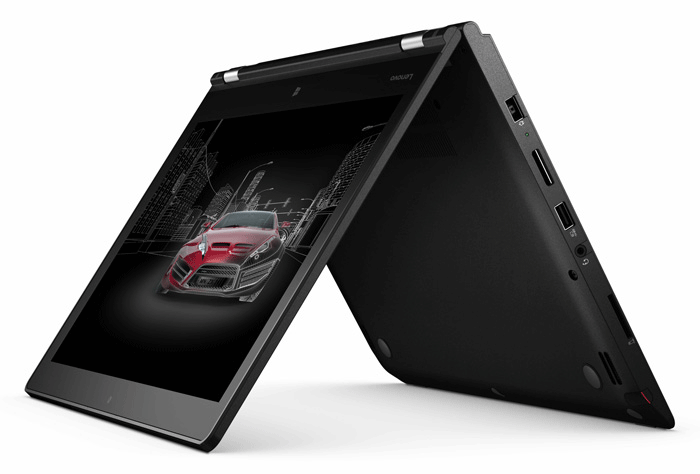 For 3D CAD work, the Lenovo ThinkPad P40 Yoga has the specifications of an entry-level mobile workstation.

Powered by an Nvidia Quadro M500M GPU (2GB), it is certified to run a full range of professional 3D CAD applications.

The SSD is a 2.5-inch form factor SATA drive and not the new generation M.2 NVMe PCIe SSDs, which are a hallmark of other ‘Skylake’ mobile workstations. 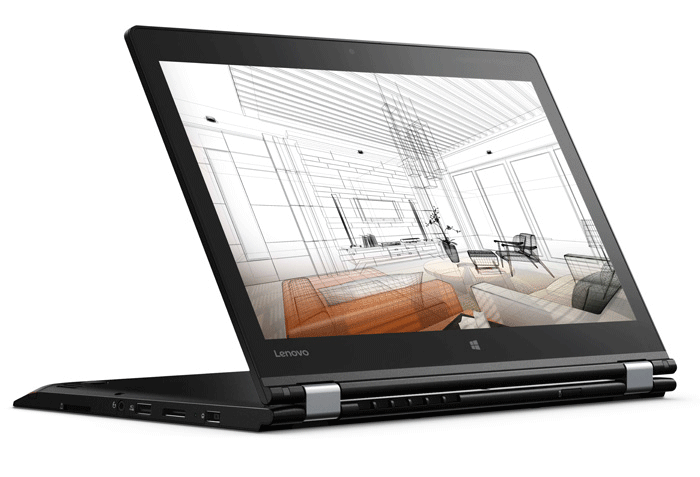 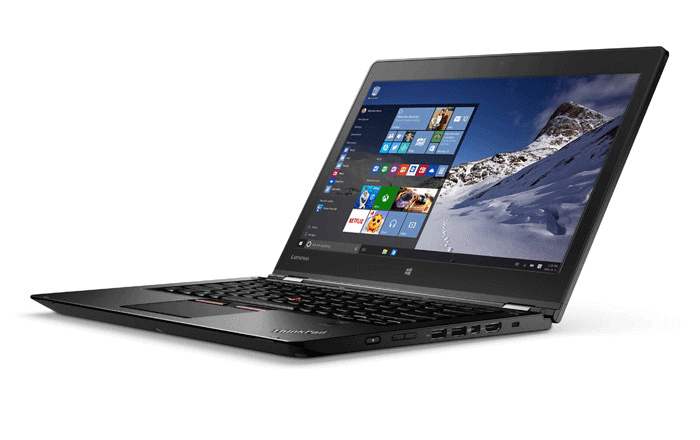 The ThinkPad P50s is essentially an updated version of the ThinkPad W550s which we reviewed earlier this year.

The mobile workstation stands out for it impressive battery life thanks to two batteries. Dubbed, Lenovo Power Bridge technology, one of the batteries is built in while the other is removable and can even be swapped for a fresh one when the machine is powered on.

Other features include a 15.6-inch display (up to 3K IPS) with a touchscreen option, up to 1TB storage via a single 2.5-inch drive, three USB 3.0 ports (one always-on charging), HDMI, mini-DisplayPort and SDXC. 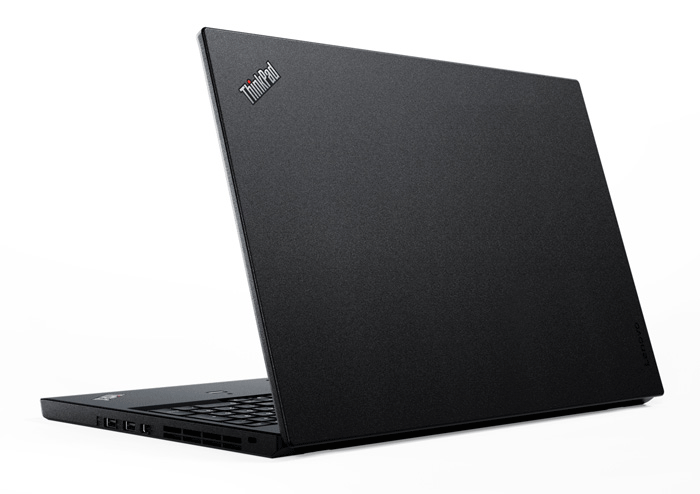 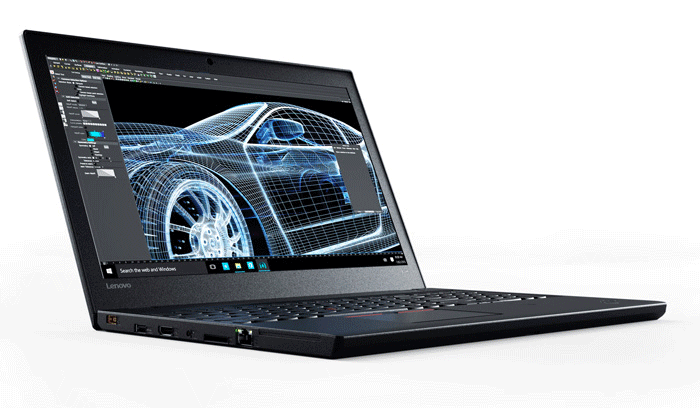 In addition to Intel ‘Skylake’ Xeon E3-1200v5 processors and new Nvidia Quadro GPUs, with 64GB of memory the machine has double the capacity of the ThinkStation P300.

It also features high-performance Samsung M.2 NVMe SSDs via a PCIe add-in board. For additional storage the Mini Tower can support up to four 3.5-inch or 2.5-inch drives, while the small form factor version can host two 3.5-inch drives and one 2.5-inch drive. 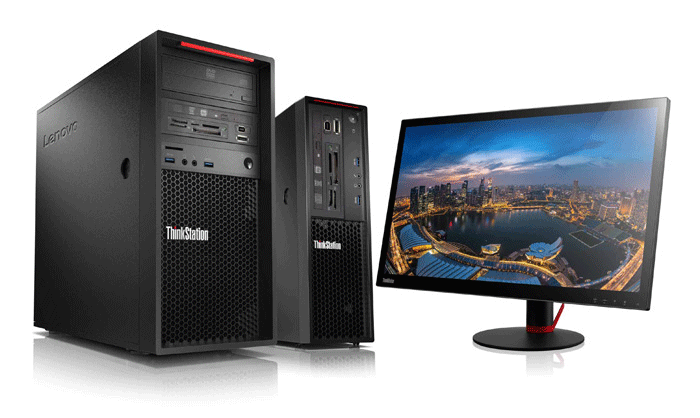 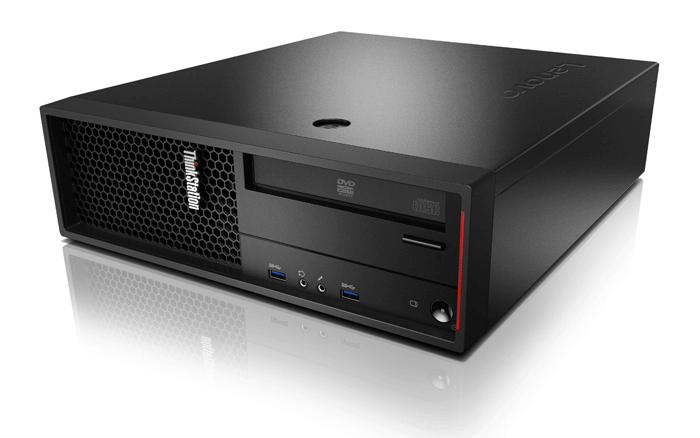