The new Mass Placement feature is designed to make it easy to put traffic on a road, create a forest, or place a crowd of people

Lumion 5 is the latest release of the architectural visualisation software that, according to its developer, is used by 37 of the World’s Top 100 architect firms. Users can import models from a wide range of CAD / BIM tools, add materials, furniture, lighting, plants, trees, grass, water, sky, water, animals, people and vehicles, then structure the landscape, set the time of day and produce photorealistic renders and animations.

Headine features of the new release include a faster rendering engine, which is said to render twice as fast as Lumion 4 for the same quality output, a new materials Interface, which uses ‘PureGlass technology to simplify and streamline the process of selecting and optimising materials, and better lighting thanks to a new in-house developed technology called Hyperlight which incorporates the indirect effects of reflected light. 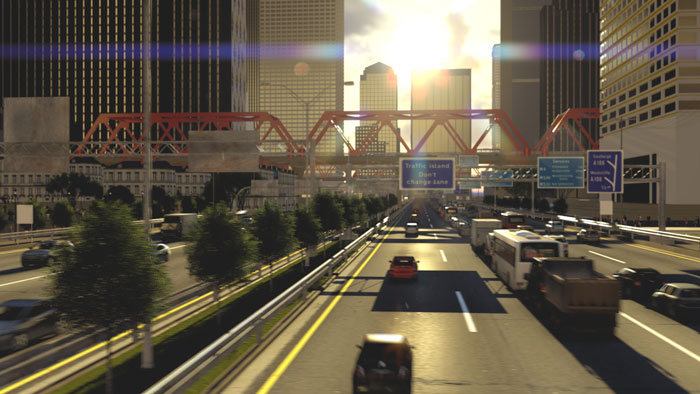 The new Mass Move feature is designed allow users to efficiently animate large numbers of objects en masse, such as traffic moving along a wide road at different speeds.

Lumion 5 comes with three new material categories: plastic, stone and leather, and all materials in the library are now Physically Based Rendered (PBR); a technique which is said to accurately calculate light interactions with surfaces, resulting in more realistic looking materials. There are 123 New Materials available in Lumion 5, making 648 materials now available in total.

Multiple objects can be quickly and easily placed with Mass Placement, making it easy to put traffic on a road, create a forest, or place a crowd of people.

Mass Move enables users to efficiently animate large numbers of objects en masse. According to Lumion, this makes it very easy to create multi-lane traffic moving along a wide road at different speeds, or to have a crowd of people walking along a street.

Up to 10 Movie Strips can now be made for each project and Lumion 5 has extended the capacity to 100 active still images. 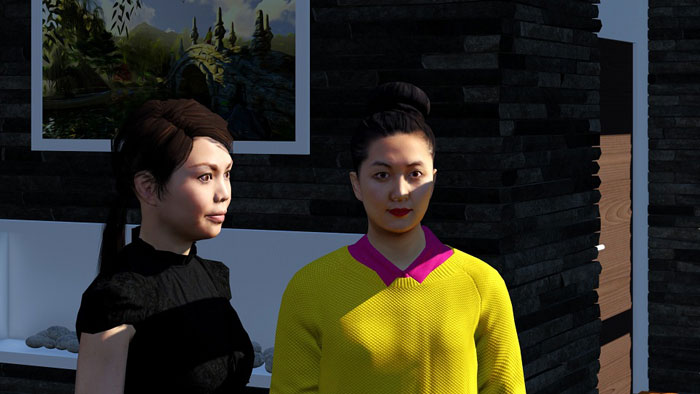 In addition to Hyperlight, which is said to create more accurate and attractive lighting making it especially useful for indoor scenes, new Volumetric Sunlight creates subtle rays of misty light with a view to enriching a scene by adding warmth and atmosphere to it.

There is also new content, with Lumion 5 coming with 190 new trees, plants & flowers as well as 73 new, high-quality animated characters (people) from around the world. Rendering skin has also been made significantly better, say the developers, making people look ‘uncannily realistic’.

New artistic effects include Pastel Sketch, Oil Painting or Blueprint and reflective planes can now be easily added to water for more realism.

To learn more about the software, check out these two videos that explain the software and new features in more detail

Welcome to Lumion from Lumion on Vimeo.

Lumion 5.0 Preview from Lumion on Vimeo.