In 2018, Arthur Mamou-Mani won a commission to build his design for Galaxia, an intricate timber spiral intended to represent a progression from the human scale to the universe.

When the London-based architect and his team set out to finalize the project for construction, they took into account standard concerns such as safety, buildability, and cost. But the structure’s intended use added a novel twist: as the main temple at the annual Burning Man festival, Galaxia would be set aflame only seven days after it was erected.

Determined to avoid unnecessary waste when the project was burned, Mamou-Mani’s eponymous practice worked with engineering firm Format to minimize the amount of wood required while ensuring that it would still be structurally sound. To achieve this goal, they turned to a computational process known as generative design.

Generative design follows the logic of biological evolution. Designers feed the computer information about a project’s requirements and establish goals known as fitness criteria (as in “survival of the fittest”).

The software develops a number of design options that satisfy the basic requirements, then uses a tool called a genetic algorithm to test them against the fitness criteria. The options that score highest on this test are then combined to produce a new generation of designs, and the cycle repeats until the top-performing options are identified.

For Galaxia, the designers translated their desire to minimize the timber required into terms a computer could easily understand: material weight. The generative design process allowed them to identify a design alternative that significantly reduced the amount of material burned. “The whole temple was like 60 tonnes [metric tons] of wood for 3,000 square meters, which is really almost nothing,” Mamou-Mani said.

Mamou-Mani graduated from the Architectural Association in 2008, giving him a firsthand view of the evolution of digital design over the past few decades. The period was initially characterized by a burst of aesthetic exuberance, with architects like Frank Gehry and Zaha Hadid earning international acclaim for using innovative software to create bold new geometries.

“[In the] very early days, people get excited, and then they generate new forms. Before you get to know what it’s useful for, you just get excited by the potential: the creation of a new language, right?” Mamou-Mani said. “I remember the early days of parametric design, or even computer design—people were just excited to do a free-form, crazy, beautiful thing.”

Over the years, designers and builders have developed a wide range of applications for digital tools, touching on every aspect of the design and building process. EvolveLAB, a Boulder, Colorado-based technology consulting firm, uses generative design and other computational processes to help AEC firms address a variety of challenges.

For architects at tvsdesign, it created a tool to provide options for arranging one-, two-, and three-bedroom apartments within a building’s footprints by taking into account various design parameters (e.g., adjacencies, floor area ratios, and rentable square feet).

For another project, EvolveLAB helped developer Mortenson Construction optimize the layout of a solar farm to maximize power generation and minimize costs.

According to Bill Allen, the firm’s CEO, one of generative design’s most significant benefits is that it allows designers and builders to use their time more efficiently. “I can’t make more time in my day; I have the exact same 24 hours that you do, that Warren Buffett does, that Bill Gates, everyone in the world has,” he said. But with generative design, a computer could conceivably create thousands of different options in a fraction of the time it would take an architect to create a single design option using standard tools and processes.

More doesn’t always necessarily mean better, of course; to ensure that generative processes create high-quality options to select from, designers need to carefully think through inputs and base them on relevant data. But the potential is clear, Allen said. “There’s a time multiplier and a velocity that happens with generative design that you don’t get with traditional passive design principles.”

Humans at the wheel

Genetic algorithms are a form of artificial intelligence (AI), which has the potential to alter radically how the built environment is designed, constructed, and managed. But in some ways, this transformative potential also holds the technology back. When the subject comes up, people tend to start “immediately thinking about the movies they watched, and the computer taking over jobs,” Mamou-Mani said. “When you speak about robotics or AI, the imagination straightaway goes to the worst-case scenario and Terminator II.”

But such fears are unlikely to be realized anytime soon, he believes. While AI can be a powerful tool in the right circumstances, it still can’t begin to compare with human brainpower. “It still needs a framework. You need to give it a certain direction—like any tools, right?” he said. “You know the car can turn on and drive as soon as you push the pedal, but we’re still defining the concept of driving.”

Before you get to know what it’s useful for, you just get excited by the potential: the creation of a new language, right?

Tom Wilcock, the digital leader for Arup’s North and South America practice, said that the AI currently employed in the AEC industry bears little relation to the kind that makes for thrilling science fiction. “A lot of the most far-looking conversation around AI, not specific to the built environment, tends toward conversations about artificial general intelligence, which is effectively the sentient machine,” Wilcock said. “That’s quite a long way from the relatively narrow artificial intelligence that is currently deployed anywhere, really, and specifically in the built environment.”

Some of the most exciting applications of AI in today’s design and construction field use a subset of the technology known as machine learning (ML), Wilcock said. In ML, computers essentially teach themselves based on exposure to novel stimuli. This process typically occurs by means of a neural network—a data processing system inspired by the human brain—that analyzes information in order to recognize patterns. Many of the ML tools used in the AEC industry build upon open-source approaches originally developed by digital technology firms to enable activities like identifying friends in snapshots.

Arup has been working with ML for much of the last decade. In the past few years, the firm’s AI initiatives have increasingly moved from the research phase into practice.

For one recent effort, the firm worked with the UK Environment Agency on a project dealing with natural flood management. “We used existing satellite data, an Arup-trained neural network, and other ML techniques to classify land permeability, land use, and drainage behavior, which were then used to develop new strategies for water management and catchment management,” Wilcock said.

By providing a greatly enhanced understanding of how the natural water catchment actually worked, the AI analysis enabled the team to reduce the need for physical manmade interventions by suggesting solutions that would enhance natural features already present rather than relying on traditional civil engineering methods, which tend to be more disruptive.

“This is an example of something where the ability of machine learning to process and derive insight from large volumes of data can help open up different solution types that just wouldn’t be possible with a [standard] physics-based [engineering] approach,” he said.

The engineering approach, which is based on calculation and codes, could be turned on its head…

Wilcock believes that AI has important implications not just for enabling new kinds of engineering practice, but also for improving existing models. ML creates opportunities to understand how the codes that govern engineering today, which are based on empirical testing of discrete elements, relate to the way that larger systems actually function in practice.

ML could also allow for new ways of understanding how systems will behave in the real world without relying on the current standard of physics-based computer simulation, which is computationally expensive, he said.

“The engineering approach, which is based on calculation and codes, could be turned on its head by the ability to have both real data collected about the way systems actually behave, but then also machine intelligence that is able to use that data to make predictions about how new systems will behave that are good enough predictions that when you build them, they actually behave like that,” Wilcock said. “That could completely change the way in which we design.” 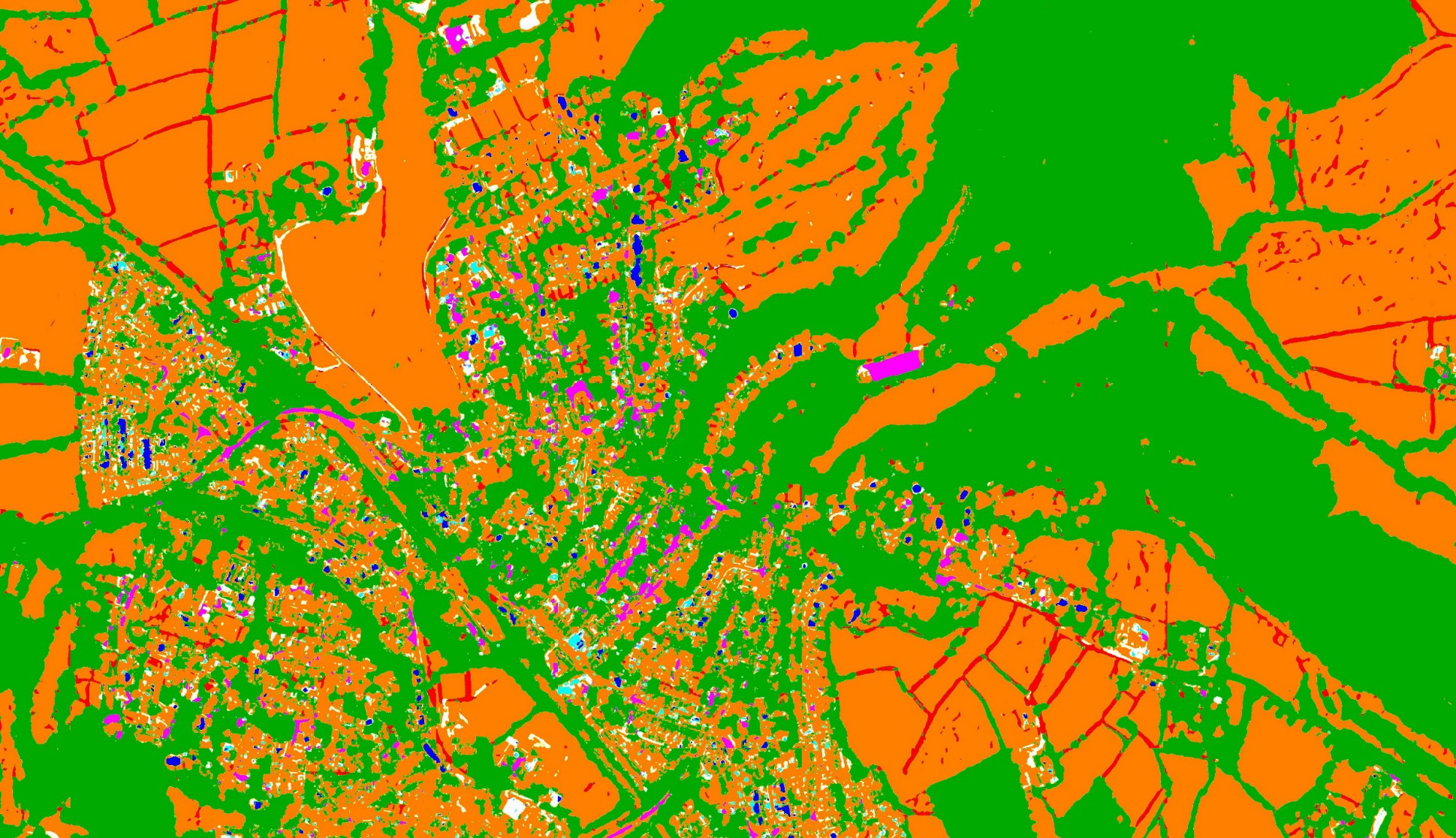 From fringe to mainstream

While companies like Mamou-Mani and Arup are investing heavily in digital design, many of their peers remain unsure exactly what technologies like generative design or ML are, or how they can benefit their practices. A 2018 McKinsey article characterized the engineering and construction fields as “severely underdigitalized,” noting that the use of AI in construction is still in its infancy.

According to EvolveLAB’s Bill Allen, only a small percentage of AEC professionals use generative design today—perhaps 2%, he estimates. “It’s really a select group of designers that tend to gravitate toward working with these technologies.”

This is changing. In a 2019 survey of large US AEC firms, Building Design+Construction magazine found that while less than a tenth of respondents were employing AI on a significant number of projects, 46% were considering using it. Sixty-four percent of firms reported hiring staff members from outside the AEC field within the previous year in order to further their innovation initiatives; almost 10% of these new hires were specialists in AI / ML.

It’s really a select group of designers that tend to gravitate toward working with these technologies.

Bill Allen believes that generative design, in particular, is at a watershed moment, similar to BIM’s position within the industry a little over a decade ago. In the past, there has been a perception that designers needed to be specialists in order to take advantage of these tools. But as tech companies begin to release better, more user-friendly software packages, more AEC professionals are giving them a serious look, he said. “Within even just the last two years, we’ve seen a bunch of new products come to market that help architects execute generative design processes on their projects.”

Advances in hardware also play an important role. Computers that haven’t been designed specifically for AI applications can make adoption of these technologies slow and painful. Within the past few years, machines that can handle generative design, ML, and other forms of AI have become much more accessible. Companies like NVIDIA have developed graphics processing units (GPUs) that accelerate workflows, cutting hours—and sometimes even days—off the time required to complete tasks. Meanwhile, workstation designers have ramped up their investments in research and development in order to meet ever-higher demands for memory, networking, and power. Today, AEC professionals can easily source powerful off-the-shelf machines that allow them to realize the benefits of AI without sacrificing reliability, durability, or display quality.

Getting started with AI

Despite these advances, for designers not already working with AI, the learning curve can still seem prohibitively steep. According to Arthur Mamou-Mani, this perception of advanced technologies as difficult and mysterious keeps building professionals from maximizing their impact in an ever-more-digitized and interconnected world.

Having taught coding to architecture students at London’s University of Westminster for almost a decade, Mamou-Mani said that getting started with AI is much less intimidating than it seems. Online communities regularly share libraries and plugins that anyone can use for their own projects. As a result, designers can start exploring ideas once they gain even rudimentary
programming knowledge.

“It’s like any other tool,” he said. “We talked about driving a car. We just have to learn how to use it, but you don’t have to make the car.”

Z equips creators with the powerful tools they need to fuel their creative evolution.

Check out more at hp.com/aec.

©2021 HP Development Company, L.P. The information herein is subject to change without notice. The only warranties for HP products and services are set forth in the express warranty statements accompanying such products and services. Nothing herein should be construed as constituting an additional warranty. HP shall not be liable for technical or editorial errors contained herein.