As design visualisation becomes an increasingly important part of the overall design process we expect to see some impressive things at Imagina 2009, where some of the most creative firms will be exhibiting.

Design visualisations are more than just pretty pictures created to appease customers or lure lodgers and funding to a project. A lucrative industry of its own, it is a strategy that works on a number of levels, and one that architectural practices are keen to develop. Imagina 2009, at the Grimaldi Forum, Monaco, from 4 ± 6 February 2009, is set to be one of the biggest events for the 3D community. The showÝs general manager Laurent Puons has noted the value of a skilled 3D visualisation as part of a project, and how a transition into 3D design is increasing the level of detail and amount of uses a firm can expect to gain.

Opening session: a true 3D model is a general tool that can be used by everyone.

ýToday, 3D has become a strategic tool in aiding decision making in all design-based professions,¯ explains Mr Puons. ýIt allows information that would otherwise be impossible to represent to be displayed, helping in the analysis, expert assessment, study and promotional stages of a project. Publishers have always been particularly ahead of their time ± more than ten years ago, they had already proposed innovative 3D technology. Markets are not, however, always adapted to such technological revolutions in the same way.¯

Yet as design has shifted towards a future in 3D the process is becoming easier. ýThe price and complicated nature of putting 3D design systems in place was certainly limiting in the early 1980s, but these became far more accessible from 2000, with the development of such key products as Google SketchUp and ArtÝlantis,¯ says Mr Puons. ýTools were adapted and simplified, helping them to be more widely used. In the course of their evolution, it was less the products themselves and more the way in which they were viewed that delayed the development of 3D. The arrival of new generations of architects trained in 3D as part of their education helps in the growth of the 3D sector.¯ 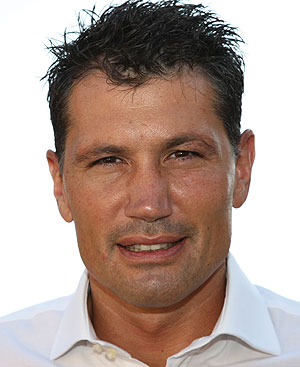 He admits that consumers in the past have been slow to take up new technology, but as the move into 3D races ahead, the consumer is demanding more. ýToday, the situation has changed. Consumer demand determines the market, with clients becoming experts in a given field, able to tell software companies their requirements. As a result, the most successful companies are those that listen to what their clients have to say, and respond to the demands of the market,¯ he says, adding that Imagina frequently explores the issue of Building Information Management, which ýremains a key area for publishers¯.

Mr Puons says: ýEvery year, all the major companies that take part in Imagina present significant innovations and improvements that reflect the vitality of the 3D industry. Autodesk, Graphisoft, Bentley, Dassault Syst?mes and Bionatics all contribute in their own way and in their respective fields to the growth and development of the 3D sector.¯ Mr Puons is adamant that a true 3D model, ýa general tool that can be used by everyone¯, has uses beyond being a pretty picture for a future plan.

ýFeatures such as interactivity and the simulation of specific lighting or physical phenomena can only be developed by using 3D. In architecture, there can be no accurate simulation without 3D, and the accuracy of a model is integral to its credibility. The same is true of landscape planning, where only geo-referenced models allow users to develop accurate and realistic demonstrations.¯

Mr Puons adds that 3D visualisation is ýa lingua franca that everyone can understand¯, eliminating the need for elaborate speeches and complicated drawings.

As an example, he cites the commonplace situation of encountering opposition to a new build. ýProtests against problematic or unpopular projects are becoming increasingly significant and easier to organise. TodayÝs citizens can contest decisions and ensure that their voices are heard in a number of ways. Almost every planning or promotional team has had projects stopped because of ill-prepared and/or poorly presented public consultations. Regardless of the nature or scale of a project, it is vitally important that designers explain their methods of analysis and proposed solutions in order to integrate their work with the surrounding environment. 3D has proven to be the strategic tool to succeed in doing this.

Opening session: Imagina has been servicing the 3D sector for over three years.

ýVisualisation tools are now so highly developed that they can respond to increasingly ambitious demands from architects and urban planners,¯ enthuses Mr Puons, before saying that Imagina this year will include conferences that highlight the important use of the technology around the world. ýVisualisation has assumed a key place in any project, from its earliest phases through to final decisions,¯ he says. ýBecause of the development of these tools, we are now able to visualise projects that we were previously unable to imagine.

ýFor over three years, Imagina has shown that 3D solutions are no longer the exclusive preserve of the media and entertainment sector,¯ adds Mr Puons, concluding that this yearÝs event is to be the most rewarding for the architectural sector yet. ýOver the course of three days, software publishers present their latest design solutions in our exhibition hall and offer those who are present the opportunity of familiarising themselves with these new technologies in workshops and masterclasses.¯

AEC Magazine will be providing coverage from this yearÝs show, bringing you the latest news and releases.