With a brand new mobile workstation, HP breaks the mould of its enterprise-focused ZBooks offering a uniquely styled machine that is big on performance.

Not content with producing one ultra portable 15-inch mobile workstation, HP surprised everyone this April with the launch of a second. The fact that the HP OMEN Pro was not a member of HP’s established ZBook family also got everyone talking.

HP has spent years building up its Z Workstation brand, which spans both desktops and laptops, so to launch a CAD-certified mobile workstation under a different name at first seemed odd.

We were lucky enough to get our hands on a pre-production unit (the final shipping machine may be slightly different) and having seen the OMEN Pro in the flesh it all makes perfect sense now. 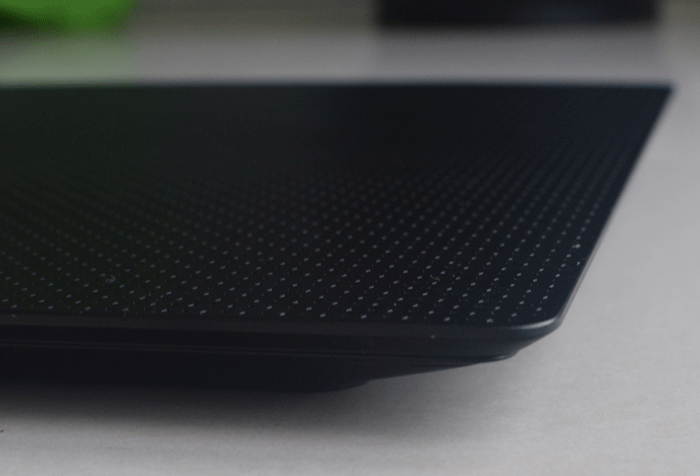 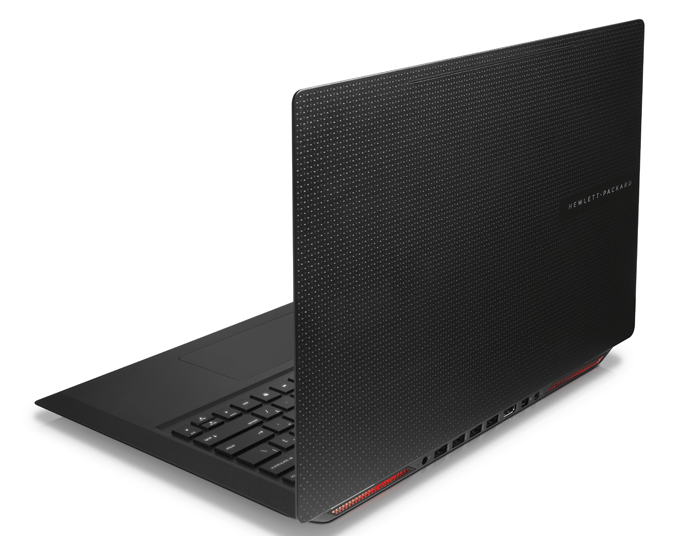 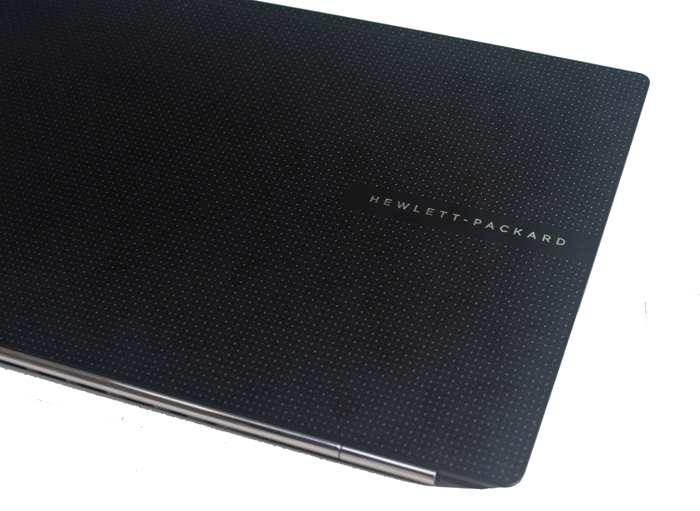 Like the Dell Precision M3800 and MSI WS60 the HP OMEN Pro is based on a gaming laptop of the same name. As a result it was originally designed to tick two boxes. To be high performance (both CPU and GPU) and to be slim and styled for gamers.

This means it lacks many of the features that have become synonymous with ZBooks over the years: enterprise features, such as docking port and fingerprint reader, plus serviceability that has become the hallmark of all HP Z Workstations, both desktop and mobile. It is also less customisable, coming in a few base configurations.

With this in mind it would actually be a bit disingenuous for HP to call the OMEN Pro a ZBook.

The OMEN Pro also gives HP another string to its bow in this growing Ultra Portable market. The ZBook 15u prioritises battery life over performance with a Dual Core Ultra Low Voltage CPU and entry-level GPU, whereas the OMEN Pro is all about performance, with a Quad Core processor and higher spec GPU. In this respect it is very similar to the Dell Precision M3800.

In terms of spec, storage is the big differentiator with the HP OMEN Pro having fast PCIe-based storage in the form of a 512GB HP Z Turbo Drive while the Dell has an mSATA SSD and, crucially, space for a 2.5-inch drive (SSD or HDD), which can be very useful if you want to store a lot of CAD data.

While the HP Z Turbo excels in sequential read/write tasks — i.e. copying large files or in workflows where exceedingly large files are the norm (e.g. video editing, point cloud processing and simulation) — mainstream CAD users probably will not notice much benefit. (See our PCIe vs SATA SSD article for more on this — tinyurl.com/PCIe-SATA-SSD-AEC).

Beyond the core specifications, similarities to the Precision M3800 end. While Dell’s machine is a dead ringer for MacBook Pro, the HP OMEN Pro is like no other laptop we have seen before.

Its striking angular chassis falls away at the front and sides with a sharply bevelled edge, giving the appearance of a much more slender machine. That is not to say it needs any visual trickery. The beautiful chassis, CNC milled from solid aluminium and anodised with a black textured finish, is only 15.5mm at the front and 19.9mm at the rear. It looks exceptionally smart but is prone to fingerprints.

Its gaming pedigree becomes apparent as soon as you switch it on as you are greeted by glowing red lights. Colour emanates from everywhere — speakers, power button, keys and the exhaust grills at the rear of the machine.

While gamers reportedly love this kind of thing, architects may not be so enamoured. The good news is, the lights are fully customisable and can be toned down to a calmer shade, including white, or switched off altogether. HP has said that lights will be switched off by default when the final machine ships this month.

The keyboard is excellent: firm, responsive and a pleasure to use. While there is no numeric keypad (none of the gaming-evolved mobile workstations have them) there are six programmable keys that sit to the left of the main keys.

While these were designed with games in mind they could be put to good use as CAD shortcuts. Each key (P1 to P6) can be used on their own or in conjunction with four modifier keys (shift, FN, CTRL, ALT) giving up to 30 different combinations. Customisations can be saved to profiles.

The multi-touch touchpad is excellent. It feels very similar to the MacBook Pro’s, but is presented in a much wider landscape format. The touch screen panel is also very useful for navigation, though not recommended for accurate CAD work. Of course, with Windows 7 64-bit pre-installed on the HP OMEN Pro as standard you will not get as much out of the touch screen as you would with Windows 8.1 Pro 64 (which is supported but cannot be pre-installed).

The panel itself is glossy so reflections and fingerprints show up more but the colours are extremely vivid and bright.

By having such a sharply bevelled chassis, which falls away at the front and sides, all of the I/O ports are found at the rear. At first this looks like a neat solution for keeping unsightly cables out of the way, but it can be a real pain to plug monitors, mice and external storage. Rather than leaning slightly to the side to see exactly where the ports were, we found we had to turn the machine round a full 180 degrees.

At the rear you will find four USB 3.0 ports (all charging), mini DisplayPort and HDMi. With such a slimline chassis, there is no Ethernet port but a USB to Ethernet adapter comes in the box.

Performance is excellent. Having a full 0.2GHz over the M3800 (0.4GHz in Turbo) it has a clear lead in our multi-threaded, CPU intensive 3ds Max benchmark and is only a whisker behind the MSI WS60.

With the same Quadro K1100M GPU as the M3800 the performance increase is far less pronounced in our Creo and SolidWorks graphics tests.

Fans kicked in significantly under load, making a fair bit of noise. They also ran slowly in the background when idle but this was less noticeable than with the MSI WS60.

We actually experienced a few issues in our SolidWorks test with PhotoView 360 crashing regularly. It should be emphasised again that this was a pre-production unit and software issues like these are likely to be ironed out with the shipping machine and during CAD certification. Performance could also change slightly. 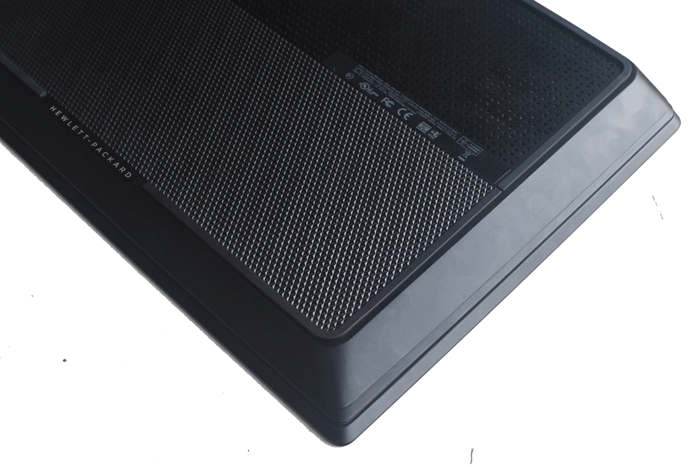 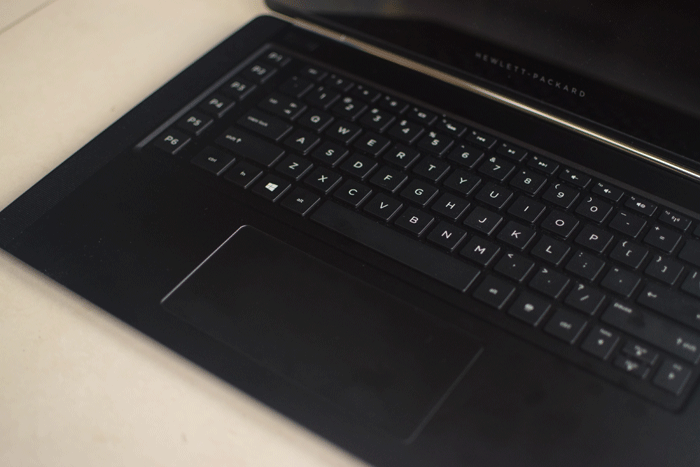 There are some compromises, of course. Battery life is not great and some may find the storage too limiting and rear ports annoying but, apart from these minor gripes, the OMEN looks to be a very impressive machine for mobile CAD/BIM and entry-level design visualisation.