Scan, like many other custom workstation manufacturers, is very quick to react to new technologies. Its latest Scan 3XS Ultimate 2D Plus workstation, for example, not only features the ‘Kaby Lake’ Intel Core i7-7700K CPU (announced in January 2017), but also the Nvidia Quadro P4000 GPU (announced in February 2017). If you’re looking for a CAD workstation that is ‘VR Ready’, the combination looks hard to beat.

Considering the 3D performance of the Quadro P4000, ‘Ultimate 2D Plus’ is a bit of a misnomer. Nvidia’s new single slot 8GB professional GPU not only has enough power for demanding 3D design viz workflows but is also ‘VR Ready’.

It absolutely flew in our architecturally- focused game engine benchmarks, and in Autodesk VRED Professional, it produced a comfortable 34 Frames Per Second (FPS) with our automotive test model. This dropped to 15 FPS when Anti-Aliasing (AA) was set to ultra-high, so if pixel-perfect image quality is important, particularly at 4K resolutions, then you may be better served with a Quadro P5000 or Quadro P6000.

To test for VR, we used the HTC Vive Business Edition VR headset and a variety of professional applications. It handled everything we threw at it in the architecturally-focused Autodesk LIVE 1.6, Iris VR Prospect 1.1 and Enscape 1.82.

In Autodesk VRED Professional, where there is an emphasis on visual quality, the results were more mixed. In many cases, as soon as AA was enabled, the display started to flicker, which made it unusable. Those using VR for product styling will likely be more interested in the Quadro P5000 or P6000.

Not surprsingly, for 3D CAD, the Quadro P4000 made light work of everything we threw at it in SolidWorks, Revit and PTC Creo. It has more than enough power to go above and beyond the demands of most CAD users.

The 105W GPU also packs a serious punch for GPU rendering. In SolidWorks Visualise 2017, it was 43% faster than the Quadro M4000 it replaces and not far off the significantly more expensive Quadro P5000. It’s also possible to add a second GPU to the machine, which is often the most cost effective way to cut GPU rendering times. However, depending on what that GPU is, you may need to upgrade the 550W Corsair CXM 80PLUS Bronze power supply unit to a 750W model.

To learn more about the machine’s 3D capabilities read our in-depth review of the Quadro P4000.

To get the most out of Nvidia’s impressive ‘VR Ready’ GPU, it helps to have a suitably fast CPU. The ‘Kaby Lake’ Intel Core i7-7700K is certainly the most powerful quad core model we have ever seen. However, if you are looking for a significant performance leap over 2015’s ‘Skylake’ Intel Core i7-6700K, you’ll be disappointed. Compared to the Scan GW-MT20 we reviewed in August 2015, which had an i7-6700K clocked at 4.4GHz, the new i7-7700K workstation was only around 3% to 4% faster at rendering a variety of test scenes in Luxion KeyShot and Autodesk 3ds Max Design.

In PTC Creo 3.0, the lead was bigger. The CPU composite score in the SPECapc benchmark – which includes model re-tessellation/regeneration and mass properties analysis – showed a 7% lead, although some of this could be attributed to the 256GB Intel 600p NVMe SSD, which is significantly faster than the 240GB PNY CL4111 SATA SSD in Scan’s ‘Skylake’ machine.

Whichever way you look at it, the boost in CPU performance is probably not enough to persuade CAD users to ditch ‘Skylake’ in favour of ‘Kaby Lake’. While Intel continues to add more cores to its high-end Xeon E5-2600 series CPUs, which will cut CPU render times, performance in the volume quad core market has stagnated somewhat.

The workstation itself is trademark Scan. It is extremely quiet even under heavy CPU and GPU loading, thanks in part to the substantial Be Quiet! fan and heatsink that shrouds the CPU. Even when rendering with the GPU and CPU for several hours, fan noise remained minimal.

The Corsair Carbide 330R Titanium chassis, a long-term favourite at Scan, also helps contribute to the good acoustics. The side panels are lined with noise damping material, while large, low-duty fans draw air from the front to the back of the machine, cooling GPU, CPU, memory and on-board NVMe SSD on the way. As with all air-cooled workstations, dust builds up at the front, but the filter clips out effortlessly, making it easy to clean.

Other notables are two front access USB 3.0 ports, which are handy for connecting external storage or the HTC Vive VR headset (there are plenty more USB ports at the rear). 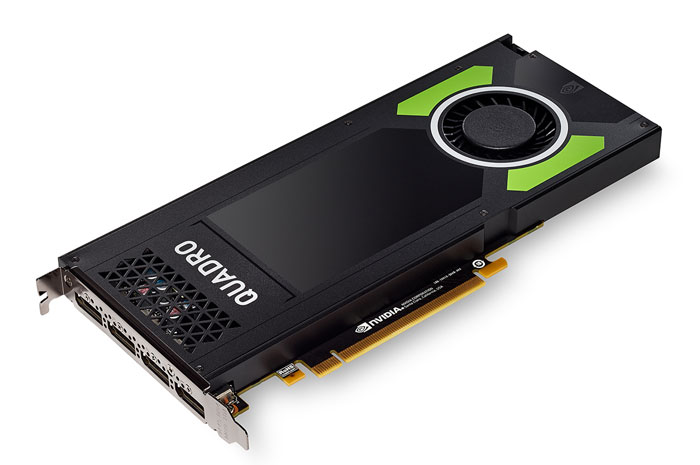 Scan has produced another solid overclocked quad core workstation. It is powerful, quiet and well built, if a little bigger than other single CPU workstations.

While many of the Scan workstations we get in for review focus purely on 3D CAD, this new model ups the ante by being able to deliver the mandatory 90FPS in a wide range of professional VR applications. Don’t be fooled by the name, this is a serious 3D workstation.

The leaps in 3D performance are quite astounding, but the CPU is a leveller. Those looking to take a step up from ‘Skylake’ or ‘Ivy Bridge’ will likely find the moderate advances in CPU performance disappointing. This is an industry-wide issue, although Scan ensures it makes the most of the CPU by taking up the frequency a few notches.

Over the years, Scan has made a name for itself by offering high-performance CAD workstations at a very competitive price. One reason for this is that the Bolton-based firm has always overclocked its Intel Core i7 and Intel Core i5 CPUs for no additional cost. In contrast, some specialist workstation manufacturers charge a fee for overclocking. And Tier One workstation manufacturers — Dell, HP, Lenovo and Fujitsu — don’t even offer this service. In years gone, overclocking meant a significant performance increase, in both single- threaded applications (CAD) and multi-threaded applications (rendering). 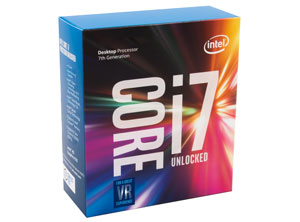 The Scan 3XS GW-MT15 we reviewed in September 2012, for example, featured an Intel Core i7 3770K CPU (3.5GHz, Turbo to 3.90GHz) with all four cores permanently clocked at 4.4GHz. This meant up to a 26% performance increase in multi-threaded applications (which should run at the standard clock speed) and a 13% performance increase in single-threaded applications (which should be able to run in Turbo all the time). Fast forward to 2017 and the potential gains from overclocking have diminished significantly. The brand new ‘Kaby Lake’ Intel Core i7 7700K, the centrepiece of the Scan 3XS Ultimate 2D Plus, has a base frequency of 4.2GHz and a Turbo of 4.5GHz. With Scan only able to reliably overlock this ‘Kaby Lake’ chip to 4.6GHz, it means up to a 10% increase in multi-threaded apps but only a potential 2% increase in single-threaded applications.