Modelling using the experimental hand tracking for the Oculus Quest

Arkio continues to add more features to its collaborative VR and AR tool, prior to its official launch, with the new beta 0.8.5 release including support for Autodesk BIM 360 and experimental hand tracking for the Oculus Quest.

With hand tracking, users can do ‘all modelling operations’ using only their hands – create new shapes, pick them up, stretch them, throw them away and much more. Tools can be accessed easier using a quick menu gesture, and it’s also possible to teleport or take a picture of your work with a simple gesture.

With the new Autodesk BIM 360 integration users can import Revit models directly from the cloud, as well as export Arkio models to BIM 360 and Revit from inside Arkio.

Other new features include the ability to place, scale, pan and rotate a model in the Arkio iOS and Android app when in AR mode. And it’s also possible to section imported Revit, 3D or BIM 360 models using the improved section tool, which now works on the mobile and desktop versions of Arkio. 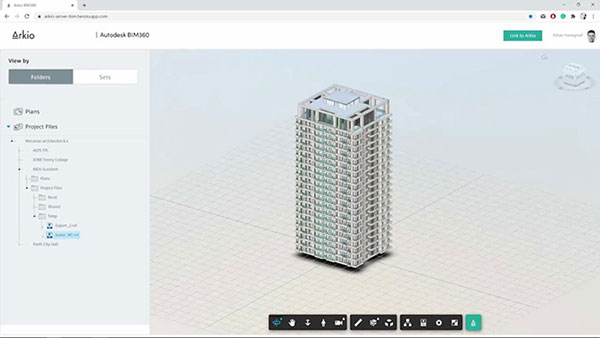