Threadripper Pro 3000 WX gave AMD a long-lost seat at the table of the major workstation manufacturers.

It marked the launch of the Lenovo ThinkStation P620, the first AMD-based workstation from the big four of Dell, HP, Lenovo and Fujitsu in almost 15 years.

18 months on and AMD has now launched its next generation, the Threadripper Pro 5000 WX-Series.

The Threadripper Pro 5000 WX-Series offers the same number of cores as its predecessor (12 to 64) but takes advantage of Zen 3’s higher Instructions Per Clock (IPC), as well as higher frequencies. This gives the workstation CPU a performance uplift in both single threaded workflows, such as CAD, and multi-threaded workflows, such as rendering, simulation and reality modelling. 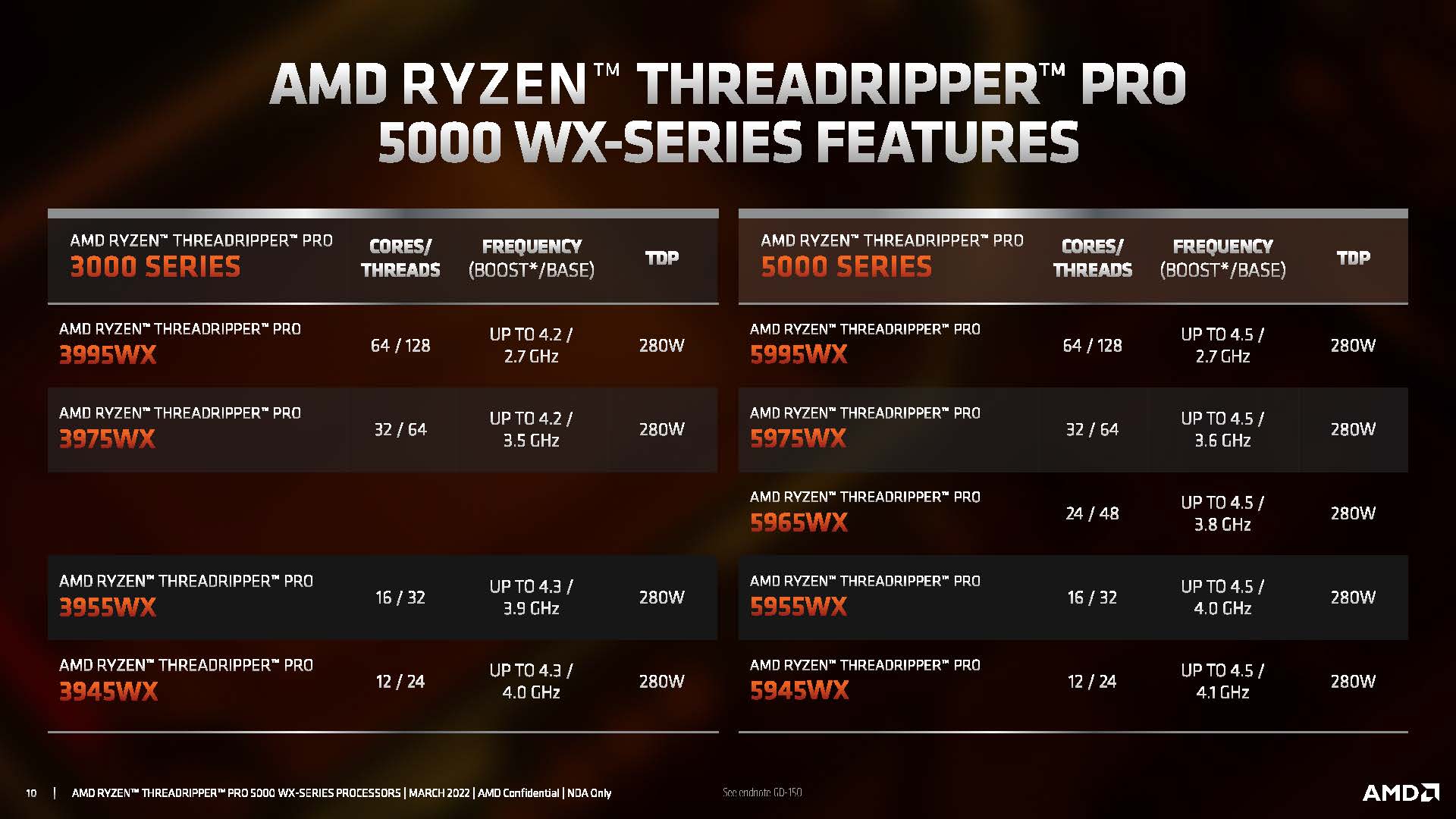 As with first generation Threadripper Pro, the new processor is available initially in the Lenovo ThinkStation P620 workstation. However, AMD has stated that other partners will be introducing workstations using AMD Ryzen Threadripper Pro 5000 processors later this year. We wonder if this will include Dell or HP, who continue to rely solely on Intel CPUs for their workstations.

For the launch of the new processors, AMD pointed out that Threadripper Pro is not just about hardware. The team also works closely with software development partners to help deliver ‘continuous performance enhancements.’ 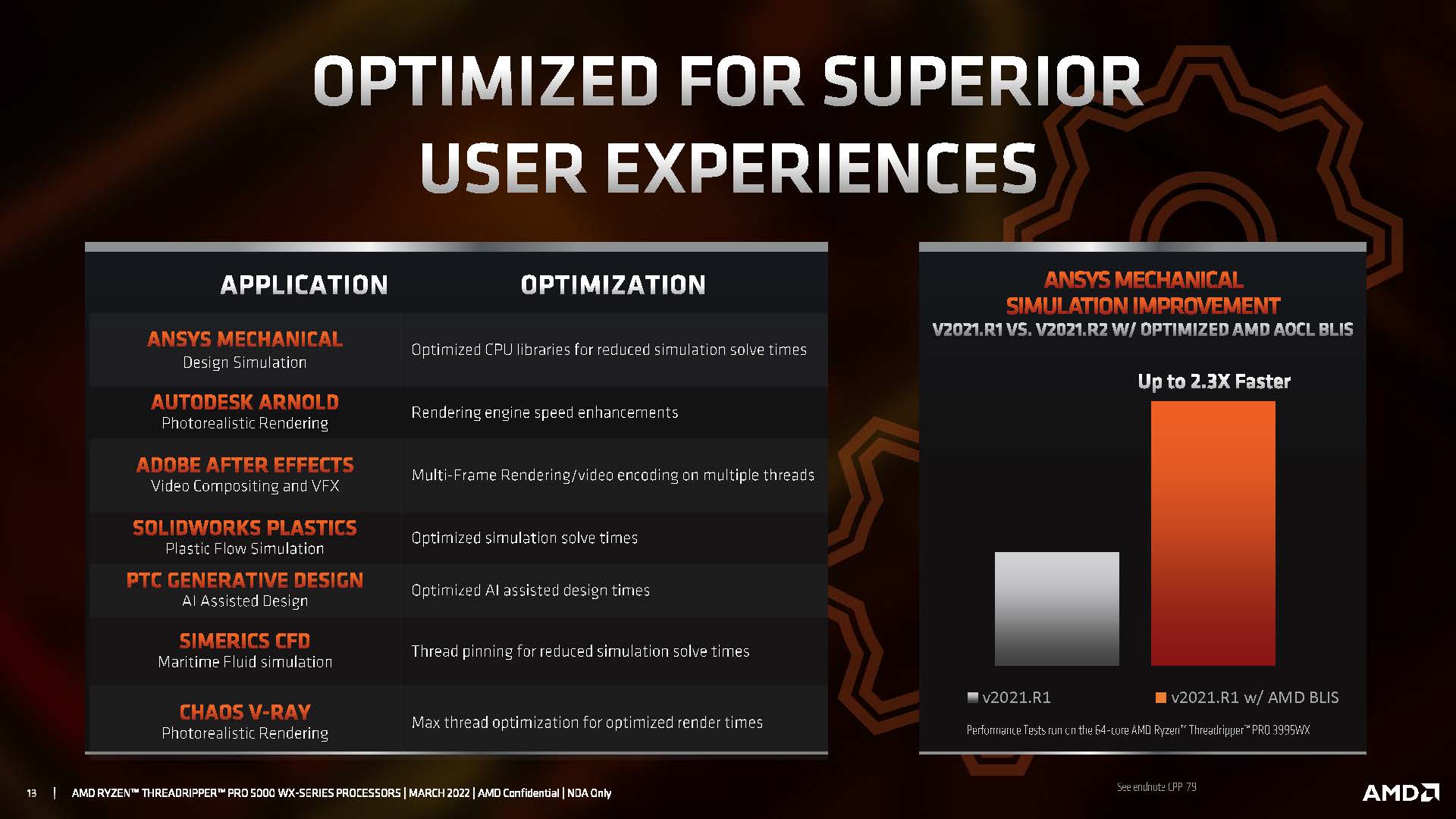 Threadripper’s biggest competitor is currently the Intel W-3300 series of processors, which feature between 12 and 38 cores. Based on Intel’s ‘Ice Lake’ scalable platform, these single socket processors launched back in July 2021, but have not been taken up by any of the major workstation manufacturers. According to AMD, this is because it does not deliver the enterprise class features of the Threadripper Pro 5000 WX-Series.

In fact, some of the ‘mid-range’ workstations on sale at the moment, such as the Dell Precision 5820 and HP Z4 G4, feature ‘Cascade Lake’ Intel processors which date back to 2019. It is only entry-level workstations, such as the Dell Precision 3660 Tower and HP Z2 Tower G9 that feature modern Intel CPUs, but these are “Alder Lake” Intel Core and are limited to 8 cores.

With its ThinkStation P620, this currently puts Lenovo at a huge advantage when coveting customers whose workflows will benefit from a significant number of cores.

However, with the possibility of Dell or HP introducing AMD Ryzen Threadripper Pro 5000 workstations later this year, and with the expected launch of Intel’s new “Sapphire Rapid” CPU, it remains to be seen how long this lasts.