As with the HP Z2 Mini G9, which HP announced earlier this month, the focus for this new launch is on cramming ever more powerful graphics into smaller chassis. This is particularly relevant to those working in space-constrained environments, such as home offices.

The HP Z2 SFF G9 is the first small factor workstation from a major vendor to support a full height, full length graphics card, up to and including the Nvidia RTX A4000 (16 GB). This makes it suitable for a wide range of graphics-intensive workflows such as real-time visualisation, GPU rendering and Virtual Reality (VR).

Small form factor workstations are typically 50% smaller than equivalent towers. As a result, they are usually limited to low-profile graphics cards, which are best suited to less demanding workflows such as 3D CAD and BIM.

While HP has yet to confirm how the  Z2 SFF G9 is able to accomodate a full size graphics card, we expect this is done with a riser board, so the graphics card itself sits parallel to the workstation’s motherboard.

This approach to small form factor workstation design was first championed by Fujitsu in 2015 with the Fujitsu Celsius J550, albeit with the shorter Nvidia Quadro K2200.

HP also highlighted the sustainability credentials of the new machines, featuring up to 55% of recycled plastic, from products such as soda bottles and laundry detergent containers.

The new HP Z Workstations are expected to be available in March. 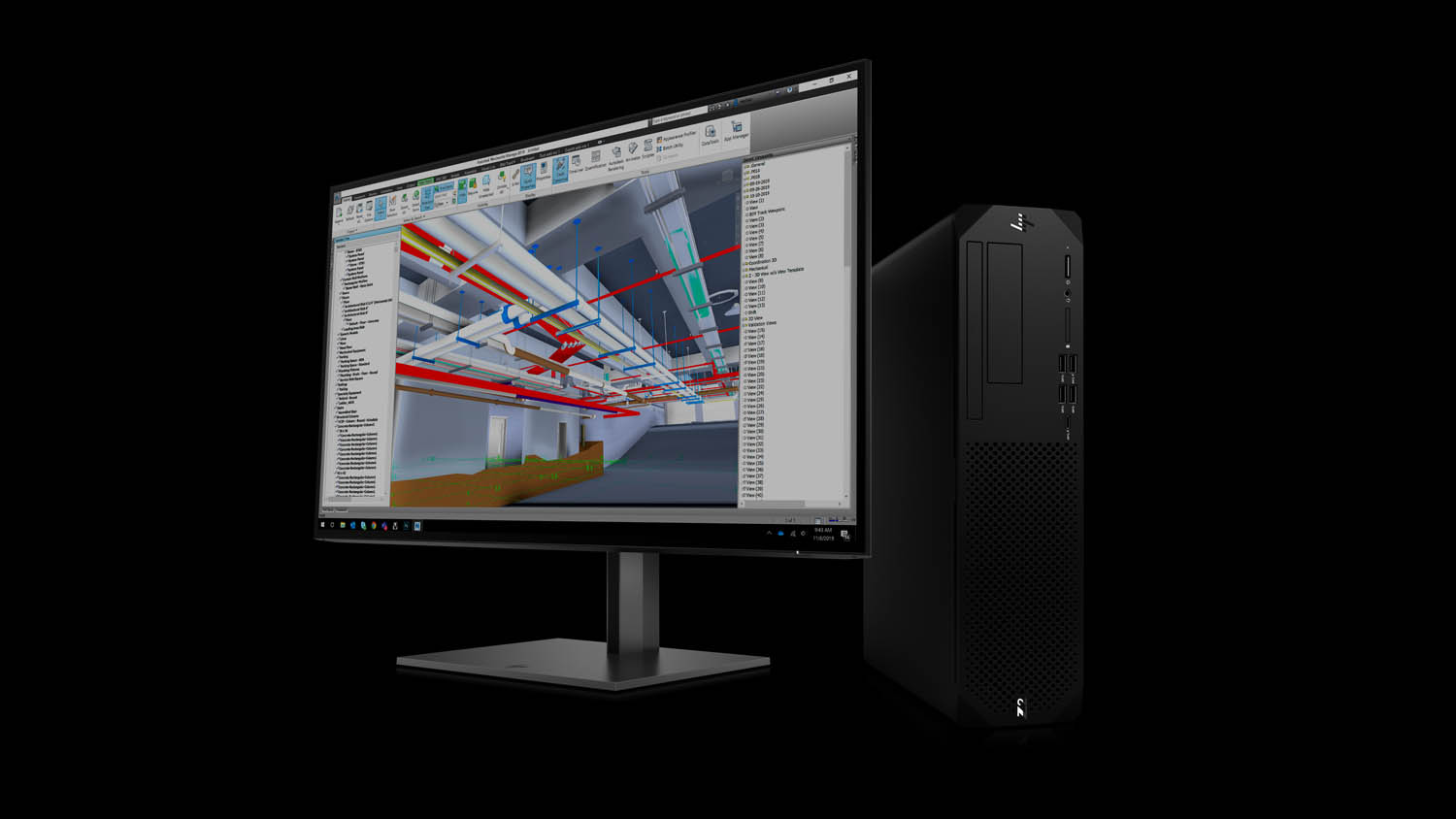