The Radeon Pro W5700 marks a solid, if not standout debut for AMD’s new 7nm ‘Navi’ RDNA architecture. AMD is going relatively hard on pricing for this pro GPU, but will it be enough to turn heads away from the Nvidia Quadro RTX 4000? asks Greg Corke

Over the last 12 months, AMD has been notably quiet in workstation graphics — certainly compared to Nvidia, who delivered its first Quadro RTX GPUs earlier this year, complete with dedicated ray tracing cores and the ambition of ‘real time’ ray tracing.

While Nvidia has been untouchable at the high-end with the hugely powerful Quadro RTX 5000, 6000 and 8000 GPUs, AMD has concentrated more on price / performance with the entry-level, CAD-focused Radeon Pro WX 3200, also available for mobile workstations including the HP ZBook 14u and 15u G6.

But this is about to change. Today AMD has launched the first professional GPU to be based on its new 7nm ‘Navi’ RDNA architecture, which will replace its ageing 14nm Graphics Core Next (GCN) design.

At first glance one might presume the Radeon Pro W5700 is a replacement for the 3D CAD-focused AMD Radeon Pro WX 5100, but it’s actually significantly more powerful. AMD has changed its long-standing naming convention and its professional graphics cards will now be aligned with their consumer equivalents — in this case the AMD Radeon RX 5700 which launched this summer.

In terms of positioning, AMD says the Radeon Pro W5700 is a follow on from the Radeon Pro WX 7100 (8GB) and WX 8200 (8GB), sitting somewhere between the two. But it’s also its most powerful professional workstation GPU ever, outperforming the high-end Radeon Pro WX 9100 (16GB).

Rated at 205W and requiring a 6-pin and an 8-pin connector, the AMD Radeon Pro W5700 is a power-hungry card. But a new power efficient 7nm manufacturing process means it has a superior performance per watt over the GCN-based Radeon Pro WX 8200 (up to 41% higher, according to AMD). Even so, it still plays second fiddle to the 160W single height Nvidia Quadro RTX 4000, against which it is being pitched.

Performance figures shared by AMD show marginal gains of up to 7% compared to the Quadro RTX 4000, when tested in a range of CAD and viz focused applications and benchmarks, including Catia, Maya, Enscape and Unity.

As you’d expect, AMD has hand-picked the ones it’s shared benchmark figures for, but our own tests, done at 4K resolution, all show it to be behind the Quadro RTX 4000 — marginally in some areas and more considerably in others. In some workflows this will make a significant difference to the end user experience. In Autodesk VRED Professional 2020, for example, a powerful application for automotive visualisation, the Radeon Pro W5700 dropped off considerably when anti-aliasing was turned on. And as we’re talking about automotive styling here, smoothing jagged lines is really important.

In Solidworks 2019, on the other hand, the 10-20% difference will likely mean nothing to the end user. In real world testing we managed to get a perfectly acceptable 17 frames per second (FPS) out of a colossal 60 million triangle MaunaKea Spectroscopic Explorer telescope model, the most complex Solidworks assembly we’ve ever seen. Most Solidworks users will get nowhere near this complexity, so frame rates will be well in excess of 20 FPS for a very smooth modelling experience.

For VR, of course, every little bit of performance is critical as it could mean the difference between a silky-smooth experience and a nausea inducing flicker. In Enscape 2.6, the architecture focused viz tool that has VR built in, we found the Radeon Pro W5700 was only 6% slower that the Quadro RTX 4000 when testing with a sizable museum model. AMD’s internal tests with Enscape using a ‘mansion model’ put the W5700 in the lead, 5% faster. It goes to show that datasets can make a difference.

For GPU rendering, the AMD Radeon Pro W5700 doesn’t have any cores that are dedicated to ray tracing (that is rumoured to come in future AMD GPUs) but it’s still a viable option. If you do intend on using your GPU for ray trace rendering, much of this comes down to application support.

As you’d expect, the Radeon Pro W5700 works with applications that support AMD Radeon ProRender, either directly or via a plug-in. This includes Autodesk 3ds Max, PTC Creo, Modo,

Solidworks Visualize, Cinema 4D, Acca Software and others. It’s not compatible with Nvidia Iray or Nvidia RTX found in Luxion KeyShot 9 and (probably next year) V-Ray, Unreal Engine, Enscape and others. Solidworks Visualize 2020 supports both Nvidia’s and AMD’s rendering engines – Nvidia Iray (+ RTX) and AMD Radeon ProRender — but it’s still not possible to compare performance directly because there are visual differences between all render engines. In AMD’s world, however, there has been some progression generation on generation, with the Radeon Pro W5700 completing our test render 11% faster than the Radeon Pro WX 8200.

Performance is essential, but it’s certainly not everything and the Radeon Pro W5700 also has a few tricks up its sleeve. One of the less publicised features is out of the box support for AMD Remote Workstation technology which, as the name suggests, allows users to access their physical workstation remotely, from ‘almost any device’, PC, laptop or tablet. AMD says you get the same workstation experience you’d expect to get in the design office, although this will depend on the quality of your internet connection, both in terms of latency and bandwidth.

This feature should resonate with those that need to work from home on occasion (think flexible working, boiler service or sick child) or finish off a design in the evening. AMD doesn’t charge a license fee for the technology, which works with Microsoft Remote Desktop Connection and Citrix Virtual Apps and Desktops.

The AMD Radeon Pro W5700 also supports ReLive for VR, giving users a professional wireless VR capability when using the HTC Vive Focus Plus, which has six degrees of freedom (6DoF) controllers, like the HTC Vive. AMD has had ReLive for VR working with Unreal Engine and Solidworks eDrawings Professional. You can read more about it on DEVELOP3D.com.

The AMD Radeon Pro W5700 marks a solid, if not standout debut for AMD’s new 7nm ‘Navi’ RDNA architecture, delivering a level of performance that should satisfy most designers, and architects looking beyond CAD and exploring real time viz and VR. At $799 SEP the AMD Radeon Pro W5700 will likely have a lower street price than the Nvidia Quadro RTX 4000 but will it be enough to turn heads away?

Prospective buyers also need to consider how important RTX is to their workflows now, or how important it might be in the future. Nvidia has the backing of some major software developers, both in architecture and manufacturing, and we can only see GPU ray tracing with RTX continue to grow.

In saying that, AMD has Radeon ProRender plus not all designers and engineers need ray trace rendering. Also, AMD has some other tricks up its sleeve, not least AMD Remote workstation. Most designers probably won’t notice a 10% difference in FPS but all will appreciate the flexibility of working from home.

Of course, the Radeon Pro W5700 is only AMD’s first professional RDNA-based GPU. Second generation RDMA is on the roadmap and we expect new Radeon Pro models next year – certainly at the high-end, perhaps even with dedicated ray tracing hardware to rival Nvidia RTX. But AMD also desperately needs to freshen things up in the mid-range, the sweet spot for 3D CAD, where its current models, the AMD Radeon Pro WX 5100 and Radeon Pro WX 7100, are now both three years old. 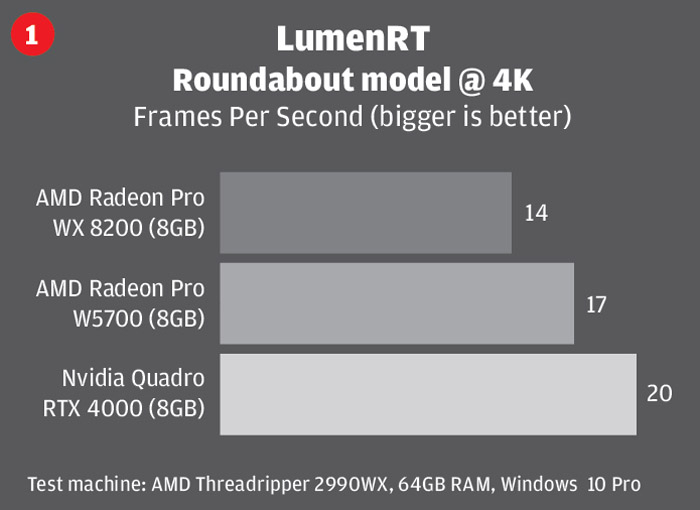 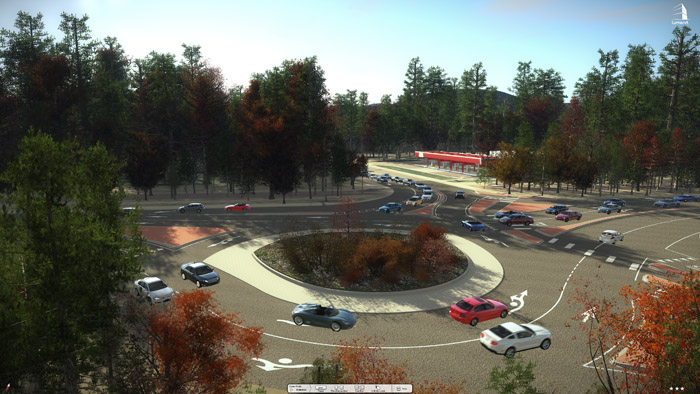 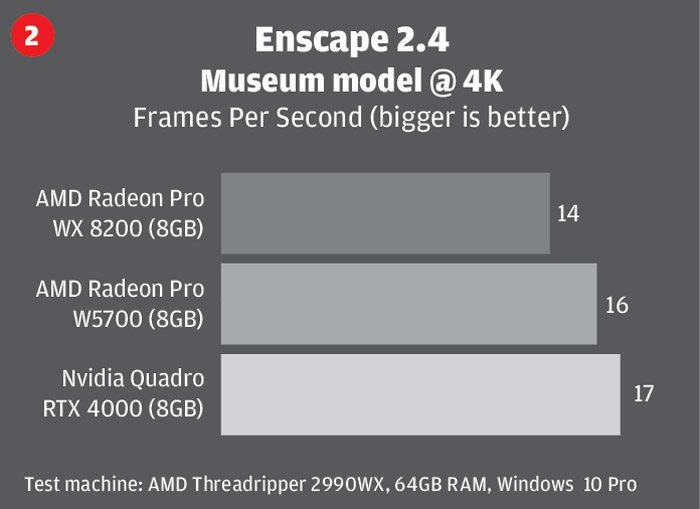 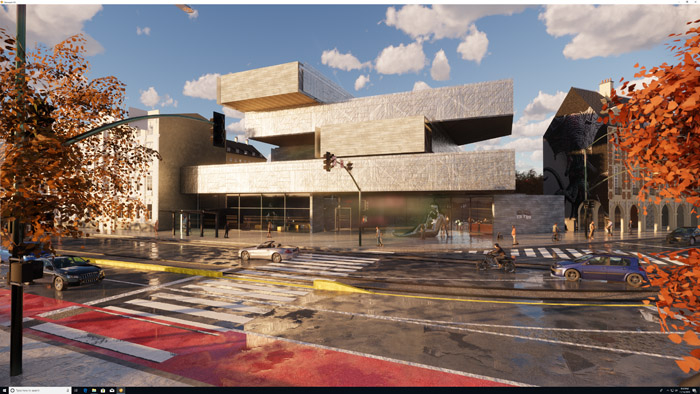 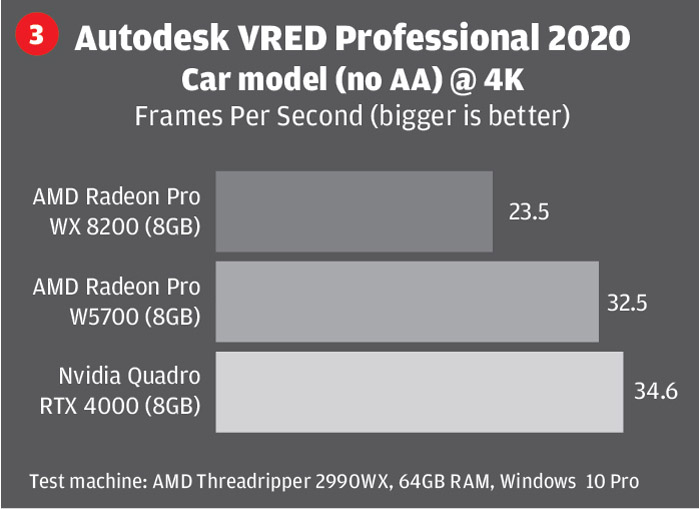 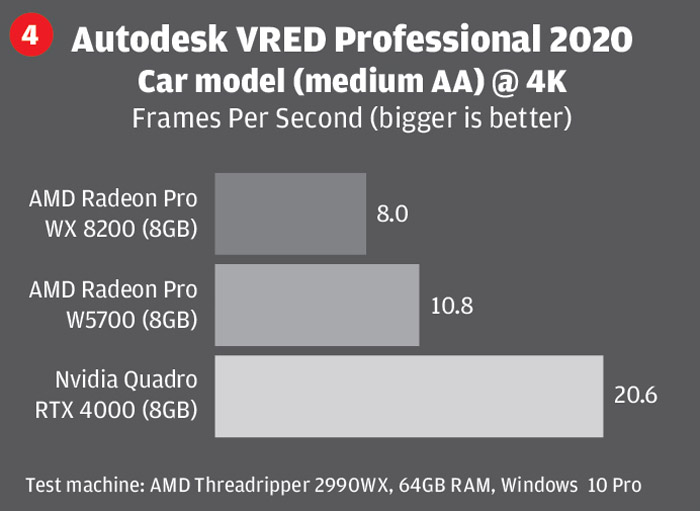 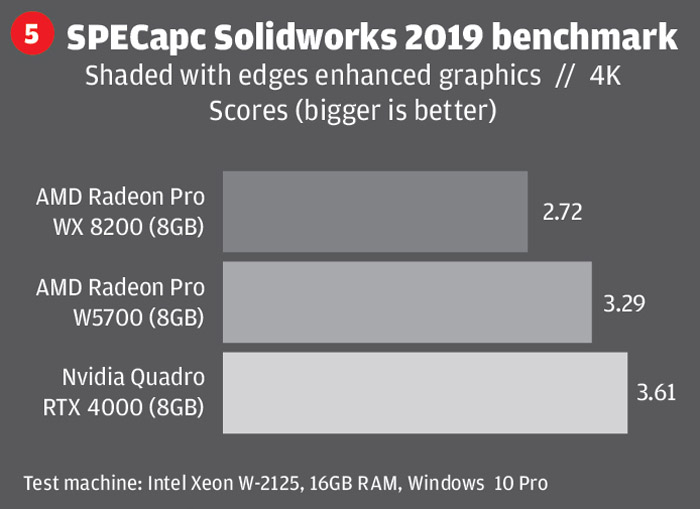 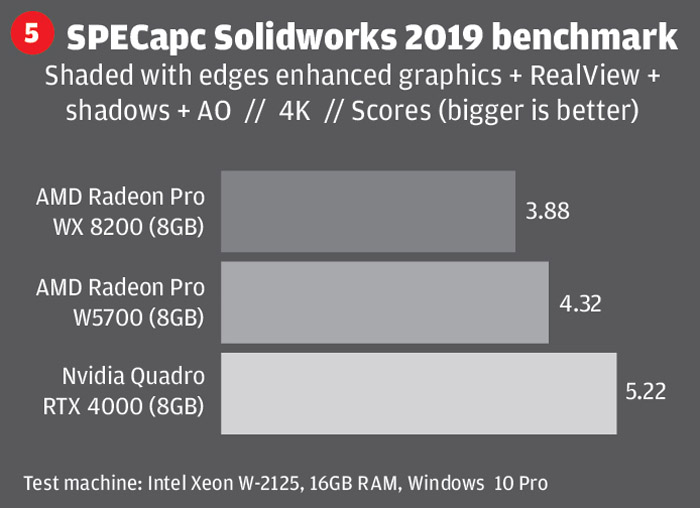 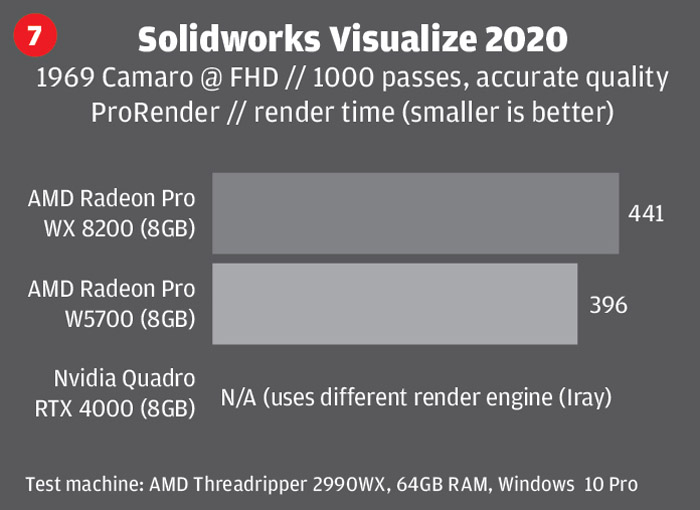 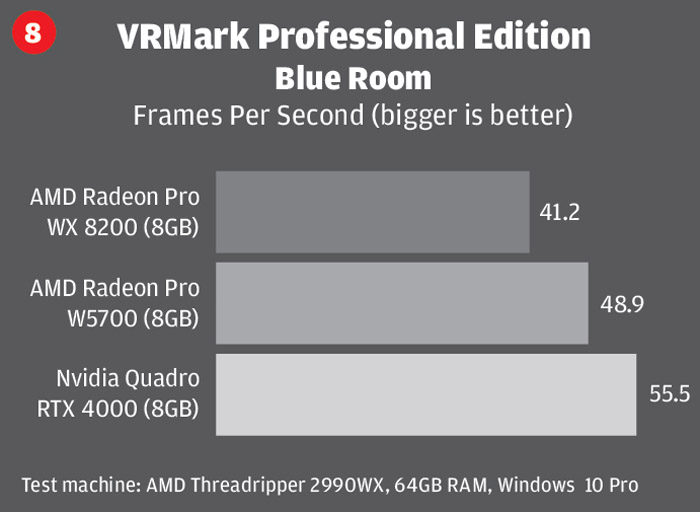 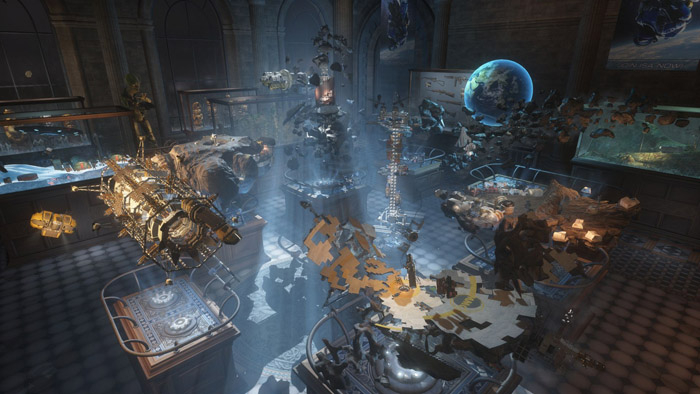