With the arrival of OpenRoads and OpenRail for civils and rail design, and the much-needed simplification of the Bentley Systems product portfolio, an ‘OpenBuildings’ was inevitable. But the new Bentley Systems brand, announced in October, isn’t just about giving AECOsim Building Designer a new name; it’s about transforming the building design tool into an open platform that can be tightly integrated with tools for other disciplines; not just the road / rail design and simulation (structural, geotechnical, energy and pedestrian) applications from the Bentley stable but those from third parties as well.

Bentley is also looking to use OpenBuildings as a platform on which to build niche vertical design tools, focused on specific workflows. AECOsim Building Designer simply isn’t getting a look in on many bread and butter building projects because of the dominance of Autodesk Revit.

“We realised that half of the [awards] submissions at YII [Bentley’s annual Year in Infrastructure conference] use [AECOsim] Building Designer; they don’t use it for vertical buildings, they use it for non-traditional buildings — stadiums, airports, metro stations, water treatment plants,” explains Santanu Das, Bentley’s SVP of design modelling. He adds that firms working on those types of specialist projects don’t want a ‘Swiss Army knife’ type product like Revit or ArchiCAD that they then have to try to customise extensively.

“The deliverables, the integration with specific analyses, the sharing [collaboration], it’s different whether you’re doing an airport or a train station, versus a hospital – even the construction sequencing,” he adds.

AECOsim Building Designer has always been relatively strong in rail and metro station design because of Bentley’s dominance in the civil and rail markets, so it makes sense that the first asset-specific design tool that Bentley has built on top of its new platform is OpenBuildings Station Designer.

Das uses the example of HS2, the highspeed rail link that will connect London to Manchester in the North of England, to explain the need for a bespoke station design tool that works closely with other disciplines. “They have their Mott MacDonalds doing the rail / civil side of it, then they’ve got people doing the train station, the architectural stuff, in Revit or something like that,” he says. “The first thing they come to us and say is, can you fix this interoperability, because when we’re changing the track alignment or changing the tunnel, everything [in the station design] has got to be changed manually.”

OpenBuildings Station Designer includes special templates for creating tunnel segments (by utilising Bentley’s computational design tool GC), which are based on linear alignments from OpenRail. So, if the track changes, the tunnel will automatically change as well, and the station will also align.

As one would expect, the software also includes parametric digital components such as gates, turnstiles, signs, lifts and escalators that are very specific to an asset type like a station.

Das emphasises the importance of being able to link seamlessly to Bentley’s simulation tools, highlighting the company’s ‘unique’ geotechnical engineering capability through the recently acquired Plaxis.

However, simulation isn’t limited to stresses, strains, deformation and stability; it also encompasses human behaviour. Bentley’s newly acquired pedestrian simulation technology, Legion, which uses machine learning to predict how people will move through a building, will sit on top of OpenBuildings Station Designer. The software can be used for emergency evacuation, circulation and operational efficiency, such as working out how to get passengers off trains faster, down into the metro or into the retail stores.

“We can actually identify where the congestion is happening at any time, and therefore, as an owner, as a designer, do something about it,” explains Das. “Maybe move my lift over 15 feet, maybe put an extra turnstile in there, maybe switch the barrier around at 5 O’clock so there are more people going in one direction than going in another direction.”

Pedestrian simulation is not just applicable to station design and will almost certainly play an important role in other vertical OpenBuildings design tools, which Bentley has said it intends to launch in the future. Stadium and airport design seem the most likely candidates although there is a risk of becoming too niche. 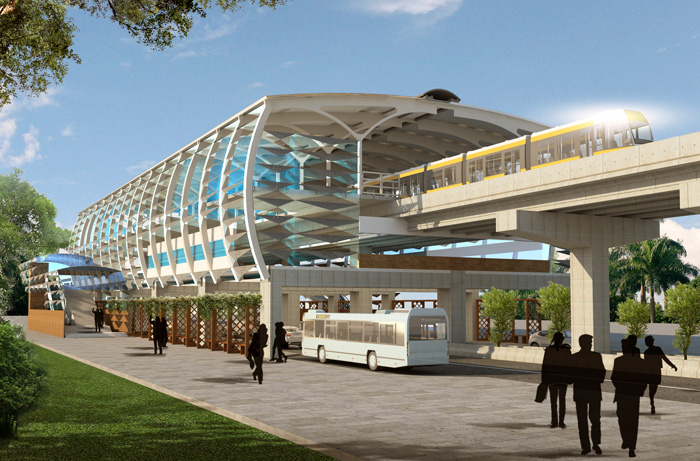 With OpenBuildings Station Designer, Bentley will be looking to gain traction in projects like the Nagpur Metro in India, which used OpenRail

There is a long history of Bentley customers developing bespoke solutions to work with MicroStation and MicroStationbased product like AECOsim Building Designer. Das says that this has happened a lot in China, where workflows and deliverables are often different. “[Chinese infrastructure services company] ECIDI, for example, has been taking our product, MicroStation, for years and bolting on their own workflows and calling it their own,” he says. Customisation and collaboration are key differentiators between AECOsim Building Designer and OpenBuildings. They currently share the same traditional software development kit (SDK) but what makes OpenBuildings different is that it can take full advantage of Bentley’s new integrated product stack. Firms can use the new cloud-based services and also connect to third-party applications through the open source iModel.js library and the iModelHub, which offer web-based APIs. “Because the technologies are open source, everybody has access to them and it actually makes it really, really easy — much easier than the standard SDKs that came with AECOsim Building Designer,” says Das who goes on to explain that because the schema is open, firms can also dive into extract additional data from OpenBuildings, such as meta data that may not have come across. Returning to the example of ECIDI, Das explains that the Chinese firm is already looking to build its next generation of applications on top of OpenBuildings, rather than on top of MicroStation. He says this is because it gives them a better granular starting point and with iModels they get web visualisation tied into the iModelHub, and they can also work with their cost estimation partner. 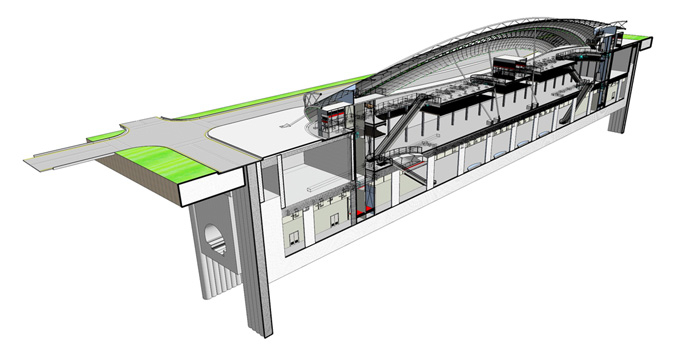 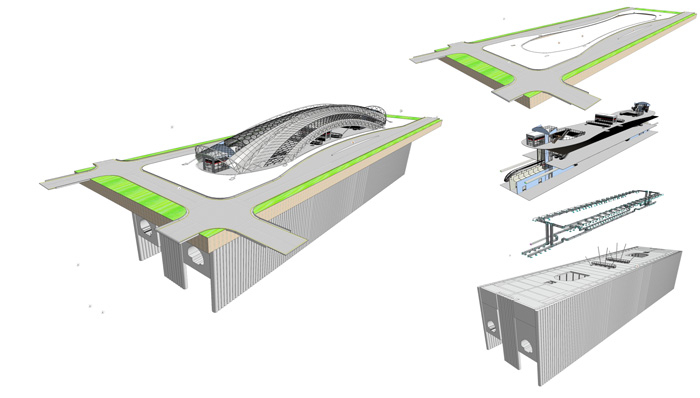 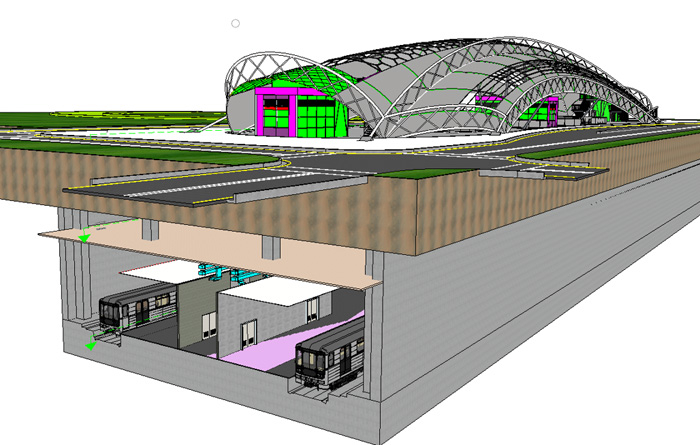 For some years now, Bentley has been losing the battle with Autodesk and other firms when it comes to mainstream building design software. Now with a focus on verticals like station design it is starting to play to its strengths, offering a building design tool that can take advantage of its ‘open’ applications in areas such as rail and road design, pedestrian simulation, structural analysis and geotechnical engineering.

While we expect to see Bentley develop other niche building design tools for large scale assets such as airports and stadiums, perhaps the biggest opportunity for the company is not as a traditional provider of design software. Through iModel.js and iModelHub it’s all about what you can do with the project data that comes from Bentley tools and other applications, which is something we explore in more detail here.