A new state-of-the-art cleanroom environment at Southampton University is providing students and visitors with a glimpse into the normally hidden world of microscopic engineering. Stephen Holmes reports.

With the original building destroyed by fire in 2005, the new Mountbatten Building, a £55 million interdisciplinary cleanroom and office complex for the Optoelectronics Research Centre at Southampton University, offers passersby the chance to look in through its glass curtain walls into a spotless world where electronic developments are taking place.

The new Mountbatten building at the University of Southampton. 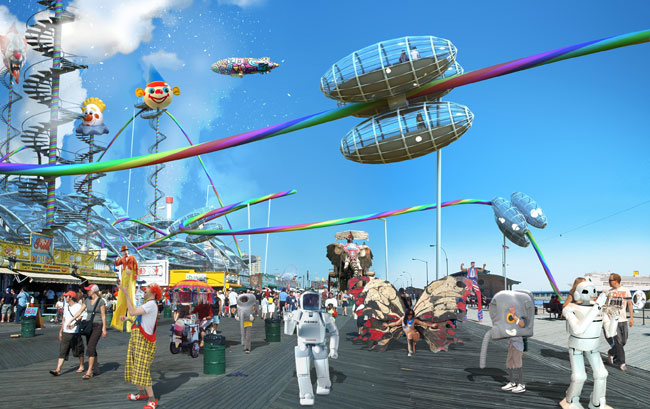 The concrete staircase, a dramatic feature that adds weight to reduce vibrations.

With the department having already played a role in the building of the Internet, mobile phones and other revolutionary electronic equipment the university hopes the new white-walled labs will become one of the world’s leading nanotechnology research centres.

Wanting a memorable building to reflect the research taking place inside its prominent position at the north of the university’s Highfield campus makes it visible to thousands of people travelling along one of Southampton’s main roads, making it a stand-out structure in the surrounding community.

Behind the aesthetics the building needed to be capable of accommodating the multi-million pound pieces of equipment necessary for nanoscale research, as well as the flexible interdisciplinary space needed for the cleanrooms to provide the next generation of technological research.

The nature of the electronics labs mean they are normally hidden from view, and as a result very few people have an idea of what goes on inside the air-controlled, white-walled vaults where pristine air, light and surfaces are key.

However, at Southampton that mode of working has been turned on its head. “People can actually view the process going on within; that was one of the requirements from the user, that external students or visitors to the building could actually see what’s going on,” explains Allan Thomson from CHM2, the project manager for the build. “It also makes a nicer environment for the inhabitants of the cleanroom.”

The outside of the building provides a visual clue to its purpose, with the glass frontage enclosed by Peano-Gosper fractal patterns etched on the panels. The fractal was used in research undertaken by Professor Darren Bagnall and Dr Adrian Potts of the School of Electronics and Computer Science and Professor Nikolay Zheludev of the Optoelectronics Research Centre.

A cantilevered office section that juts out over the passing road, along with the high atrium with its glass curtain wall and thick concrete staircase make this a stand-out building.

Having already picked up a Royal Institute of British Architects (RIBA) award the build is in the running for the Stirling prize, although on an everyday level it is giving 30 teams of students many more rewards for its cutting edge design.

The intricate work in the cleanroom takes place in pristine conditions.

“It is for research development, teaching and innovation in electronics,” continues Allan. Everything used in the building, from the lights to the computers monitoring the airflow, was ‘state-of-the-art’, providing those working inside with the perfect environment to work in.

The use of such cutting edge methods also has the added benefit of keeping electrical use down, earning the building top marks when it comes to sustainability. 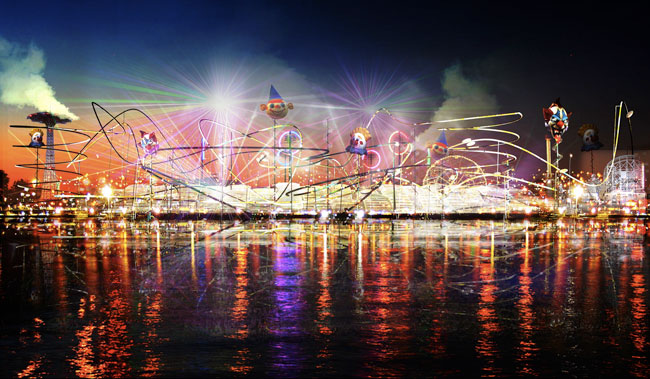 The build was designed to incorporate the new tall atrium and link the building on all floors to the neighbouring university building.

Cleanrooms by their very nature are very high energy consumers. However, with the use of modern technology, from the fan motors through to the software used to design the building, the design team were able to greatly reduce the amount of electricity consumed. This was something the university was keen to invest in. “It was good to have the University’s backing for this,” says Allan, adding from his build manager’s view point that it was good not to have budget worries looming over the project.

“The materials used for the build, and the design of the building and the way it faces — all helps to contribute to keeping the energy consumption down,” says Allan, pointing out that a number of departments within CHM2 were responsible for different areas of the build, each using their own technologies before adding it to an overall Revit model. Specialist teams optimised the building orientation, solar shading details, underfloor heating, and even the rainwater harvesting capabilities of the new structure.

The stringent demands of nanoscale research need a vibration-free environment, a problem with the use of light materials like glass. Extensive analysis and modelling helped to design out the vibrations, while the use of concrete helped weight the structure.

Used from the early planning stages Revit helped plan the initial co-ordination of the highly serviced building. “From there on,” adds Allan, “all drawings were created in 2D using AutoCAD 2004 and Autodesk Architectural Desktop. At a later date these drawings were imported into a NavisWorks application by the main contractor [Bovis Lend Lease] to form an overall system co-ordination 3D model.”

The final structure is a striking example of how even the most power-hungry of buildings can lessen their hunger through adaptation of materials, positioning and the adoption of new technology. In this example it is a case of new technology helping to build new technology.