Revit Technology Conference (RTC) 2013 attracted some of the most experienced and knowledgeable Revit experts in the world. AEC went to Delft, The Netherlands, to discover the future of Revit. By Paul Woddy.

The inaugural European version of the internationally popular Revit Technology Conference was held in September, when 183 delegates plus visitors and speakers from 17 countries across Europe and around the world gathered in Delft, The Netherlands.

The Revit Technology Conference (RTC) is aimed at intermediate to advanced Autodesk Revit users, with a maximum attendance that the organisers do not intend to grow substantially in future years, making this an exclusive and intimate event.

The speaker pool for this European event included some of the most experienced and knowledgeable Revit experts in the world with classes covering new approaches to old problems as well as new ways to bend the software to ever more surreal objectives.

One of the stars of the show was undoubtedly the city of Delft itself, chosen as the hometown of former Revit inc / Autodesk colleague Martin Taurer who, along with his wife Sylvia, is a member of the RTC organising committee.

If you have never been to Delft before, think of a more relaxed, sedate version of Amsterdam with the same style of architecture and canal-side living. It certainly offers a contrast to Autodesk University (AU) and the Venetian hotel in Las Vegas: to be walking to / from your hotel each morning and evening alongside a real canal with real sky and birdsong, even if the flea markets and shops en route can be a little distracting.

The venue for the conference was a collection of historic buildings in the heart of the city, centred around an old convent and church, which now forms a museum. Meals and refreshments were served in the exhibition space, housed in a double height courtyard under a glazed roof. All in all it stood out as a nice touch not to be in another generic conference centre with low ceilings, dim lighting and re-circulated air.

Main-stage presentations and larger classes were held in the church itself leading to obvious puns about the Church of Revit. It can be hard enough stopping some of us from preaching the Gospel of Revit any time or place, without giving us a captive audience, a microphone and a pulpit.

While the initial impression of this venue was awe-inspiring, the novelty of sitting on a hard wooden pew for a lengthy session soon wore off. Add to that, the sunlight shining down through gothic windows onto the screens and acoustics designed more for the shouting of tuneless congregations than for softly-spoken technology briefings, and the room choice did not always seem so inspired.

The main sponsors for this event were AUGI, Autodesk and Graphisoft with the latter providing the opening keynote address, which may seem strange but they got there before Autodesk and, to their credit, did not overly press the sales button but focused more on OpenBIM standards and what might be achieved with inter-software collaboration.

Popular sessions included the correct method of creating MEP content, delivered with flair by Jose Fandos of Andekan, earning him the accolade of top speaker of the conference. As with many of the top sessions, the techniques and principles covered by Mr Fandos were not all new and exciting but were basic operations, fully explained and explored, looking at reasons why certain best practice states what it does.

Another session that went down very well was Brian Mackey from BD Mackey Consulting’s talk on intelligent detailing in Revit and the golden rules of Building Information Modelling (BIM) — use the text and linework tools as a last resort in preparing your detail drawings.

As a speaker constantly looking for new topics to cover at events like this, it is easy to forget that to a large majority of the audience, the old techniques are anything but old; and that to use Revit is not always to follow basic BIM methodology. This idea of reinforcing basics was equally demonstrated by Steve Stafford from AEC Advantage Inc, who took the audience on an info-filled content creation lesson.

The other extreme came from sessions such as the excellent Fractal Fun with Revit Repeaters, a topic that would normally have me running for the hills of practicality shouting ‘But where would I use that on a real project?’

In this case, Tim Waldock of PTW in Sydney started by explaining what the software was capable of doing in very theoretical terms, but then finished it off with a practical example of the principles being applied to replicate the complex roof of The Gare do Oriente in Lisbon.

That said, a couple of the sessions did cross that line of immediate practical application without looking back. And so they should because as I have already said, this conference makes no apology for its geek status and from far-fetched topics today come mainstream processes of tomorrow — or confused faces eagerly seeking the bar to calm their troubled mind. 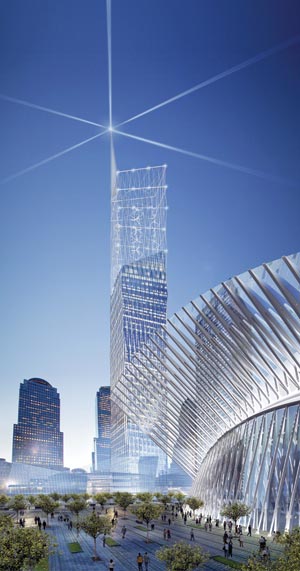 The complex roof of the Gare do Oriente in Lisbon

In this regard, the usual suspects certainly did not disappoint. Autodesk’s Matt Jezyk talked about connecting Revit to real-world data in the form of available weather data and using dynamo scripting to help design the optimum use of the data, going so far as to describe the process of building your own collector using a Raspberry Pi connected up to digital sensors.

David Conant has always been a favourite with the Revit user community. As employee number three and product experience designer at Revit Inc and until very recently Autodesk, it is hard to exaggerate his impact on Revit. During his session on scheduling, David combined insider knowledge of the workings of Revit with ideas of how to manipulate it to do your bidding. Along the way he showed us a world exclusive — the most expensive 8-bit snake game running live inside Revit.

As an evangelist of the BIM methodology as a means of improving the industry, case studies presented in conferences such as this are often a huge disappointment to me. This is mainly because the majority are intended to act as a promotional exercise for the speaker, the project or the companies involved. Very rarely are the ideas and conclusions peer-reviewed prior to being broadcast to the world as exemplar projects and so at best they offer no new lessons, while at worst the principles being shown are ill-conceived or plain wrong.

Yet in Delft, a couple of my favourite sessions were case-studies. In particular, Doug Williams from Perkins + Will shared experiences and lessons learned from a two-year case study, tracking a project in Texas.

The 30,000m2 healthcare project used an Integrated Project Delivery contract, a new form of contract for construction projects. All parties involved followed BIM methodology. The results included comparative costing that revealed up to 65% savings on certain modular construction elements, as well as interviews and opinion polling each of the stakeholders.

The case study did not pull any punches, nor did it conclude that everyone came out high-fiving and declaring BIM-forever. There were successes just as there were challenges and honest presentation of the whole picture was very informative.

The Top Tip Tag Team was an all-star team of Revit experts brought together in an informal and light-hearted session to present a handful of their favourite tips and tricks, with participation and feedback from the crowd, resulting in a prize of a 3D SpaceNavigator for the most vocal.

One comment that emerged from this session, and I heard being discussed at various points during the three-day event, was the growing use of the application programming interface (API) to achieve our objectives in Revit. There were several sessions focused solely on API tools including some mind-bogglingly clever apps from the likes of Harry Mattison from Boost Your BIM, but it was the casual reference to bespoke development that was dropped into many sessions that was noticeable.

Some see this as a brilliant opportunity and a liberating experience, while others question whether the core Revit product has stagnated with reliance on third parties to provide new and exciting advances in what can be achieved.

A super-session that took up a full half-day of the conference looked to raise the subject of Standards and Protocols from an international viewpoint. Presentations from various parties including the Graphisoft team marked the local perspective and relevance of available documents and requirements in different locations, but it was difficult to see if any new conclusions emerged from the discussions.

It is one thing to say that people should cross boundaries to collaborate on a combined standard but that sounds like a recipe for yet another committee to compete with the rest and confuse new starters.

RTC Europe 2013 was a great success with a very high quality pool of speakers covering a broad range of relevant topics without looking to meet any political objectives.

The event was well organised in an attractive and relaxing location. You could argue that it was an expensive ticket price but if you are in the target demographic then, as with all things in life, you get what you pay for. I for one will be looking forward to the trip to Dublin next year for RTC Europe 2014.