One of the highlights of Autodesk University is always the Exhibition Hall, where purveyors of add-ons for Autodesk products and complementary software and hardware showcase their goods. The impact of the tough economic times was evident at AU 2009 as the number of exhibitors was down on the 2008 event, but all the usual suspects were still in attendance and it was also great to see some new faces.

As Autodesk University is held in sunny Las Vegas, there are always some products on show that are not available this side of the pond, so we will focus on products that are. However, with globalisation and the increased use of online stores for software delivery this changes year on year. It was nice to see a number of UK software companies had made it over to AU, and it would appear that one of them (3am Solutions) also managed to tie up a good bit of business with Autodesk, but more on that later.

There were certainly some noticeable trends at the show this year, including a number of vendors showcasing 3D laser scanning, 3D printing , and 3D visualisation technology — yep, there was a lot of 3D-specific technology! But civil engineering software also had a big presence at the event and hardware, as usual, took up the lion’s share of the of the show floor.

Faro’s Laser Scanner Photon 120/20 is able to scan up to a million points per second.

Manufacturers of 3D laser scanners for high-speed surveying were in abundance, with Trimble (www.trimble.com/uk), Faro (www.faro.com/uk), Topcon (www.topcon-positioning.eu) and Leica (www.leica-geosystems.co.uk) all having a major presence. With Autodesk using AU to preview its own native point cloud technology inside AutoCAD this was probably no coincidence. And with support for point cloud data already within AutoCAD Civil 3D the technology is sure to be one to look out for in 2010.

With this in mind, some were questioning where Autodesk’s new interest in point cloud data would leave established point cloud software solutions from the likes of show attendees’, Leica and Kubit (www.kubit.de).

The rapid prototyping/3D printing guys were also out in full force showcasing their machines and models built from a huge range of materials featuring different physical properties. On the Objet Geometries stand the desktop Alaris30 machine is probably most suitable for the AEC market, but its Connex family, which enables 3D models to be made of multiple materials in a single build, also caught the eye.

Z Corp’s (www.zcorp.com) stand was packed with colour 3D models, a unique selling point of its 3D printers, but its ZPrinter 350, a ‘low cost’ monochrome machine was getting most interest from the architectural users at the event.

Stratasys, which was showcasing a massive full scale Turbo-Prop aircraft engine model built using its FDM (Fused Deposition Modelling) technology also had a number of products on show. Its Dimension uPrint 3D printer builds durable models, which makes it an interesting alternative to the more fragile output from many other 3D printing machines.

Finally, EnvisionTec (www.envisiontec.de) was demonstrating its range of 3D printers, which are based on its unique DLP Technology (Digital Light Processing), but the output models, which are reddish in colour, are probably less suited to the AEC market.

If physical 3D model making is not your thing there were also a couple of interesting new technologies for visualising 3D data, including a new holographic 3D imaging technology and a 3D monitor.

The Zebra Imaging (www.zebraimaging.com) stand was noticeably busy throughout the three-day event and its holographic images fooled many an architect into reaching out to touch a building that was not there. The holographic images are printed by laser onto a film and contain thousands of rendered images so the model can be viewed from many angles at the same time.

While the image resolution is not that high, the effect is still pretty amazing and it is a really unique way to view architectural buildings, structure, building services or terrain models. Transparent overlays can also be added, which could be used to show off different proposals or construction scheduling.

Zebra Imaging’s 3D holograms generated a lot of attention at the show.

Zebra Imaging currently functions predominantly as a service bureau as the machines are still very expensive. The company can accept 3D data from a variety of CAD systems, including Revit, and the maximum print size is around A1 size (though tiles can be placed together to form larger images).

The downside of the technology is turnaround time, which we were told is around two weeks. This makes the technology more suited to final presentations than for design/review sessions, which is a shame. Price will also be a stumbling block for some with prints costing up to $3,000, though this is comparable to, if not cheaper than, 3D printing from a bureau.

Still, it is early days for this technology and with a new machine, capable of printing larger images, going online at Zebra Imaging’s headquarters soon, we would expect price and turnaround time to change over time.

Another new technology to make its AU debut was Alioscopy’s 3D display (www.alioscopy.com). This autostereoscopic product uses a lenticular lens to produce its 3D effects, which means viewers do not require 3D glasses. The effects are pretty impressive, and while the product is geared up for digital TV and marketing, there is also a workflow to bring CAD data to life using 3ds Max as a conduit.

In terms of 3D visualisation software products, these were fairly thin on the ground this year. French developer, Vertice (www.vertice.fr) was demonstrating its Nova product, a real time rendering solution for 3ds Max and Revit.

Also on show was Nova Server, a cloud based solution which offers real time navigation of 3D scenes in a web-browser without the need of a plug in. All the calculations are done in the Cloud and JPG data is streamed to the end user’s browser.

As was the case at the 2008 event, the civil engineering software developer community was again well represented at Autodesk University with design tools and design visualisation the major focus.

Bridging the gap between civil engineering and design visualisation was 3am Solutions (www.3am-solutions.com), whose stand was busy throughout the event. The UK company develops Dynamite VSP which enables highway engineers to present their projects in full 3D with excellent visuals and animations. It works inside 3ds Max Design, but provides excellent links with AutoCAD Civil 3D.

We reviewed this software in AEC Magazine last year and were very impressed. However, it would appear that we were not the only ones as just one week into 2010, it was announced that Autodesk is to acquire the software off 3am Solutions. Autodesk will integrate the technology into 3ds Max Design and other Autodesk architecture, civil engineering and visual communication applications and we look forward to seeing the results.

Transoft (www.transoftsolutions.com) certainly drew in the crowds with its AutoTurn Challenge, where visitors attempted to drive a radio controlled truck around an obstacle course in the quickest time possible.

The queuing masses were also given a sneak peek at the forthcoming new release of AutoTurn 2010, the vehicle swept path analysis software for roadway and site-planning projects. Transoft also presented its roundabout design software, Torus and the recently released of AeroTurn 3.0 for aircraft ground simulations. 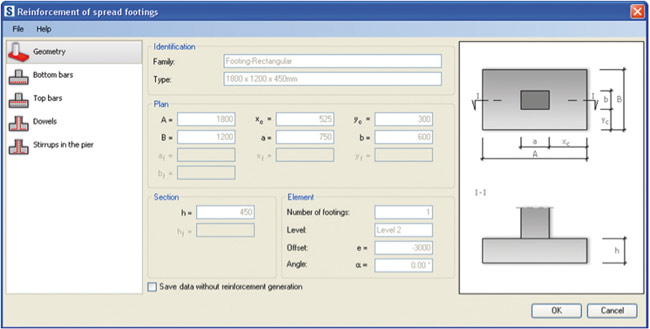 In a similar vein, UK developer Savoy (www.savoy.co.uk) showcased its Autotrack software, which is capable of analysing the turning performance of wheeled vehicles and is compatible with Autodesk’s AutoCAD-based solutions including Civil 3D.

Elsewhere in civils, Sivan Design (www.sivandesign.com) presented its AutoCAD compatible CivilCAD 2010 and Civil Simulate for design visualisation of AutoCAD Civil 3D models. Last and by no means least CGS demonstrated Civil 3D Extensions, a collection of civil engineering software tools and add-ons for AutoCAD Civil 3D, which is sold in the UK by Benchmarq (www.bmarq.co.uk).

Blue Ridge Numerics marked its official entry to Autodesk’s AEC community by launching the full integration of CFdesign 2010 with Autodesk Revit. The development allows architecture and MEP engineers to run computational fluid dynamic (CFD) studies from the Revit environment with a view to understanding how design changes can help achieve environmental objectives and energy certifications (see page 18 for a full review).

In terms of workstations, HP (www.hp.com) and Dell (www.dell.com/precision) showcased a range of desktop and mobile machines from entry-level CAD, right up to high-end. Dell also used AU to launch its brand new Precision M6500 mobile workstation, which is based on Intel’s new Core i7 (see page 9).

On the graphics front Nvidia (www.nvidia.com) launched three new professional graphics solutions at Autodesk University, optimised and certified for AutoCAD, 3ds Max and other Autodesk software. For desktop workstations, the 512MB Quadro FX 380 LP is an entry-level card designed for small form factor machines. Nvidia also told AEC Magazine that Lenovo would be offering the card inside its ThinkCentre desktop, which would make it the first OEM to offer a professional 3D graphics card inside a PC (not a workstation). 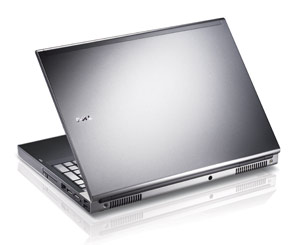 For mobile workstations, the Quadro FX 2800M and FX 3800M are both 1GB cards for more graphics intensive applications such as Revit and 3ds Max. They are both available as options in Dell’s new Precision M6500, alongside AMD’s ATI Fire Pro M7740.

While AMD did not launch any new professional products at Autodesk University, it was demonstrating its Eyefinity technology on its consumer-focussed Radeon cards. This enables a single GPU to support up to six independent 30-inch display outputs simultaneously and while the technology is not yet available on its professional FirePro graphics platform, it would not take a genius to predict that it is coming soon. This will mean that professional users will be able to create high res powerwalls in a 3 x 2 array at a much lower cost.

Also on show were a couple of web-based solutions for distributing large CAD files between team members, without having to use often complex FTP systems, but most importantly providing a full audit trail for all documents.

eTransmittal (www.etransmittal.com) enables project managers and engineers to electronically distribute, track and manage engineering documents. Everything is hosted on a secure online system, so documents can be accessed by authorised users at any time. Files are automatically indexed when uploaded, can be stored according to project, and are fully searchable.

The system includes document version tracking to make sure users are working on the correct file. A full audit trail is also provided and eTransmittal includes automatic time-stamped verification to record when a document was received and downloaded. Transmittals can also be given an expiration date, after which the files cannot be accessible.

File Genius (www.filegenius.com) was also demonstrating a similar web-based solution at the show.

BackToCAD (www.backtocad.com) demonstrated its utility that can convert PDF, HPGL, TIFF or JPEG files into a DWG or DXF file. Finally, Leeds-based CSC (www.cscworld.com) was one of the only structural software developers in attendance this year. The company demonstrated workflow between Autodesk Revit Structure and its Fastrak Building Designer software, which is used for structural steel analysis and design.