Autodesk recently spent over $1 billion acquiring cloud-based construction app developers PlanGrid and BuildingConnected. If you wanted to know where Autodesk was heading in the AEC industry, that pretty much sums up its current development focus 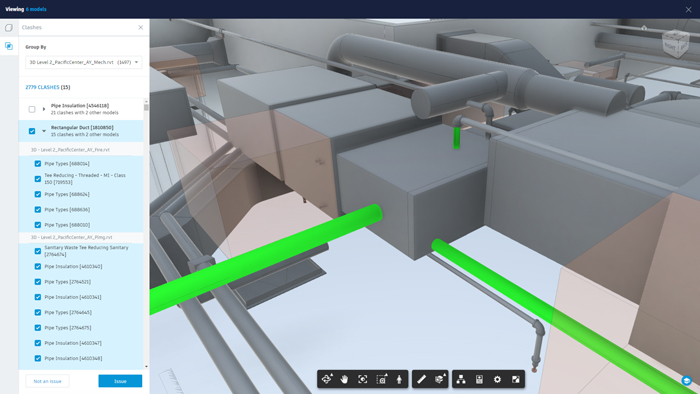 There was a time when Autodesk was a one trick pony, with AutoCAD being the cash cow. However, if you were to look at Autodesk’s stable of products and services today, it’s clear that the company’s diversification and growth, through organic and non-organic methods, has produced a bumper crop of products, at varying stages of maturity. Like all good farmers, Autodesk is now banking on the cloud to grow further.

Since Andrew Anagnost took over, Autodesk has refocussed on the digitisation of construction, and having just shelled out over $1 billion on acquisitions, including the largest in the company’s history, there is absolutely no doubt that this is where it will focus its future efforts, offering services to connect the building industry, from design through construction and into operations.

PlanGrid and BuildingConnected complement the work that has already been done with its BIM 360 portal and services and represent an acceleration in capability. Autodesk now fields a formidable suite of tools. It will be interesting to see how long these acquisitions take to digest and connect together, hopefully without losing too much momentum.

The origin of BIM 360 was in itself a journey for the company, with its commitment to the cloud, the development team switched from writing desktop applications to writing always-on web services, porting existing desktop capabilities to the cloud and then fleshing out the offering with specific suites of functionality to cater to the typical stakeholders in a project.

The core component was BIM 360 Docs. Launched in 2015, it finally addressed Autodesk’s document management vacuum. Roll forward to 2019 and that suite looks a lot more compelling than the initial offering and seems to improve on a monthly timeline, with enhancements constantly being added. Docs, Glue, Field, Project IQ, BIM 360 Design have been integrated with additional viewing tools, workflow and coherently rebranded. It is probably one of the most advanced Autodesk Forge-based service suites.

The service will be never ‘complete’ as there will always be new capabilities added to BIM 360, as once project data is hosted in the cloud all sorts of capabilities and integrations are possible. As BIM 360 is cloud-based, obviously it connects a workforce securely through mobile devices.

There are four subscription offerings which provide a mix of functionality, geared towards getting specific grouped tasks in the cloud.

One of the biggest problems in the industry is that data has traditionally been held in design office silos. Docs is the start point for BIM 360, where all documents get uploaded for sharing amongst selected project teams in one centralised database.

Autodesk obviously supports DWG and Revit, but it also caters to other commonly used data types. No other application is required to view 2D or 3D models and these can be interrogated for pertinent data on the desktop or on site on a mobile phone.

Version control is built in and documents can be compared to find what has changed. Designs can be reviewed, and issues identified and shared quickly between online project teams. 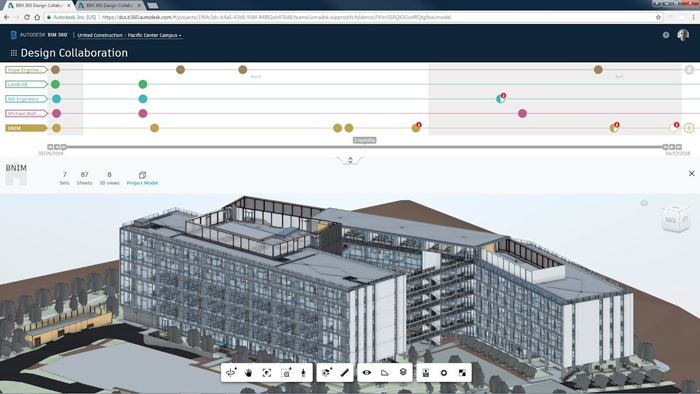 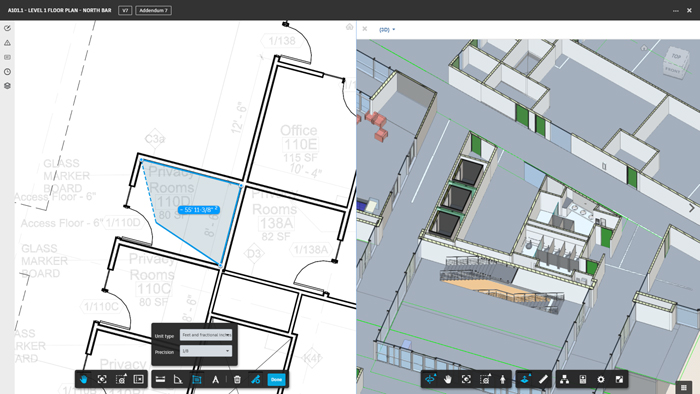 Teamworking gets a cloud boost for distributed and multi-discipline teams who use Revit, enabling the management of co-ordinated design. The system provides permissions- based group work with granular access to capabilities such as view, upload, edit and control per person, along with designated team workspaces.

Here the online Forge viewer thins out the complex aggregated Revit model for quick manipulation and identification of elements being worked on. It’s possible to identify changes down to an element level and visualise modifications, impacts on disciplines etc.

This offers some of the capabilities of Navisworks online with powerful interactive model sectioning, interrogation and take offs. Problems like clashes and omissions can be identified, highlighted and resolved. However, the clash detection will catch intended ones (railings fixed to a floor) as well as accidental ones, so this may require a degree of filtering and working through the clashing items. Clicking through the list on the left hand of the screen automatically zooms the view on the clashing geometry.

This is all about construction execution and links mobile devices to two-way cloud-based applications such as reporting and snag lists. It supports streamlined inspections and auditing, RFIs and submittals. All these can be gathered together with daily reports and analytics, which can be used to identify project trends and potential problem areas.

The user interface of BIM 360 is very simple and clear. As each user logs in, he or she will see all the projects that they are currently contributors to, along with icons to specific BIM 360 capabilities pertinent to their subscription. They’re also given a list of tasks that they have been assigned or included in using BIM 360s basic workflow capabilities. Oddly there is no built-in chat or messaging system as we have seen in other software.

For many, the benefit of having a centralised, single version of the truth would justify BIM 360 in itself but Autodesk’s ever-expanding applications clearly provide additional benefits to having BIM data centrally stored. As the army of Forge developers start to drop their cloud-based apps then even more capabilities will be possible leveraging this cloud repository. However, for now firms will probably rely on a mix of cloud features, plus some of the traditional desktop applications which come in their Suites, like Navisworks which has yet to be replicated in full.

While there has historically been a reticence to store project data on the cloud, this concern is slowly ebbing away, especially when one assesses the benefits of collaboration and cloud-based services. Autodesk recognises that many firms want their data hosted within their country, under their laws, and so has a number of points of presence across the globe. The one snag in this is that, for some reason; not all of BIM 360’s functionality is currently available outside of the US servers, with the demo and trial functionality being especially limited. European customers are advised to check the functionality they require against where their data needs to be hosted.

For Revit users involved in Revit workflows it’s a no-brainer. However, a one size fits all in the whole building lifecycle means that there are other tech solutions in specific areas which provide more detail or focussed capabilities. It will be interesting to see how open the API access is and what levels of co-opetition occurs in the busy Common Data Environment (CDE) space.

BIM 360 has come a heck of a long way; it has had a wandering and sometimes confusing branding, growing from a disjointed range of web services to something much more homogenous and robust, with clearly defined roles and functionality.

It will be very interesting to see how PlanGrid and BuildingConnected interface or are integrated within the current product stack, as there seems to be some overlap. I suspect that much of the focus will be US-based as Autodesk fights for that market. Whatever comes out, we are witnessing Autodesk’s biggest play in its history. It has literally bet the farm on it.