The big news is the inclusion of the new Intel Xeon E-2100 processor family, which features up to six CPU cores and clock speeds up to 4.7GHz.

Four CPU cores has been the standard in entry-level workstation for over 10 years, so the move to six cores is a big step up for design, engineering and architecture firms that use CAD and BIM software as well as multi-threaded applications, such as rendering or simulation.

Intel’s testing was done in Cinebench, a benchmark which is representative of most ray trace rendering applications.

Intel does not offer up any single threaded benchmark figures, which is what defines performance in CAD and BIM applications, but we expect the generation-on-generation performance increase to be relatively small. 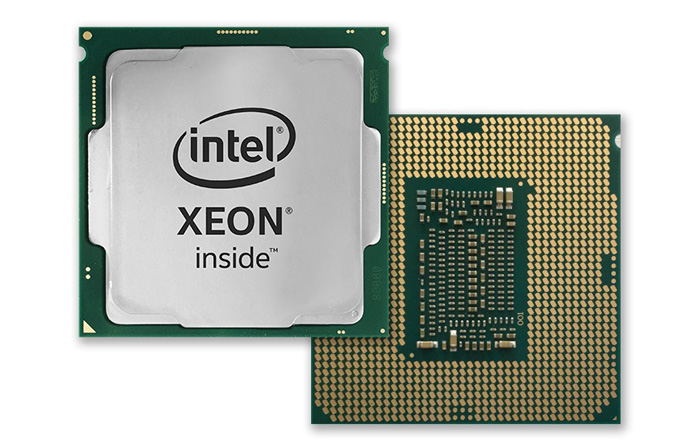 The new Intel Xeon E-2100 features up to six cores, which is a big step up for firms that use CAD and BIM software as well as multi-threaded applications, such as rendering or simulation

We don’t know yet if HP will carry all of these models, but understand that all three Z2 G4 workstations, including the Z2 Mini, will offer the same range of CPUs.

There are four main differentiators between the models – graphics, storage, memory and expandability.

The Z2 Mini G4 is very much focused on 3D CAD and BIM, but offers a significant increase in graphics performance over the Z2 Mini G3 – the level of performance you’d expect to see in a SFF tower. Options include the Quadro P1000 – which HP reckons offers two times more graphics power than its predecessor’s Quadro M620 – as well as the Quadro P600 and AMD Radeon Pro WX 4150. We understand there’s room for a single M2. NVMe SSD as well as a 2.5-inch HDD. Memory is limited to 32GB DDR4 and there are no PCIe slots for expansion.

The machine is 2.7 litres in volume and ¼ the size of a standard SFF workstation, making it ideal for space constrained environments. It can be mounted under a desk or on the back of a monitor using a VESA mount. For more info about the chassis check out our Z2 Mini G3 review. 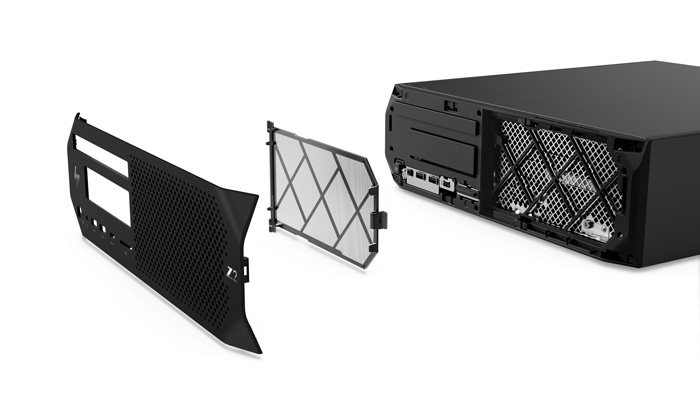 HP Z2 Tower G4 Workstation takes graphics to the next level with a massive range of pro graphics options including the ‘VR Ready’ Quadro P5000. This is a big step up from the HP Z240 Tower it replaces, which peaked at Quadro P4000. HP reckons it offers over 60 percent more graphics power.

The new chassis design features front and rear ledges so users can easily move the system from location to location. It is 13 percent smaller than the previous generation and boats a redesigned thermal intake and better cooling and acoustics. It has dual M.2 storage slots and optional self-encryption drives. 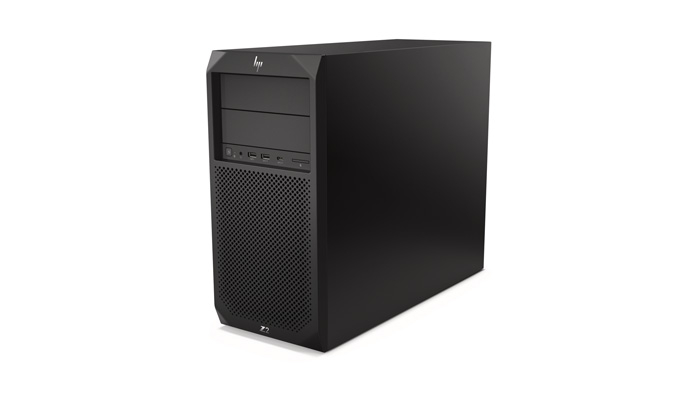 All of the Z2 G4 workstations are hot on security and feature a number of enterprise-level HP technologies to protect against attacks. This includes SureStart to protect the BIOS; SureRun to protect against an attacker turning off antivirus; and SureClick, which puts all web browsing in a ‘container’ so it will not infect the rest of the machine if an insecure website is visited.

HP is also looking to attract customers with even tighter budgets with a special ‘workstation edition’ of its EliteDesk 800 that starts at $642 / €699. This is essentially a business-focused PC with Nvidia Quadro graphics, although this is limited to the entry-level Quadro P400. With a 500W PSU, the machine also supports a range of high-end consumer GPUs including the Nvidia GeForce GTX 1080.

ISV certification is available on EliteDesk 800 models that include the Quadro P400, but the range of applications will be more limited than the HP Z2 family. There will be an initial focus on Revit, SolidWorks and AutoCAD, says HP. 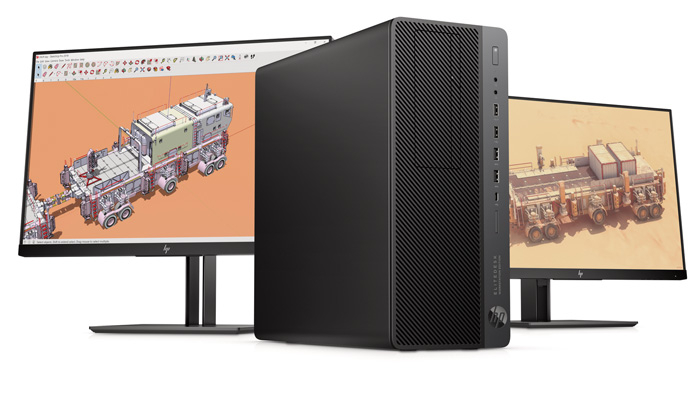