The laser scanning market has just experienced a shock wave with Autodesk and Leica teaming up to lower the cost of entry.

While laser scanning has been growing in popularity the price and accessibility of scanners has been stubbornly kept high. At Autodesk University this week, Leica and Autodesk made a surprise announcement of a scanning solution which combines Recap on an iPad with what has to be one of the most gorgeously designed, highly portable laser scanners we have ever seen.

Leica Geosystems new BLK360 is a self-leveling, miniaturized 3D imaging laser scanner which weighs about 2lbs and easily fits into a bag. The BLK360 captures full-color panoramic images overlaid on a high accuracy point cloud, accurate at distances up to 60 meters. The device captures HDR images, as well as thermal images, has built in lights, so it can work in low light . Operation is extremely easy with a one-button press. The device was described as waterproof and could be mounted on a tripod, on a ceiling or on its ingenious built-stand. In fact the design of the device and its dome carrying case is nothing short of exquisite.

From the outset the new scanner was designed to work with Autodesk’s ReCap 360 Pro and the new ReCap 360 Pro app for iPad. As there’s no display on the scanner, control is provided within Recap on the iPad Pro. There is no user accessible storage on the scanner, all data is sent to the iPad over wifi. Typically a full 360 degree capture will take 3 minutes. The app filters and registers scan data in real-time. After capture, ReCap 360 Pro enables for point cloud data transfer to a number of CAD, BIM, VR and AR applications.

AEC Magazine’s view is that this is an industry game changer. The price and ease of use make this ideal for architectural firms and in the construction space for monitoring building progress. It’s also possible to use multiple drives and control them from Recap on the iPad Pro. This has obvious benefits in scan to BIM applications especially for old non-linear buildings.

“When Autodesk first introduced ReCap, it was for one purpose: the democratization of reality capture,” Aaron Morris, who oversees reality solutions at Autodesk. “We saw the tremendous power of this technology for the AEC industry, but realized that the cost and portability of scanners combined with difficult-to-use data was limiting the adoption of reality capture. Autodesk’s collaboration with Leica Geosystems helps solve these issues by giving just about anyone access to the amazing advantages of reality data.”

“As the leader in the spatial measurement arena, we recognized the gap between Leica Geosystems’ scientific-grade 3D laser scanners and emerging camera and handheld technologies, and set out to bring reality capture to everyone,” said Dr. Burkhard Boeckem, CTO of Hexagon Geosystems. “By combining and miniaturizing technologies available within Hexagon, the BLK360 defines a new category: the Imaging Laser Scanner. It is significantly smaller and lighter (1 kg) than any comparable device on the market. As we developed the ultimate sensor, we worked with Autodesk to create new software and ultimately achieved the next milestone in 3D reality capture. Together with Autodesk’s ReCap 360 Pro, the Leica BLK360 empowers every AEC professional to realize the benefits gained by incorporating high resolution 360° imagery and 3D laser scan data in their daily work.”

BLK360 & Autodesk ReCap 360 Pro Bundle will be available to order in March 2017. The anticipated bundle suggested retail price is $15,990/€15,000, which includes: BLK360 Scanner, Case, Battery, Charger and an annual subscription to ReCap 360 Pro. For customers who want to secure their spot in line to receive the first batch of BLK360 laser scanners, Autodesk and Leica Geosystems are offering a special limited promotion for a discounted three-year ReCap 360 Pro subscription with a voucher giving priority access to buy the BLK360. Go to http://BLK360.AUTODESK.COM to learn more. 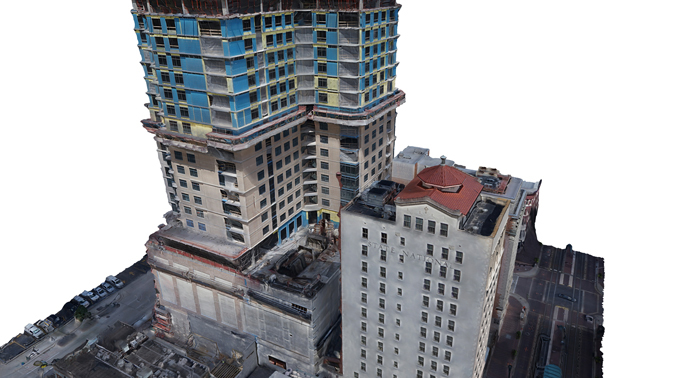 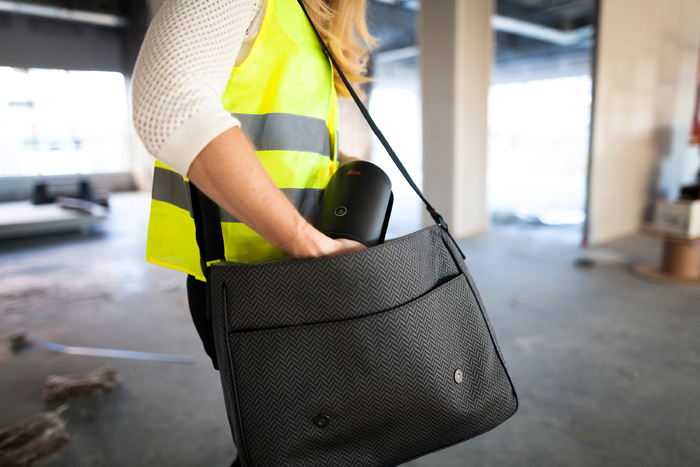