Projects from six countries recognised in annual awards, which celebrate the use of Tekla BIM software

The new headquarters of the financial services group OP-Pohjola in Helsinki, Finland, scooped first prize in the Total BIM award

It would seem the Finns know a thing or two about Building Information Modelling as for the fourth year in a row first prize in Tekla’s annual Global BIM awards’ ‘Total BIM’ category has been given to a Finnish project. The OP-Pohjola office building, located in Helsinki, was one of nine building on the shortlist in the headline category that recognizes exemplary BIM projects where Tekla software is utilised by several participants in several phases.

The new headquarters of the financial services group OP-Pohjola in Helsinki, Finland, is a multi-material building with a complex, sloped precast concrete and glass facade. A collaborative group of companies led by Sweco modelled the building in several locations, while designers and contractors followed design progress with the model’s design statuses. Several project parties used models for clash checking, hole reservations and visualisations, and chose object-based quantity take off and scheduling plus coordination with BIM.

Elsewhere in the Steel category, the competition jury awarded first prize to the partially retractable roof of the Singapore Sport Hub by Arup. A span of 310 metres makes it the largest free-spanning dome structure in the world. Collaborative design between the architectural vision, venue designers and the structural engineering team using 3D modelling techniques resulted in what was described as a highly buildable roof that is extremely efficient, lightweight and sophisticated. 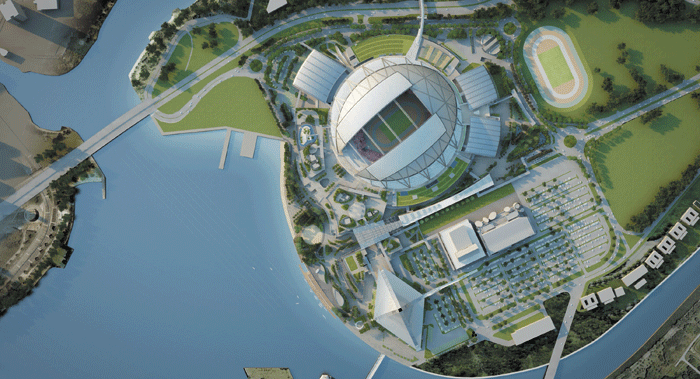 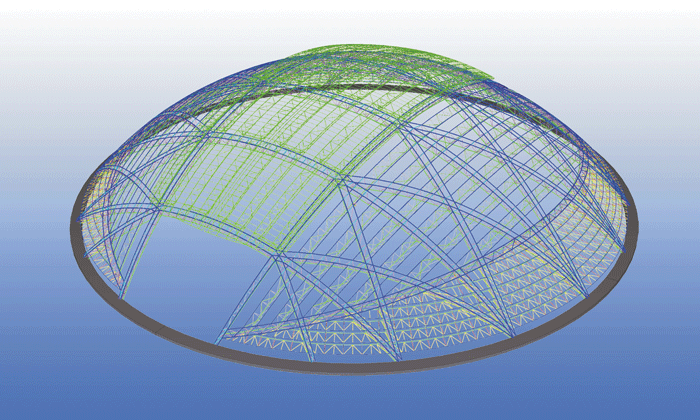 The partially retractable roof of the Singapore Sport Hub by Arup won first prize in the Steel category.

The River Vantaanjoki Bridge in Finland by Siltanylund Oy and Destia Oy was chosen as the best Cast in Place Concrete project. The project included design and construction of a new road, bridge structures crossing the river Vantaanjoki, pile slabs, underpass and an associated trough. In addition to cast in place structures and reinforcement, the project parties modelled the roads and earthworks and utilized BIM in checking and approval process and on site. 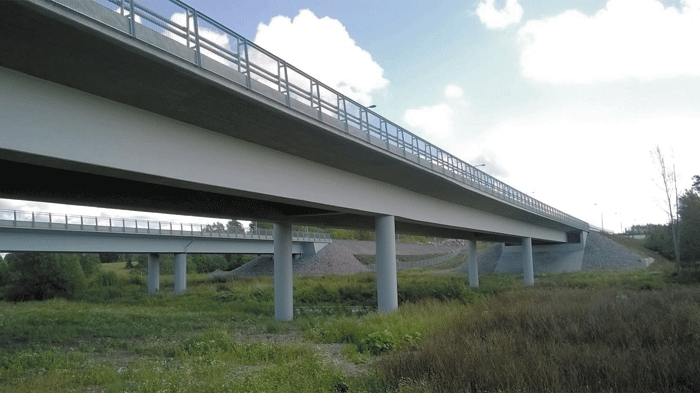 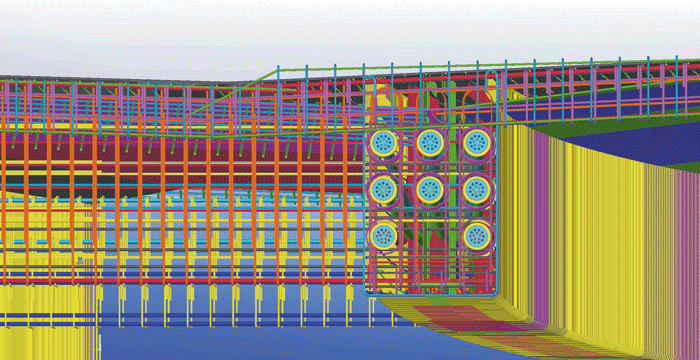 The winning project in the Precast category was the Mons railway station garage in Belgium, which was described as an unexpectedly beautiful structure by Hurks delphi engineering. Architect Santiago Calatrava created complex frame and wall element shapes that Hurks cast ‘flawlessly’ as the fabrication information was communicated to mould-builders and rebar workers directly from Tekla software. 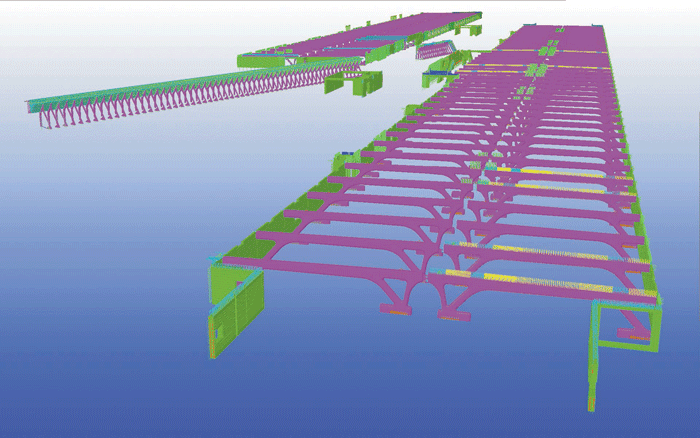 The Mons railway station garage in Belgium, winner of the Precast category

The best among the Structural Engineering projects was the multifunctional Torun Concert Hall in Poland by Fort Polska. The geometrically complex building consists of five modules, of which two can be joined to create a larger space for all kinds of events. The hall has inclined load-bearing concrete walls below partially movable ceilings made of hundreds of polymorph faces angled together. Without BIM, mapping this architectural thought would not have been possible. 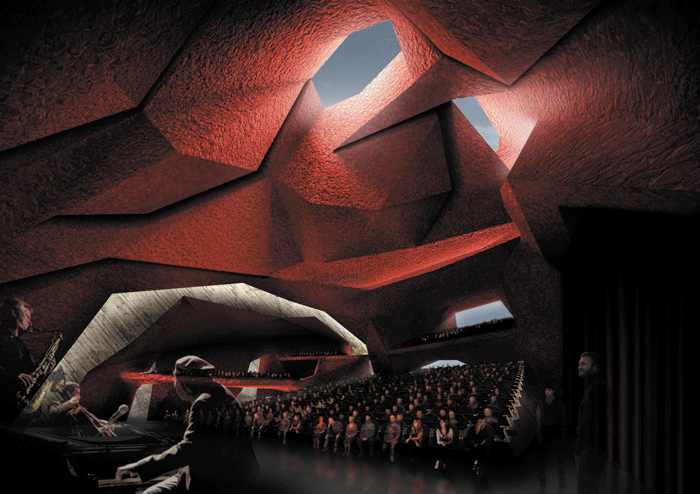 The multifunctional Torun Concert Hall in Poland by Fort Polska, winner of the Structural Engineering category

The winner of the public vote was the 2010-metre cable-stayed Cao Lanh Bridge in the river Mekong delta in Vietnam. Created by VTCO Investment’s team of new Tekla users, the bridge model will not only be used for shop drawings production but also will play an important role in the operation and maintenance after the completion of the bridge, scheduled for 2017. The bridge was the clear favorite of over 3,500 online voters. 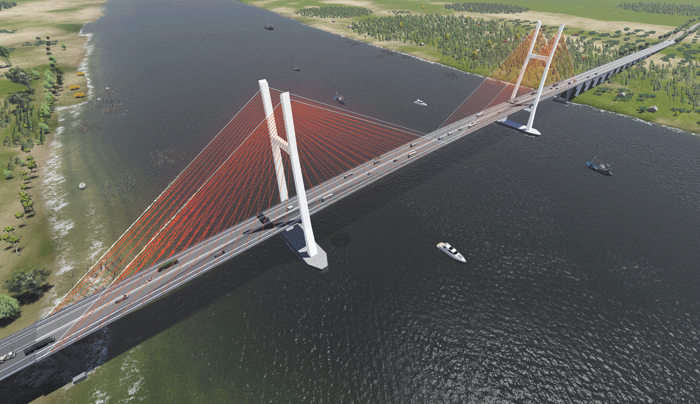 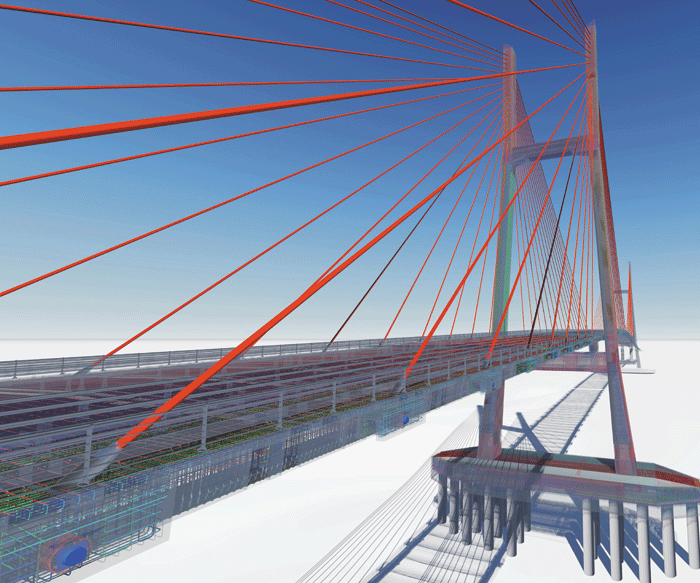 Winner of the public vote – the 2010-metre cable-stayed Cao Lanh Bridge in the river Mekong delta in Vietnam.

In the Student category, the winner was a team of five students studying Architectural Engineering at Chosun University, South Korea. The team utilized BIM and IPD to model an 85 storey steel and concrete building and imported the individual models into Tekla BIMsight for collision detection and model coordination.