Technical Director Bill Nuttall discusses the London studio’s restless creative spirit, the kind of hardware required to render a 25,000-pixel trompe l’oeil hoarding – and the art of creating VR experiences so immersive they could kill

For the re-development of Morley House, a Grade II-listed building on London’s Regent Street, Glass Canvas was commissioned to visualise the completed works to help attract and engage residential and retail occupiers

London’s Glass Canvas produces some of the world’s most beautiful architectural visualisations, from the interiors of Grade 1 listed town houses to the exteriors of contemporary high-rises. As well as stills and animations, the studio has recently been expanding into VR work, on projects ranging from health and safety applications to presenting major urban developments.

Q: How did Glass Canvas get started?

A: The studio was founded in 2001 by Andrew Goodeve. Prior to setting up, Andrew was working as a visualiser at Foster + Partners, and after three years wanted to strike out on his own. At the time, there weren’t as many other architectural visualisation firms in London as there are today.

I joined full-time in 2005. I was originally an architect, but preferred the more creative stages of the architectural process, in particular experimenting with the software and 3D modelling. I did a few freelance jobs for Glass Canvas, Andrew offered me a job, and I’ve been here ever since. Andrew and I are now co-owners.

Q: How would you summarise the kinds of jobs Glass Canvas does?

A: It really is pretty much everything across architectural visualisation. Last week, I was working on a masterplan in Casablanca, producing a two-and-a-halfminute animation, and this week, I’m working on some planning and marketing images of a mixed-use scheme in East London.

Sometimes, it’s a loose creative brief where we are required to create the design almost in shorthand for a vision image or masterplan, sometimes it’s fully verified planning work, and at other times, it can be really conceptual animation. At any time, we typically have 30-40 projects going across the entire Glass Canvas Group. 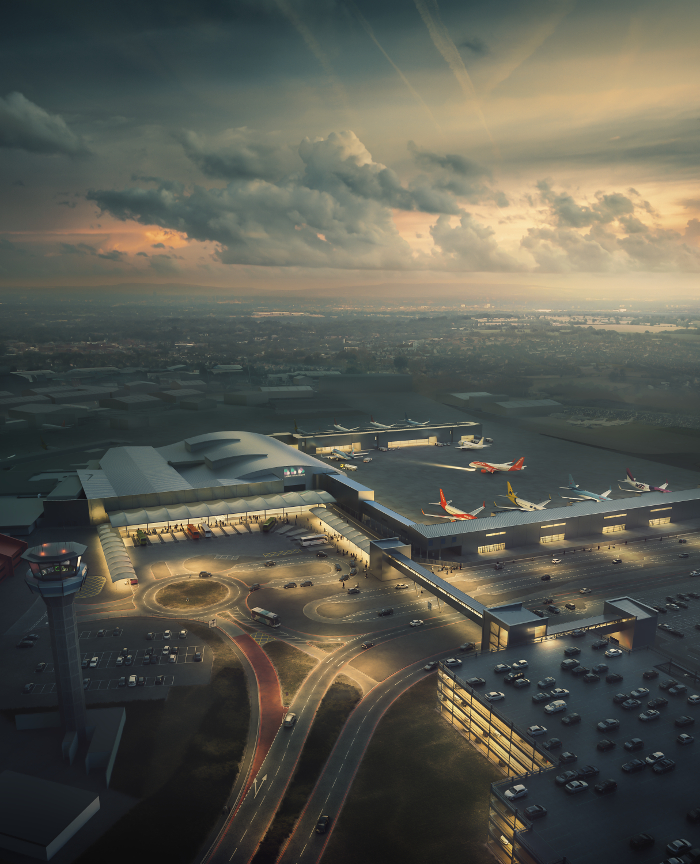 Q: What software do you use in production?

A: We use Autodesk 3ds Max for modelling, along with plugins like Forest Pack and RailClone. Our renderer is Chaos Group’s V-Ray. Post-production is done in Adobe Photoshop. And we use the Adobe suite for animation – After Effects, Premiere Pro and Audition – plus SynthEyes for 3D camera tracking. For virtual reality work, we use Epic Games’ Unreal Engine, plus Autodesk ReCap for turning photographs into models for use in VR.

Q: What about hardware?

A: I assemble all our hardware; I have done for about ten years. Everything in our office is put together by me by hand, so it’s all handpicked components, right up to our 30TB file server.

The last four workstations I’ve put together have used AMD’s 16-core Ryzen Threadripper CPU – the 1950X – and 64GB of RAM. My graphics card of choice is currently AMD’s Radeon Pro WX 9100. It offers the highest possible viewport quality in 3ds Max and plenty of HBM2 framebuffer memory to boot.

Rendering for us is CPU-based, and the Ryzen Threadripper machines are just fantastic for that. The value for money is incomparable to anything that Intel makes. I wouldn’t want to make a render farm out of the Ryzen Threadripper chips, as I like to put in as many CPUs as possible, but they’re definitely comparable to the Intel Xeons that are going to farms when it comes to power.

Q: What is your internal render set-up? A: We have a rack with around 400 cores in total. During the day, the artists can use them as an extension of their own workstations, then at night, they’re either rendering animation frames or large singleframe images: typically, 5,000 pixels by 3,750 pixels.

I haven’t built any render nodes for several years, but the new ones would be made with AMD’s Epyc processors, given the opportunity. They’re cheaper than Intel’s offerings, and will offer the same or better levels of rendering power. Like Threadripper, they offer superior bang for your buck.

Q: What’s the most technically challenging job that Glass Canvas has worked on?

A: The City of Wolverhampton Commercial Gateway Master-plan was pretty intensive. It’s a large collection of buildings, then lots of Forest Pack objects. That really chews through memory, even though we try to make as much of the geometry as we can procedural. In the aerial view, the roofs are hand-modelled, but the facades are all RailClone objects. We had a team of four working on that one for over six weeks.

With every new project we like to deliver something more, be it detail, scope, quality or realism. Although typical job deadlines haven’t changed much in the last 15 years, client expectations have, which puts us in a continual cycle of upgrading our software, hardware and workflows. 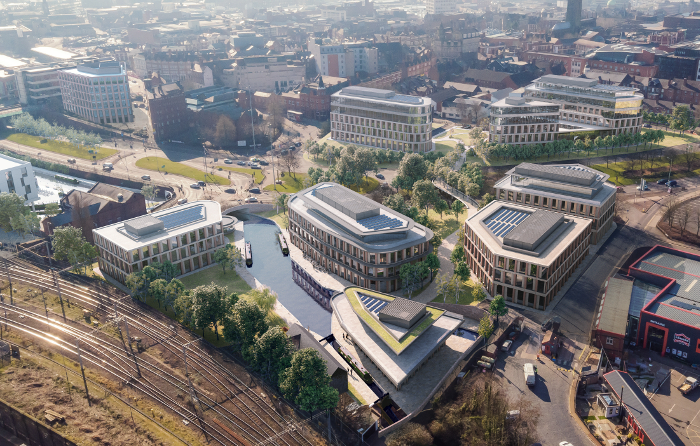 Q:  What’s the secret of a good visualisation image?

A: I don’t think it’s massively different to what you would see in a classical art gallery. One of the things you often see, especially with Renaissance art, is the use of two dominant colours: very often contrasting colours, like blues and oranges, or close harmonics, like purples and blues. And then a strong composition: the rule of thirds is still as relevant today as it’s always been.

It’s also important to study the works of great photographers, cinematographers and film-makers. Look for patterns and themes in their compositions, and make note of the best camera movements and edits. You know greatness when you see it: figuring out what creates it is the key.

Q: What was your most memorable Virtual Reality (VR) project?

A: We did a health and safety application for a construction company, which involved taking photos of their equipment – really massive steamrollers where the front bit is as big as you – and turning them into animated models. It took one of our artists two days to turn around 100 photographs into a refined 3D model to use in Unreal Engine, via ReCap and with clean-up in 3ds Max. We were demoing the result to the client, and this poor person put the headset on, turned around, saw a steamroller coming in their direction, shouted out in panic, and ran across the room and into a wall.

Q: You’re not meant to kill the client during the demo, you know.

A: I think the client was actually quite impressed. That really is immersive.

Q: What impact will VR have?

A: VR is still very much trying to find its feet within architectural visualisation. Our last five VR projects have all been very different from each other. Our clients are going through the process of discovering what works best for them, so we’re trying a bit of everything, from room-scale setups to smartphones in cardboard goggles.

I don’t see much of an application for VR in 3D modelling for a while. Sitting there modelling in 3D space sounds amazing, but can you imagine having to wear a headset all day? It’s bad enough looking at a screen all day long without having it five centimetres away from your eyeballs.

But my predictions can be notoriously inaccurate. When I was at school, back in the 1980s, one of my predictions was that mountain bikes were just a fad. That tells you all you need to know. 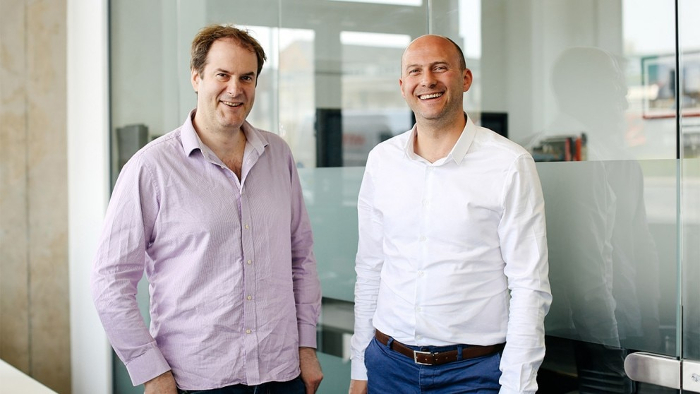