With the HP Z2 Mini G9 not available until March 2022, details are still quite thin on the ground. However, the big news is the inclusion of the Nvidia RTX A2000, a powerful low-profile desktop GPU with hardware ray tracing built-in. Previous HP Z2 Mini workstations relied on custom ‘MXM form factor’ GPUs typically found in mobile workstations.

The inclusion of the Nvidia RTX A2000 not only means significantly more performance for ray trace rendering, VR and real-time viz applications but users should also be able to easily swap out graphics if required.

With a double slot design, the Nvidia RTX A2000 GPU is thicker than most low-profile GPUs, so it appears that HP has had to make some small compromises when designing the G9.

The chassis is around 10mm thicker than the previous generation HP Z2 Mini G5, but is still small enough set on or under a desk, or behind a monitor using a VESA sleeve.

The optional 2.5-inch Hard Disk Drive (HDD) has also gone with the HP Z2 Mini G9 relying solely on one or two M.2 NVMe SSDs for up to 8 TB of storage.

Memory capacity remains the same with up to 64GB of ECC or nECC RAM. 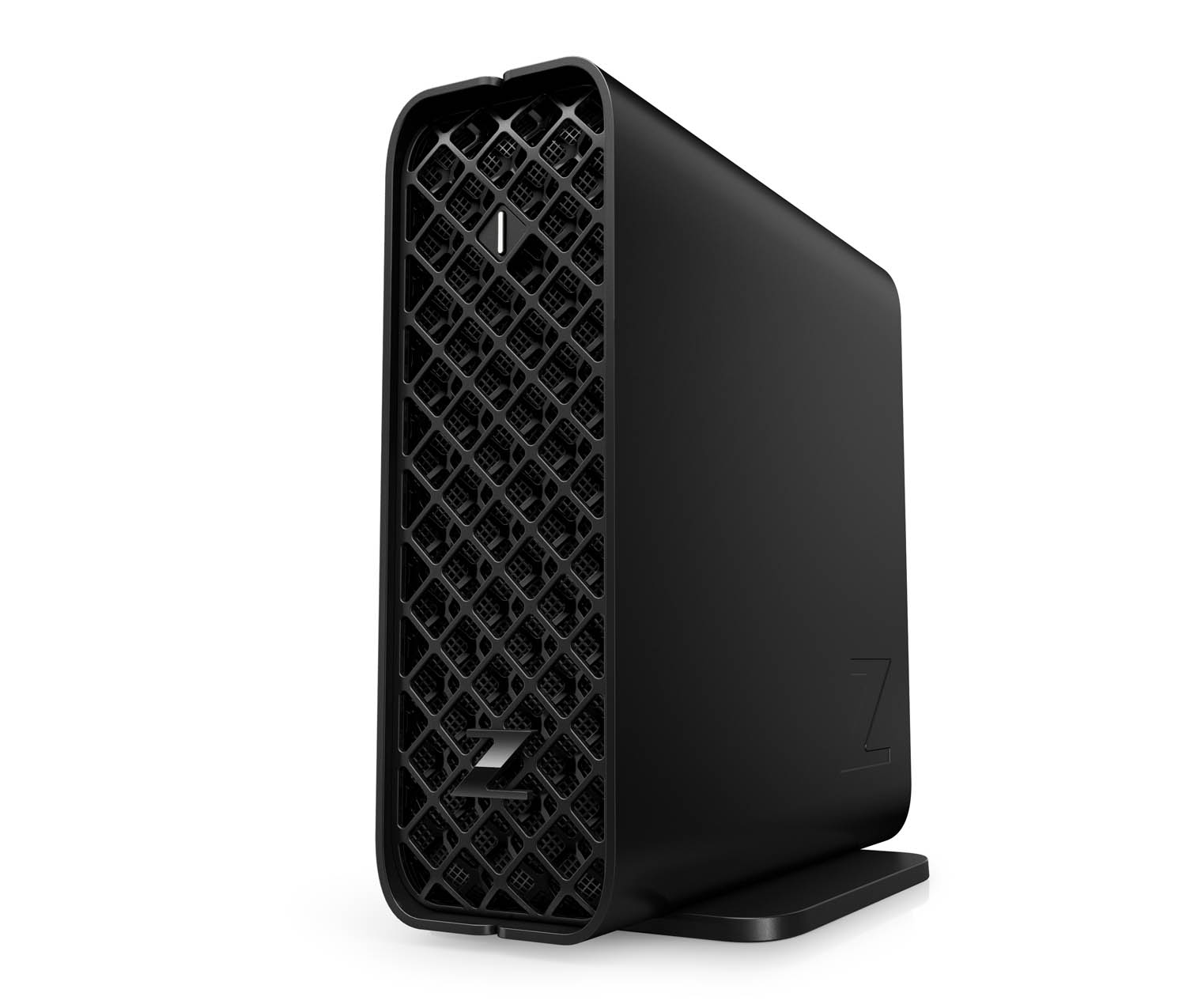 With the Nvidia RTX A2000 GPU and a choice of Next Gen Intel Core Processors, including K-Series options, the HP Z2 Mini G9 needs a beefier power supply – up to 280W – and more efficient cooling.

A ‘high airflow’, 3D mesh air intake design is also said to reduce static air pressure, enabling a higher level of performance. In addition, sensors and proprietary algorithms detect when the system is about to heat up, activating the fans to prevent overheating.