SimScale has teamed up with Numeric Systems GmbH to deliver Pacefish, a brand-new GPU-based simulation solver, which uses the Lattice-Boltzmann Method (LBM) to pair ‘high accuracy’ with ‘unparalleled speed’. Pacefish is accessible via the cloud and is said to be 20-30 times faster at solving transient simulations than traditional methods because of its ability to efficiently run on multiple GPUs.

In its first release, SimScale’s new solver enables virtual wind tunnel analysis for a variety of applications, including wind loads on buildings, pedestrian wind safety analysis, automotive aerodynamics, and other external flow applications. Several validation projects have been carried out, comparing the generated simulation results with wind tunnel measurement data, which were shown in this webinar dedicated to the release.

“The accurate analysis of transient flows has historically been fraught with very long computing times and high up-front costs in order to yield realistic results. With the release of this new Lattice-Boltzmann solver, CFD engineers no longer need to choose between speed and accuracy—and on top of that, can access it with the convenience of an entirely web-based workflow. We’re very excited to see our customers seize the new opportunities this technology is opening up,” said David Heiny, CEO and co-founder of SimScale.

Analysis of wind loads on LOHAS Park in Hong Kong 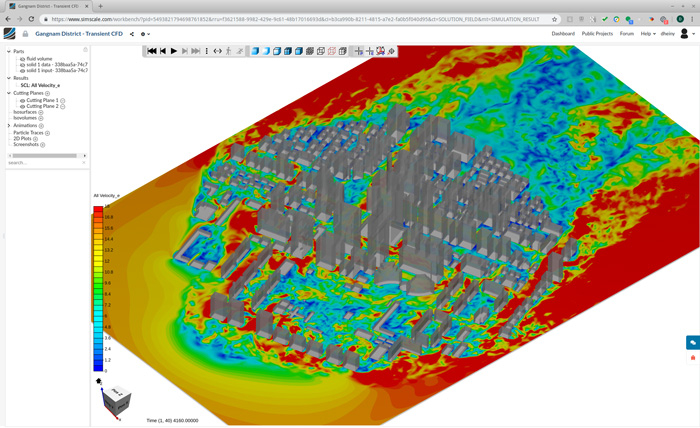