AEC Magazine rarely gets to look at construction management software, concentrating more on 3D and Building Information Modelling. This month Martyn Day reviews a product that integrates BIM models and construction schedules in a revolutionary way.

In the late 1990s, Sir John Egan published Rethinking Construction, which argued that techniques from other industries could be deployed in building to make the process much more efficient. The majority of the industry agreed with the sentiment of the report but implementing new processes has not been straightforward, with progress unfortunately being slow.

The same issue could be applied to architects adopting 3D modelling, which while other industries like automotive and aerospace are almost exclusively 3D, the construction market was very resistant to moving from a drawing board mentality to modelling.

However, Building Information Modelling (BIM) has eventually started to infiltrate the industry, with the majority of firms at least looking at implementing one of the solutions. Areas such as Structural and Mechanical, Electrical, Plumbing (MEP) have been quicker to utilise 3D but now with all project participants acquiring the technology, Egan’s vision can finally become reality.

Six years ago a Stanhope firm was working on the £46 million MidCity place multi-use building in central London. The company was committed to try and implement as much of Egan’s report as possible and try out new techniques.

One of the products it considered was called DALI (Design and Logistics Integration), which would allow the building’s construction process to be modelled in 3D. Working with Bovis Lend Lease and motor vehicle assembly style logistics from Unipart many improvements were made to the construction scheduling and planning system.

Unipart decided that the construction industry was not ready for the automotive approach and exited, but a number of the managers left to carry on the work and set up Synchro. Primarily as a consulting firm that developed its own tools, it always had the drive to become a software developer but never actually got the software into a saleable state.

In 2005 Synchro brought on board Tom Dengenis, previously of Bidcom and Asite, to run the company and after 18 months of development shipped the first official release in 2007. 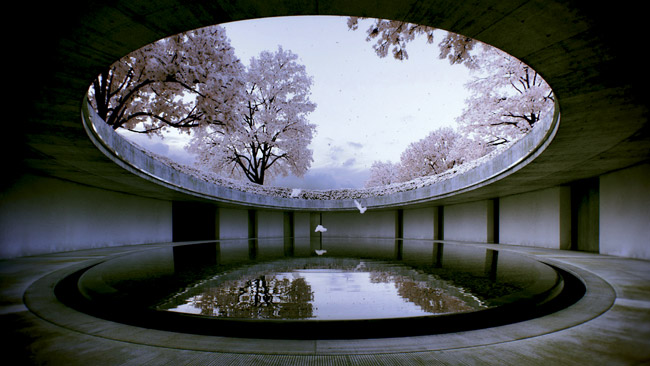 With an easy to navigate interface, Synchro Professional links project management information, such as Gantt charts to individual elements, so buildings can be ‘played’ over time.

Mr Dengenis is an enigmatic character with a real passion for the industry and having been involved in construction software development for many years, has some very firm ideas about what is right and wrong. He is evangelical about Synchro Professional. “It is not a huge system that needs to be centrally installed. We are bringing construction management to the world of BIM and Synchro is easy to learn and CAD-centric. Highly configured systems like accounts and scheduling take years to set-up, Synchro is designed to be a system like a spreadsheet that you can just pick up and use.”

Indeed having seen the software in action, it is clear that it is possible to get results quickly.

Models and drawings can be imported and converted to a lightweight Synchro model from Autodesk Revit, Graphisoft ArchiCAD, Bentley MicroStation and even Google SketchUp. With strong support for IFCs (Industry Foundation Classes), models can also be imported using that format, or indeed, a number of engineering CAD systems such as Pro/Engineer and Catia. Catering to most 3D systems is a necessary component as Synchro is

also used in civil, mining, power, and oil and gas, which require the combination of mechanical and structural models. Once the model is imported, the schedule can be loaded from Primavera or MS Project. Then by selecting the geometry or the schedule entry, links can be associated to the project timeline. Elements can be easily ‘cut up’ or sectioned off to show such detail as concrete pours. By moving the time slider, the project builds before your very eyes.

At this stage it may be possible to identify sequencing errors, where walls reliant on floors cannot be created as they are out of step. Costings can be added, resources (employees, materials) and tied to tasks and the corresponding 3D element. Companies can be created and assigned to parts of the job, as well as risks, such as wet weather. 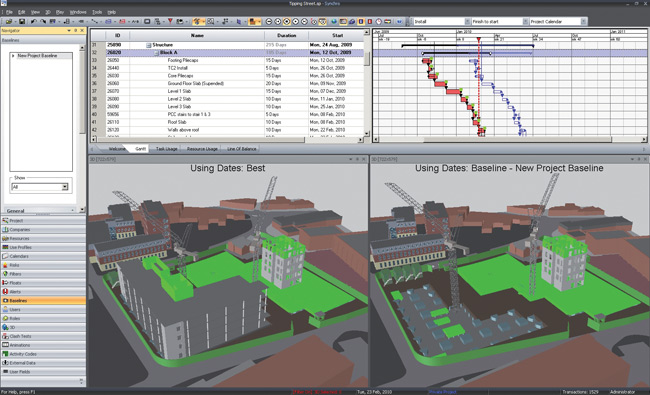 One of the more advanced features of Synchro Professional is the ability to try out and compare multiple timelines and schedules to either arrive at the optimised result or create a solution to a problem that has been caused due to lack of availability.

The product offers filters to isolate various selected elements such as floors and columns for ease of review. Baseline snapshots can also be created to freeze a current project, enabling ‘what if’ scenarios to be tried out without damaging the original plan. This is great for contingency planning should something go wrong, or not turn up on site when required. Users and individual access can be allocated by role or company.

Obviously a major benefit of having the full model imported is the ability to perform clash detection and the software does a great job of managing and documenting any clashes it finds. The clash tolerances are easily set and the software can be used for both hard and soft clashes, such as testing a crane’s arm span on site.

The interface of Synchro is indeed easy to use, simply point and click to either the geometry, the Gant chart or the table and it becomes very obvious how these are linked, what it looks like, where in time it is and all the associated metadata that has been input. This product successfully brings BIM into the construction and fabrication space. With this technology, problems that will be on site can be identified months in advance and worked through.

Looking around the industry for similar products, the two most obvious are Autodesk’s Navisworks and the Vico office suite.

Mr Dengenis describes Navisworks as a BIM viewer and to certain extent I would agree that the main role of Navisworks is to overcome the serious problem that BIM and construction tools currently have — huge file sizes. Navisworks at least can pull all the model data together for clash detection and can import Gant charts to offer some 4D capability. From seeing Synchro Professional, it appears to offer much more scheduling and it is easily half the price. 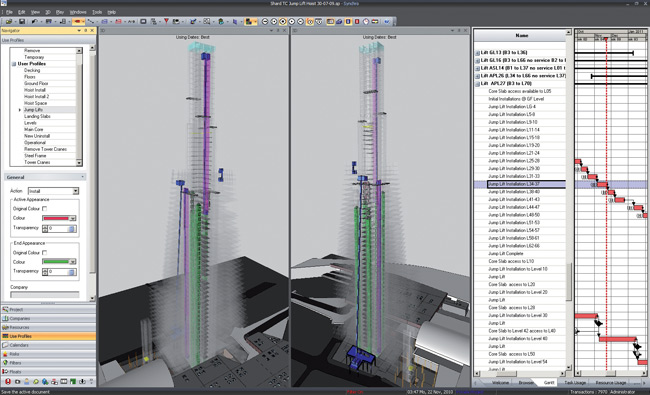 Here, Renzo Piano’s London Shard is being scheduled for lift installation. Taking the BIM information and linking it to the construction management system enables the construction stages to be easily visualised.

Vico spun out of Graphisoft and was be based on ArchiCAD. Called Constructor, it was the company’s attempt to provide a BIM modelling tool for the construction process, where the all the relevant schedule and costings data was added to a specific BIM model.

Headed up by Mark Sawyer (who is ex-Graphisoft, ex-Autodesk and ex SketchUp), the company was set up in 2007 and now mainly offers services based around its core twelve products. Vico is probably the nearest product to Synchro but Mr Dengenis feels there is little competition between the two firms. In fact the biggest competitor, he says, is the old way of doing things, which works but is not striving for efficiencies and most certainly will not work well with design data now residing in numerous BIM models.

Having a very close relationship with Primavera is obviously a great strength, given its popularity and its backing by Oracle, but Mr Dengenis feels that Synchro has to earn its stripes and remain independent and dynamic, as opposed to selling out to one of the major vendors any time soon.

Synchro Professional is a great tool with many applications above and beyond its obvious critical path scheduling strengths. The import capabilities, 3D BIM knowhow and clash detection, all challenges the current industry price for this technology. However overall, it is the ease of use and ability to rapidly deploy on projects that impressed me the most. Certainly a program to be evaluated. 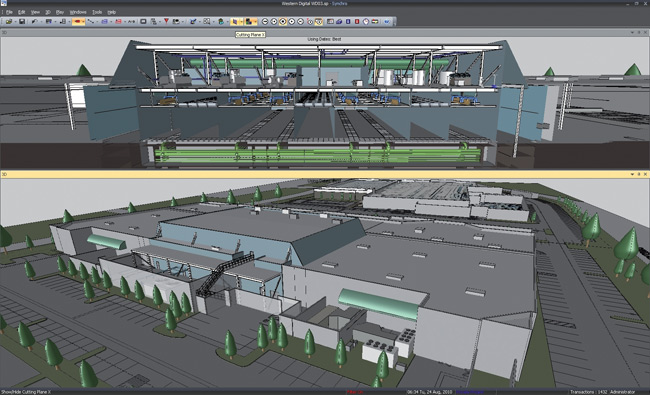 By working well with 3D data, Synchro Professional offers many great ways to view model detail, such a sections.