With unrivalled battery life Lenovo has created a CAD-class laptop that can truly be used all day long without having to plug into the mains.

Battery life can be a big issue for CAD on the go. But when a laptop has workstation-class components throughout one cannot really expect it to last more than a few hours away from the mains.

This really sucks if you are a frequent traveller or too old to be fighting over sockets in Starbucks, and is something that Lenovo has acknowledged with its new ThinkPad W550s, which gets the Intel Ultrabook seal of approval in some configurations.

Lenovo claims its new slimline machine has the best battery life of any mobile workstation. And we would have to agree. Fully loaded with nine cells, it lasted an incredible 6h 33mins in our compute intensive PCMark 8 battery test, about twice as long as its closest rival, the HP ZBook 15u.

With the benchmark hammering CPU and GPU for most of its duration, we would expect this machine to last well over a whole day under more restrained use (think Word and Excel with a sprinkling of BIM).

The secret to the ThinkPad’s longevity is not rocket science — powerful batteries combined with low-voltage processors mean the power issue is tackled on two fronts.

However, the way that Lenovo has implemented its batteries is rather unique.

Rather than having a single battery the ThinkPad W550s has two: a fixed internal 3 Cell (44 Whr) and a removable external battery that clips underneath.

The external battery comes in three options. A 3-cell (23 Whr) model that sits flush with the underside of the machine or a 6-cell (48 WHr) or 6-cell (72 Whr) that protrudes from the bottom — by about the width of an AA battery.

Keeping power consumption down, the ThinkPad W550s features the same Ultra Low Voltage (ULV) processor as the HP ZBook 15u — an Intel Core i7-5600U. With only 2 CPU cores, performance will be restricted in ray trace rendering software. However, with a clock speed of 2.60GHz (Turbo up to 3.20GHz) it is a decent option for single threaded CAD and BIM operations.

For 3D graphics, Lenovo has taken a different tack to HP, partnering the Intel CPU with an entry-level Nvidia Quadro K620 GPU. In our hands-on 3D CAD tests the machine felt responsive, even with some relatively complex models. However, it is hard to put an exact figure on performance as a) our SolidWorks benchmark does not run on Windows 8.1 and b) the benchmark scores in Creo were a little erratic — ranging from. 3.44 to 4.12. 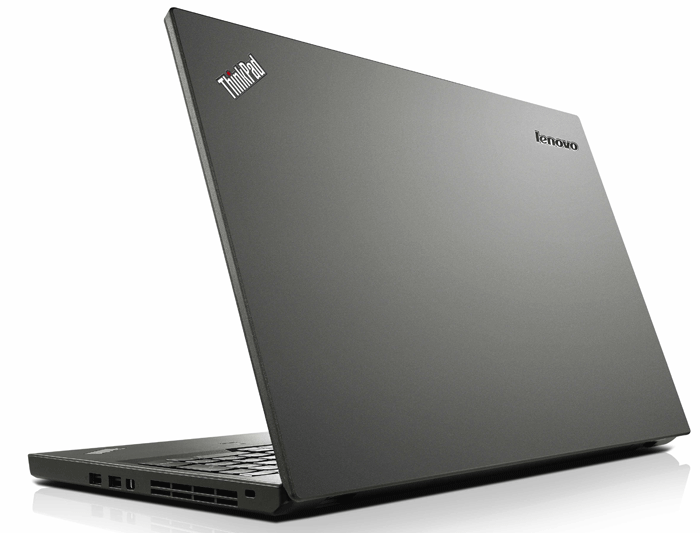 This inconsistency could be down to our test machine being a pre-production unit.

We did experience a few quirks with the system, specifically in relation to Lenovo’s ‘Intelligent Cooling’ technology, which seemed intent on clocking the CPU right down to 1.2GHz under most loads, significantly impacting performance.

Switching off Intelligent Cooling meant performance was restored to expected levels — and it did this without negatively impacting fan noise. Lenovo told AEC Magazine that it is working on a patch to fix this issue.

Intelligent Cooling is one of a number of features that can be adjusted through the intuitive Lenovo Settings software. Rather than having to drill down into the Windows Control Panel and dialogue box upon dialogue box, the touchpad, wireless, network, power, camera and fingerprint reader can all be configured from an easy-to-use touch screen menu.

Having initially been a little sceptical about the real value of touch screens on a mobile workstation, using the ThinkPad’s 15.5-inch 2,880 x 1,620 multi-touch display with Windows 8.1 was a moment of enlightenment.

While we would not recommend it for precise CAD work, in terms of navigating files, apps and web pages, touching the screen directly is often much quicker and more intuitive than using the trackpad or point stick.

That is not to say the trackpad is poor. A vast improvement over the one used in the ThinkPad W540, we found it comfortable and precise.

The backlit keyboard took a little getting used to, as the island style keys have more travel than most, but we adjusted quite quickly and the numeric keypad is a big bonus for CAD. The ThinkPad W550s and the MSI WS60 were the only two machines in this group test to boast this often-valued feature. 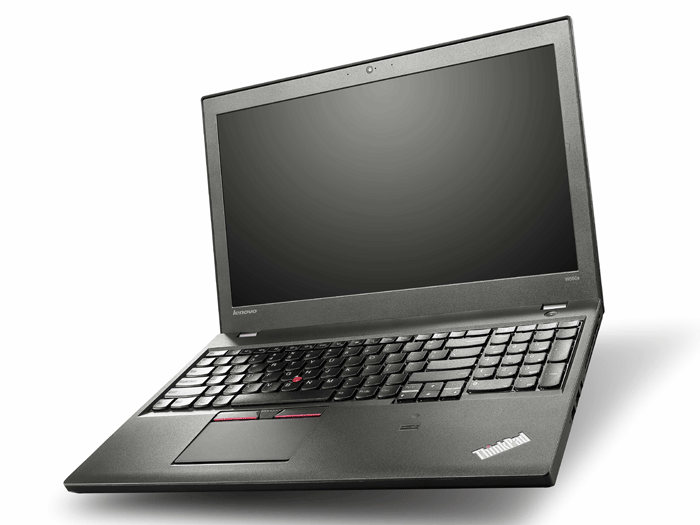 The chassis is classic ThinkPad — a solid, well built simple design with a soft touch finish on the lid. However, it lacks the serviceability of Lenovo’s desktop P-series workstations and accessing the internals is a bit of a challenge due to an awkward plastic back panel with multiple screws.

In saying that there probably is not much cause for access as upgrades are limited. Like all of the mobile workstations in our group test, RAM is maxed out at 16GB. However, more surprisingly, Lenovo only has room for one 2.5-inch drive.

Our test machine’s 512GB SATA SSD is perfectly adequate, but those in need of more capacity to store hefty CAD datasets will have to choose a slower 1TB HDD.

One would expect a machine of this class to offer both a 2.5-inch drive for data and a small form factor SSD (mSATA or M.2) for operating system and applications.

Of course, storage can be supplemented by an external USB 3.0 drive. There are three ports (one is always on, which is useful for charging smart phones). Data can also be brought in and out via Gigabit Ethernet or fast Intel Dual Band Wireless — AC 7265. 3G or 4G WWAN is an option extra with a Sierra EM7345 LTE or Ericsson N5321 3G, HSPA+ module.

The ThinkPad has always been a popular choice with enterprise customers so it is good to see that Lenovo has not cut corners when developing this slimline model.

Fingerprint and smart card readers are available and, thanks to the underside docking port, it can mate with a ThinkPad Pro Dock or UltraDock making it easy to hook up to external displays, peripherals and LAN — via DisplayPort, VGA, DVI, Gigabit Ethernet and USB.

The ThinkPad W550s offers a unique proposition for ultra portable 15-inch mobile workstations — a CAD-class laptop that can last all day on batteries. As a result it is a little thicker (23.3mm) and heavier (2.48kg) than other models, though with all day battery you probably won’t need to carry the power adapter with you so that saves some weight.

With the slightly bulkier frame it is a little disappointing it does not have more storage options, but this should not detract from what is otherwise an excellent enterprise-class mobile workstation ideal for truly mobile designers.

Those based on a business-class laptop chassis
HP ZBook 15u