To help kick start its XR journey, company is acquiring not one, but two AEC-focused XR tools – The Wild and IrisVR

Autodesk has signed a definitive agreement to acquire The Wild, an AEC-focused cloud-connected, extended reality (XR) platform, which includes its namesake solution, The Wild, and IrisVR, which it acquired in 2021.

Autodesk says the acquisition will help meet increasing needs for augmented reality (AR) and virtual reality (VR) technology advancements within the AEC industry and provide a natural extension to its digital ecosystem.

“A convergence of events makes this the right time for Autodesk’s acquisition of The Wild’s talent and technology as the foundation of Autodesk’s XR journey,” said Nic Fonta, general manager of XR at Autodesk. “Accessibility, affordability, as well as the future of digital twins and metaverse, create the right environment and business rationale for advancing XR technology within the AEC industry.”

The acquisition looks to diminish the importance of Unity, with whom Autodesk formed a strategic partnership in 2018, when it gave it the keys to the city of Revit.

The Wild offers tight integration with a range of desktop AEC software, including Revit, Navisworks, Rhino and SketchUp, as well as Autodesk BIM 360.

The Wild was relatively late to the game of AEC-focussed VR software but was arguably the first to place such a big emphasis on collaboration. The company’s cloud-connected software was designed from the ground up for distributed AEC teams.

The company’s stock rose considerably in 2021 when it acquired IrisVR, one of the pioneers of ‘push button VR’ and the first to offer an optimised workflow from Revit to VR.

Autodesk is acquiring not one, but two AEC-focused XR tools. The Wild concentrates more on early-stage ideation and collaboration, while IrisVR caters to coordination, issue tracking, and the exploration of BIM data. Both tools are well respected.

While The Wild already had an established workflow with Autodesk BIM 360, Autodesk’s Nic Fonta, general manager of XR, told AEC magazine that there are plans to integrate the technology more seamlessly with Autodesk Construction Cloud, BIM 360 and Forge.

Getting live project data in to the hands of the right people at the right time is essential in order to improve efficiency in the AEC sector, as is getting timely feedback from design / review sessions and from the construction site. Having this data flow in real time will be key.

The acquisition looks to diminish the importance of Unity, with whom Autodesk formed a strategic partnership in 2018, when it gave it the keys to the city of Revit, offering much tighter integration than was available through the standard Revit API.

Development of Unity Reflect Review, the company’s VR, AR, iOS, Android and PC design review software, however, has been slow. Customers are still waiting for the ability to feed annotations back into BIM 360, a feature originally previewed on the main stage at Autodesk University (AU) in 2019.

Fonta, however, says nothing will change in Autodesk’s relationship with Unity as a direct result of this acquisition. “We are going to remain super open on our platform and the way we work with our partners,” he says. “We see a lot of value that these different partners, including Unity and others, bring to the ecosystem.”

The big benefit of bringing The Wild into the fold is that it puts Autodesk’s XR destiny in its own hands. Autodesk CEO Andrew Anagnost says XR is a must-have business imperative for today. It will be interesting to see where Autodesk takes things in the future, and how quickly.

Meanwhile, read AEC Magazine’s round up of 12 tools for collaborative VR for architecture 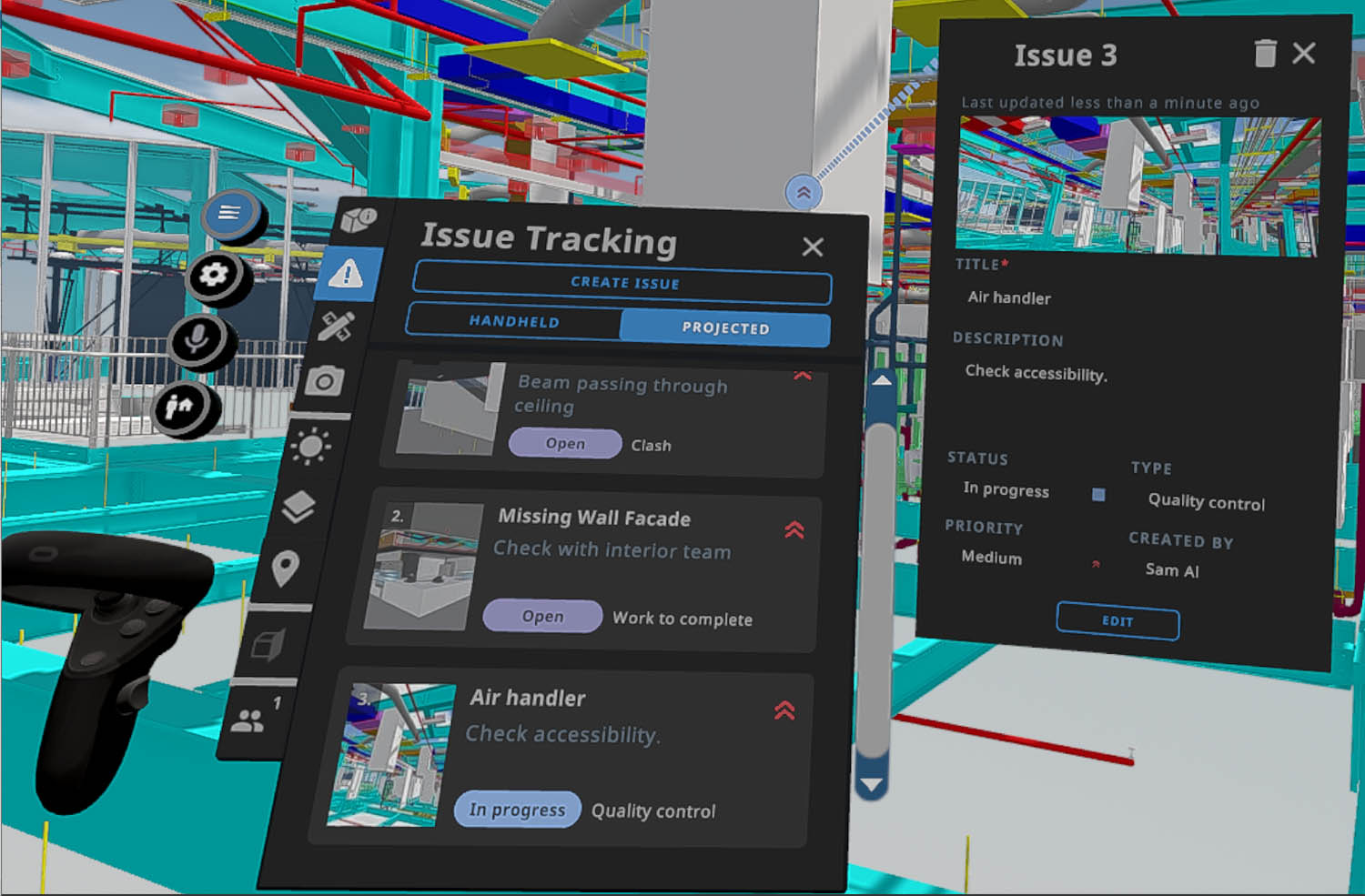